The Samsung Galaxy Note 9 is one of the most anticipated smartphones of 2018, and it seems like its release date has just been revealed by a leaked poster. If you take a look at the provided image down below, you will be able to see the aforementioned poster, and on it, you’ll notice August 24 is noted as a release date for the device. This poster surfaced in South Korea, so it’s possible that a global release date will be slightly different.

In addition to the phone’s release date, this poster also lists some pre-order gifts that will be available, including cases, wireless pads, car chargers, and so on. It remains to be seen if customers in the US and Europe will get incentives via pre-order gifts, we’ll just have to wait and see. Samsung is actually expected to kick off Galaxy Note 9 pre-orders on August 10, as the device itself will become official on August 9 in New York. The Galaxy Note 9 has been leaking out like crazy over the last couple of weeks, we’ve exclusively shared some images and info when it comes to the phone, while a number of other rumors / leaks surfaced along with that. All things considered, it seems like the Galaxy Note 9 will resemble its predecessor, the Galaxy Note 8, and it will ship with a new and improved S Pen stylus, as expected.

The Galaxy Note 9 will be made out of metal and glass, while it will ship with really thin bezels, and a curved QHD+ Super AMOLED display. The device will include two horizontally-aligned cameras on the back, along with a fingerprint scanner, while it will be available in two SoC variants, depending on in which market you purchase the device. The Exynos 9810-powered variant of the phone will be available in Europe, for example, while the Snapdragon 845-powered model will hit the US. The device will ship with 6GB of RAM, and a rather large battery, probably a 4,000mAh battery pack, but we’ll see. 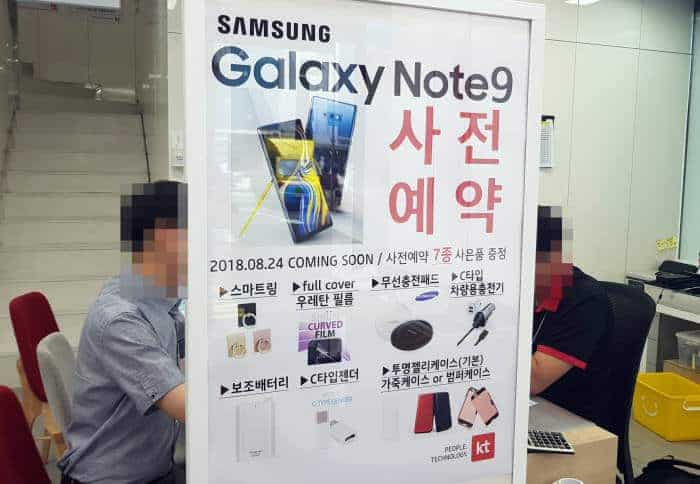