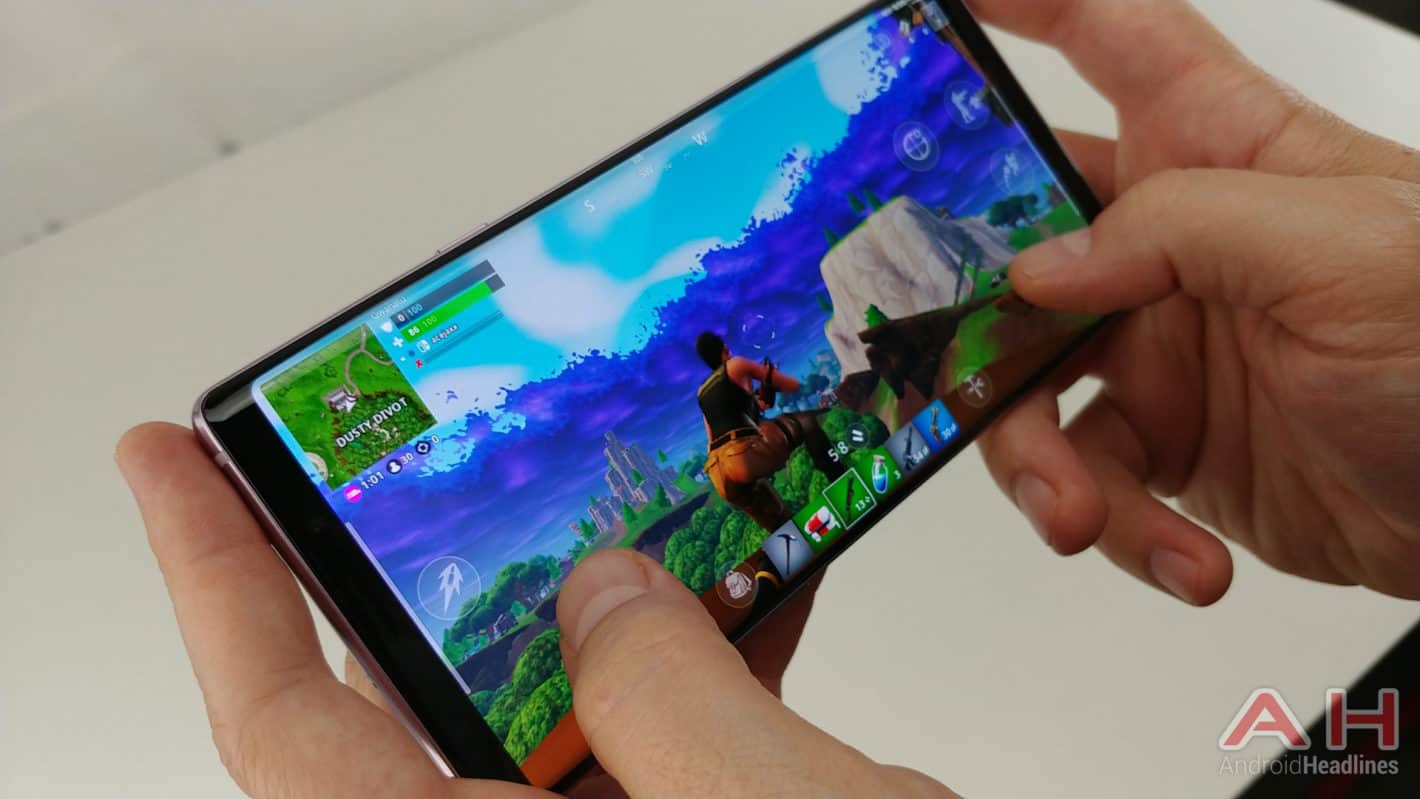 The Galaxy skin for Fortnite: Battle Royale is supposed to only be available to people who buy a Samsung Galaxy Note 9 or Galaxy Tab S4 and then link the device to their account, but it seems people have been walking into stores with demo devices available to play around with, then walking out with the skins. Getting the Galaxy skin once you have the device is simple enough; all you have to do is play three games, win or lose, and the skin will be added to your account. Since it's easy to get yourself killed quickly in a Fortnite match, people can spend just a few minutes with a demo unit to hook up their account and play their three rounds, then delete all evidence of doing so. Samsung and some retailers have not taken kindly to this behavior.

Signage has gone up, and in the case of non-carrier phones found in Samsung stores and Samsung booths at places like Best Buy, some units have been blocked from downloading and playing Fortnite. The restriction is reportedly not in place on many carrier phones, though that could change in the near future. While the unique skin does not have a monetary value assigned to it, it is meant to be an exclusive bonus that incentivizes people to buy Samsung devices. Each device can reportedly only pay out a single skin, so once somebody has hit a demo device, it won't give a skin to another Fortnite account. This means that if the demo device is later decommissioned and sold, the unlucky owner won't have access to the skin unless Samsung or Epic Games steps in.

If you try this trick, expect to meet with some resistance. You may find yourself kicked out of stores, for example. Some stores have been disabling Fortnite on their in-store Wi-Fi, leading players to connect to the mobile game by linking up the demo unit to their daily-driver smartphone's hotspot. Thus far, Epic Games does not seem to be banning players that do this. Neither Samsung nor Epic Games put out an official statement on the matter as of this writing. 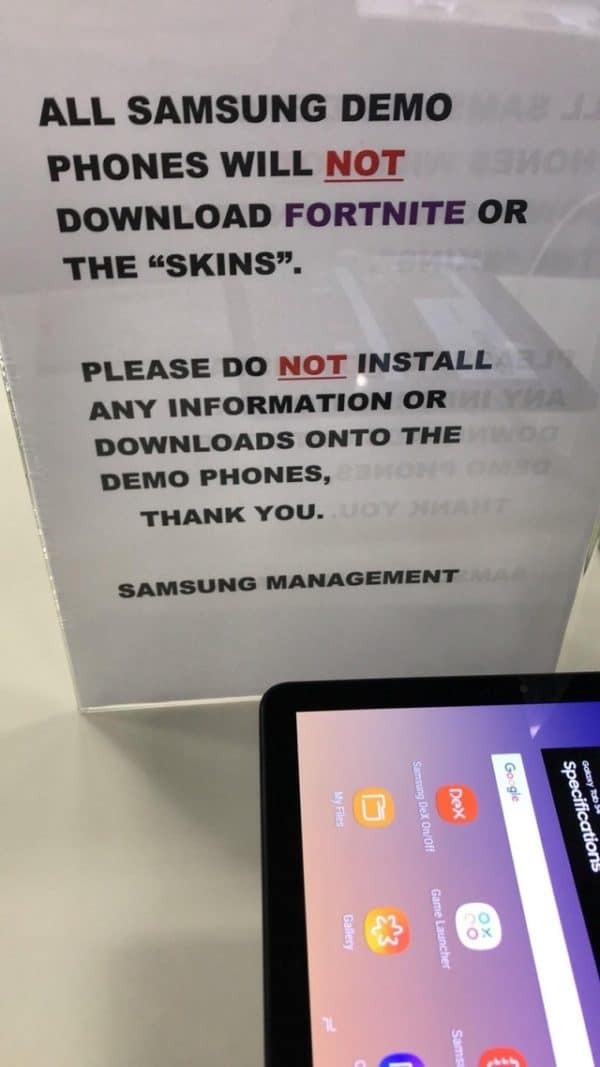