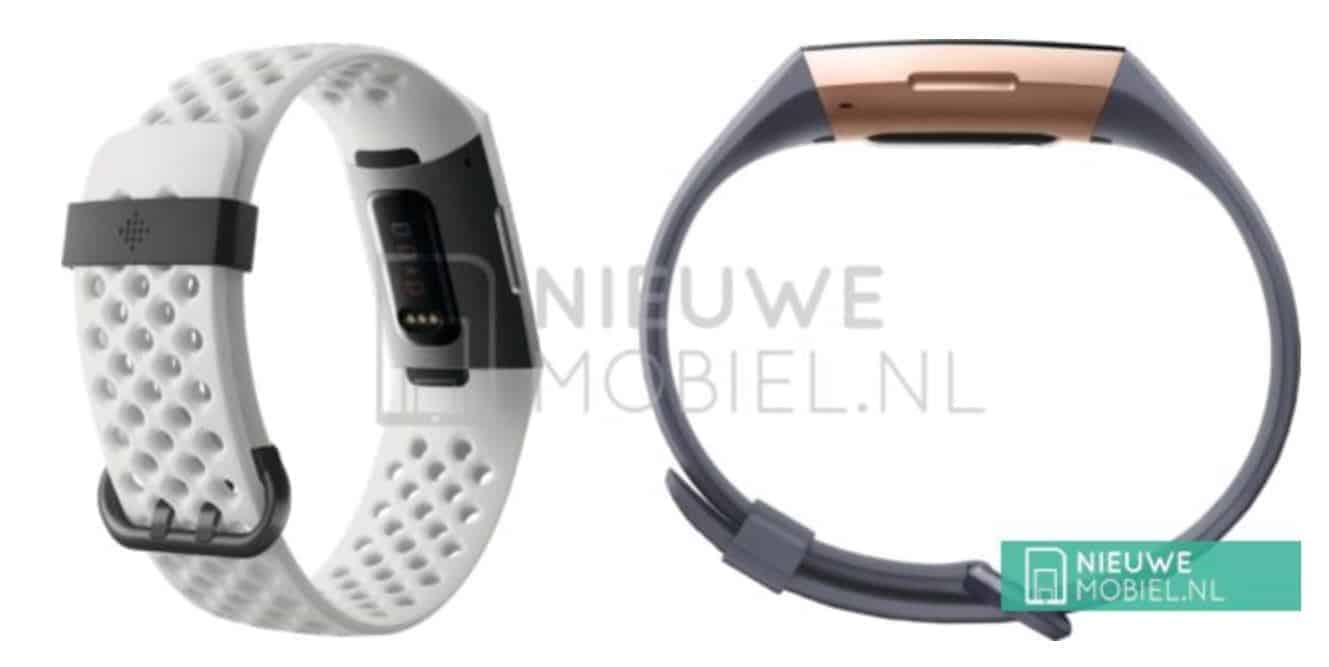 Two renders depicting what's said to be Fitbit's Charge 3 fitness tracker leaked online several days back, having been obtained by Dutch tech blog Nieuwe Mobiel. The images that can be seen in the gallery below show a black, white, and gold variant of the device, in addition to indicating that consumers will once again be given a choice among a wide variety of strap colors, including black, gray, white, and purple. The San Francisco, California-based company may have also decreased the size of the fitness tracker's bezels compared to the Charge 2, though the newly emerged images are inconclusive in that regard.

One major design change compared to the 2016 gadget is a streamlined case that now lacks a physical button on its left side, which may significantly change the manner in which users interact with the Fitbit Charge 3. The tweak may suggest the Charge 3 is equipped with a proper touchscreen and is an upgrade over its predecessor on that front seeing how the Charge 2 was only able to detect taps on the corners of its screen but was relatively inaccurate in doing so, with that functionality being one of the most common points of criticism aimed against the otherwise highly praised gadget.

As Fitbit announced the Charge 2 at the 2016 edition of IFA, the next iteration of the Berlin, Germany-based trade show may also be the even that ends up seeing the introduction of its successor. Regardless of the existence of the upcoming gadget, the consumer electronics manufacturer is presently in the process of moving away from fitness trackers due to an overall decline in sales of this product category and is now committing more resources to full-fledged smartwatches such as the Ionic and Versa, both of which are said to be selling reasonably well so far. Should the Charge 3 end up being announced at IFA 2018 later this month, the wearable is likely to become available for purchase around the world by early fall.