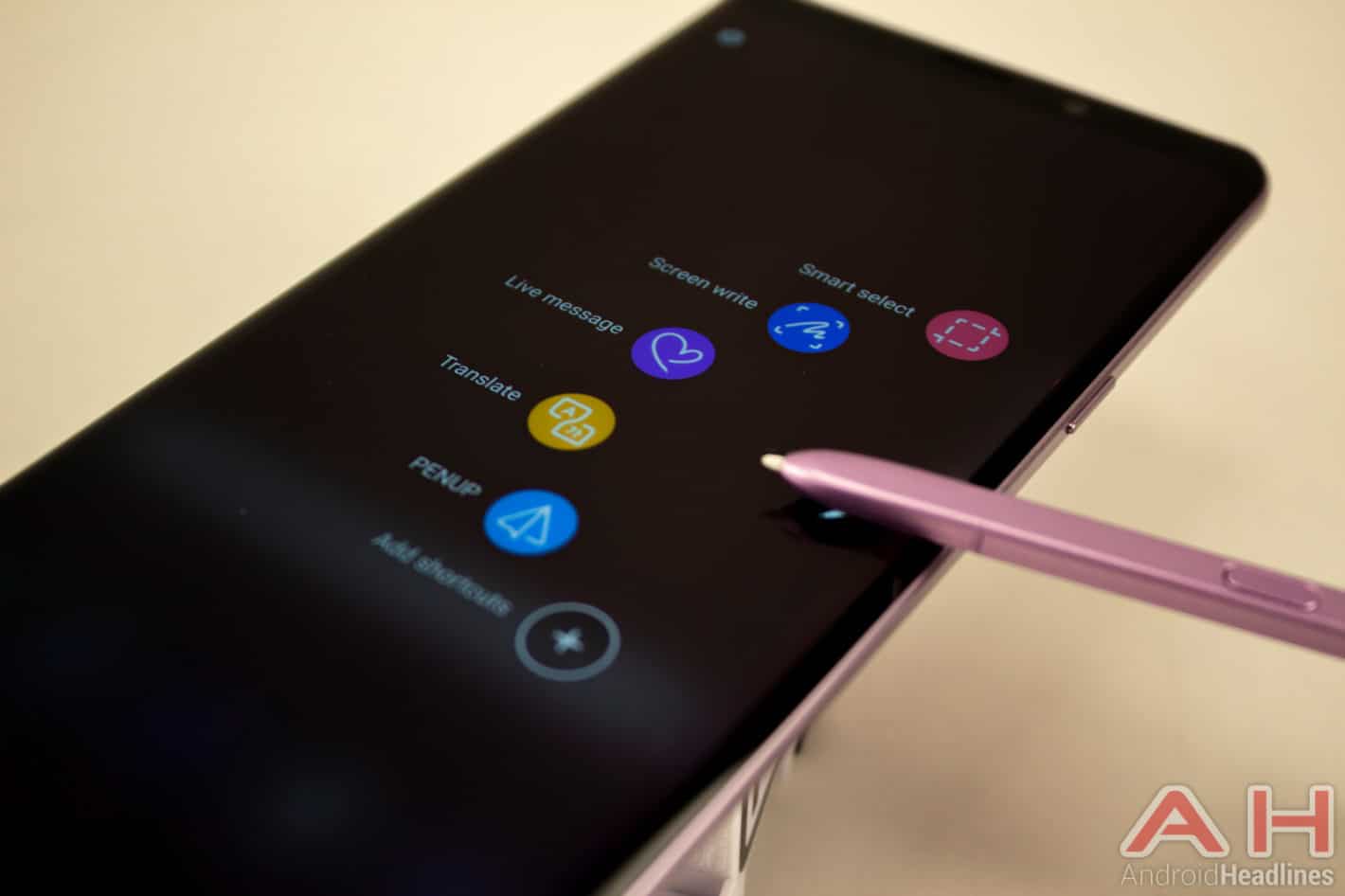 The first-ever Android update for the Galaxy Note 9 appeared online earlier today, having been obtained by SamMobile shortly after Samsung started distributing the firmware package to its latest high-end smartphone. The software build in question has been compiled on August 7, two days before the Galaxy Note 9 was officially announced, and should be available for installation on a global level by the time Samsung's new high-end handset goes on sale this Friday, August 24. On the odd chance that you boot your new Galaxy Note 9 later this week and aren't given the option to install the update even after manually searching for it from the system Settings app, you can attempt flashing the image that's available for download via the banner below, so long as you're aware of the risks associated with such a move.

The firmware itself doesn't debut major changes but introduces more granular controls for the Super Slow-Motion functionality of the device, allowing users to choose between shooting 0.2- and 0.4-second videos at 960 frames per second in the Pro (manual) mode of the Galaxy Note 9's default Camera app. Both options are still capped at a 720p resolution and the change doesn't affect the main Super Slow-Motion mode of the phablet which remains entirely reliant on motion detection, i.e. can't be activated manually. A similar feature was recently added to the Galaxy S9 and Galaxy S9 Plus, though Samsung's other two 2018 flagships limit users to 480fps recordings when they manually select the 0.4-second option.

Given how the Galaxy S9 Plus and Galaxy Note 9 feature identical camera setups and chips, the artificial limit imposed on the former is likely related to its base storage configuration that offers 64GB of flash memory, or half of what the most accessible Galaxy Note 9 model has. Samsung's Galaxy Note 9 is still available for pre-orders around the world and starts at approximately $999, depending on the market.

Advertisement
Download First-Ever Galaxy Note 9 Firmware Update
Trusted By Millions
Independent, Expert Android News You Can Trust, Since 2010
Publishing More Android Than Anyone Else
14
Today
136
This Week
230
This Month
2072
This Year
103551
All Time
Advertisement