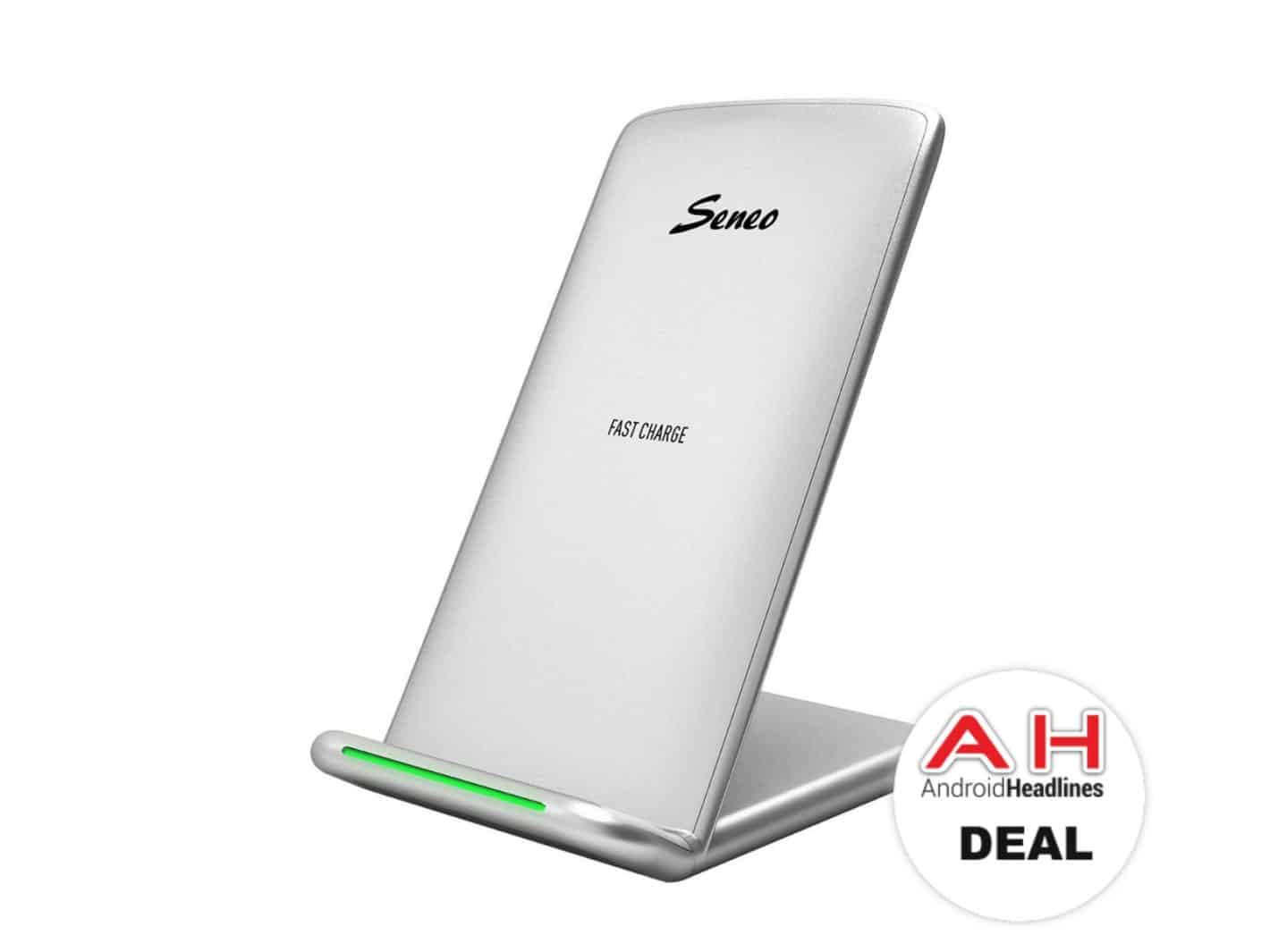 Seneo is offering a special price on its Fast Wireless Charging Stand for AndroidHeadlines readers. This charging stand is typically priced at $19.99, but right now you can pick it up for just $13.99. That’s $6 off of the regular price, but only when you use the promo code 4PTVIBRR at checkout.

The Seneo Fast Wireless Charging Stand is a great wireless charger to pick up since it does do fast wireless charging – for Samsung devices like the Galaxy S6, Galaxy S7, Galaxy S8, Galaxy S9, Galaxy Note 5, and Galaxy Note 8. However, it will also work with any other Qi-enabled smartphone, like the LG G7 ThinQ or V35 ThinQ. With Fast Wireless Charging, Seneo is using 10W of power here, which is going to allow you to charge your phone about twice as fast as normal Qi Wireless Charging. Seneo does not include an AC adapter with this wireless charger, which is why it’s much cheaper than other fast wireless chargers on the market. It does charge using a micro USB cable that does come in the box, so you will only need a wall adapter, which you likely have one if you have bought a new phone recently.

This is a charging stand, which makes it a great wireless charger to use on a bedside table or any other table, and it will still work as a clock – especially if you have a device with always-on display. Seneo has a LED light at the bottom of the stand that will light up to indicate that the phone is charging and it will change to green once it is fully charged. So it’s pretty easy to see when it is done, and make sure that it is charging before you go to bed. One of the advantages of a stand over a pad, is the fact that it is less likely to slide off of the stand. That is a common problem with charging pads. This price for the Seneo Fast Wireless Charging Stand won’t be discounted for long, so you’ll want to grab it from the link below before it’s gone.