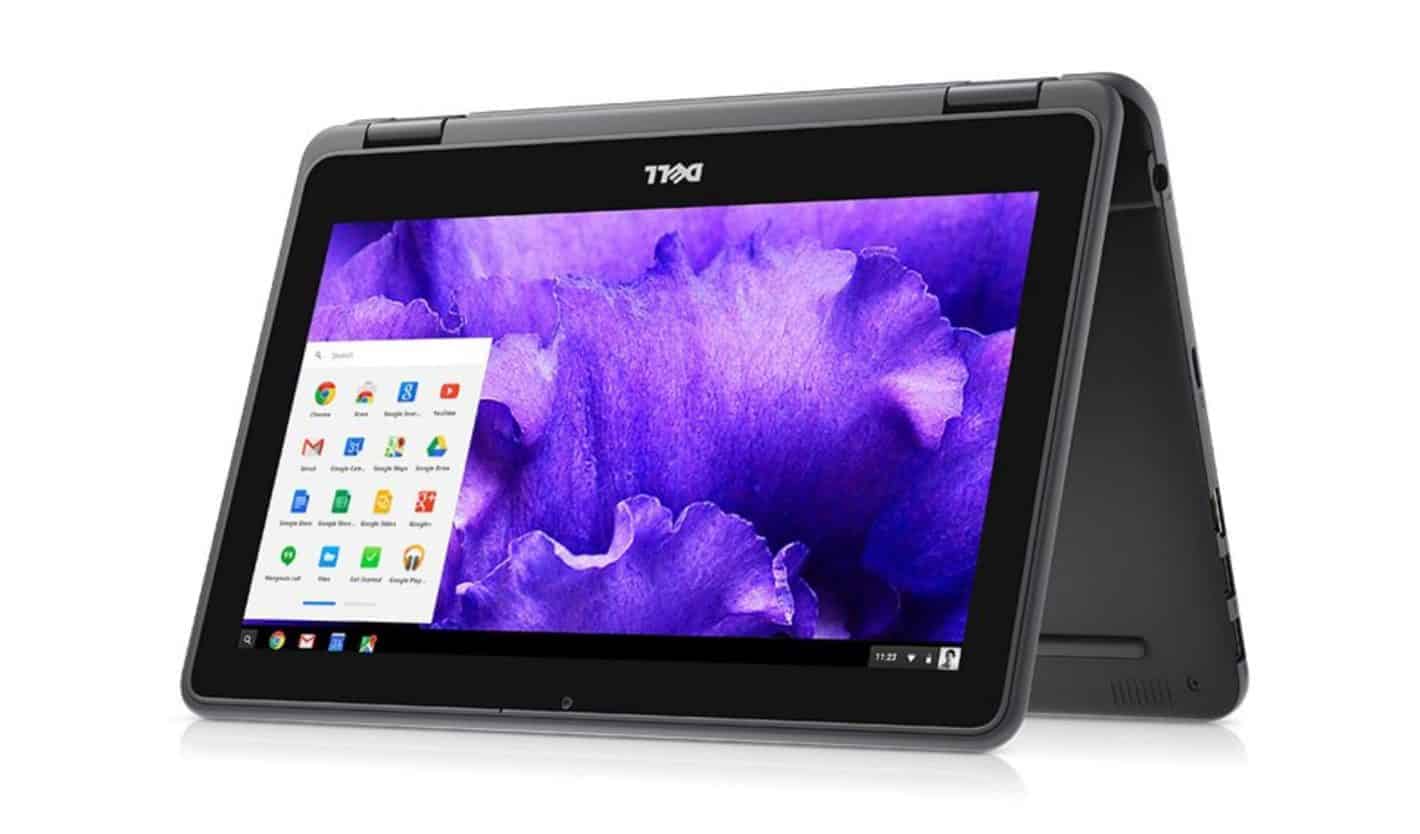 A total of three purchase options are now available for two separate takes on an 11.6-inch Chromebook recently launched without fanfare by Dell. Dubbed the Inspiron Chromebook 11 and Inspiron Chromebook 11 2-in-1, the new additions to the company’s Chrome OS offerings are nearly identical with just a few big differences. The most obvious of those is that the latter device’s 360-degree hinge allows for laptop, tent, and tablet modes to take full advantage of Android and touch-based web applications. Slight variations are also visible in the more general shape. Along one side of the black or gray “composite” exterior – as it only ships in one color per device – the devices are identical. That side houses two USB 3.1 ports, an HDMI output jack, an SD card slot, and an AC charging port. Along the other side is a headphone jack, Noble lock slot, and power indicator, but the hybrid version also features power and volume buttons for when the Chrome OS device is in tablet mode.

Another slight difference is present in the measurements of the devices, with the entry-level Inspiron Chromebook 11 measuring 20.75mm x 303.3mm x 206mm and weighing in at 1.4Kg. That’s compared to the Inspiron Chromebook 11 2-in-1’s 20.75mm x 303.8mm x 207.9mm and 1.43Kg heft. Setting aside those differences, each version of the new Chrome OS devices packs in 4GB memory backing up an unspecified Intel Celeron processor across the board. The display panel on both is set at 1366 x 768 HD resolution and the integrated 42-watt-hour battery holds a claimed ten hours of charge. In terms of durability, Dell’s description indicates a spill-resistant keyboard is part of the build as well as a ‘kid-friendly’ impact-resistant design.

Having said all of that, pricing is not the same and appears to mostly come down to storage and functionality. The more standard laptop-style Inspiron Chromebook 11 starts out the least expensive. $199.99 nets buyers the above-mentioned specs with 16GB of eMMC flash storage. Meanwhile, at just $20 more, users can pick up the same device with 32GB of storage. Finally, a third buying option includes a fog gray protective Dell-branded sleeve for the device, raising the price by another $20 to $239.98. With regard to the Inspiron Chromebook 11 in its 2-in-1 configuration, pricing starts at $279.99 for 32GB storage. The price only moves up to $299.99 for double that capacity and, as with the other new Chromebook 11, an additional $20 adds a sleeve to the offer.