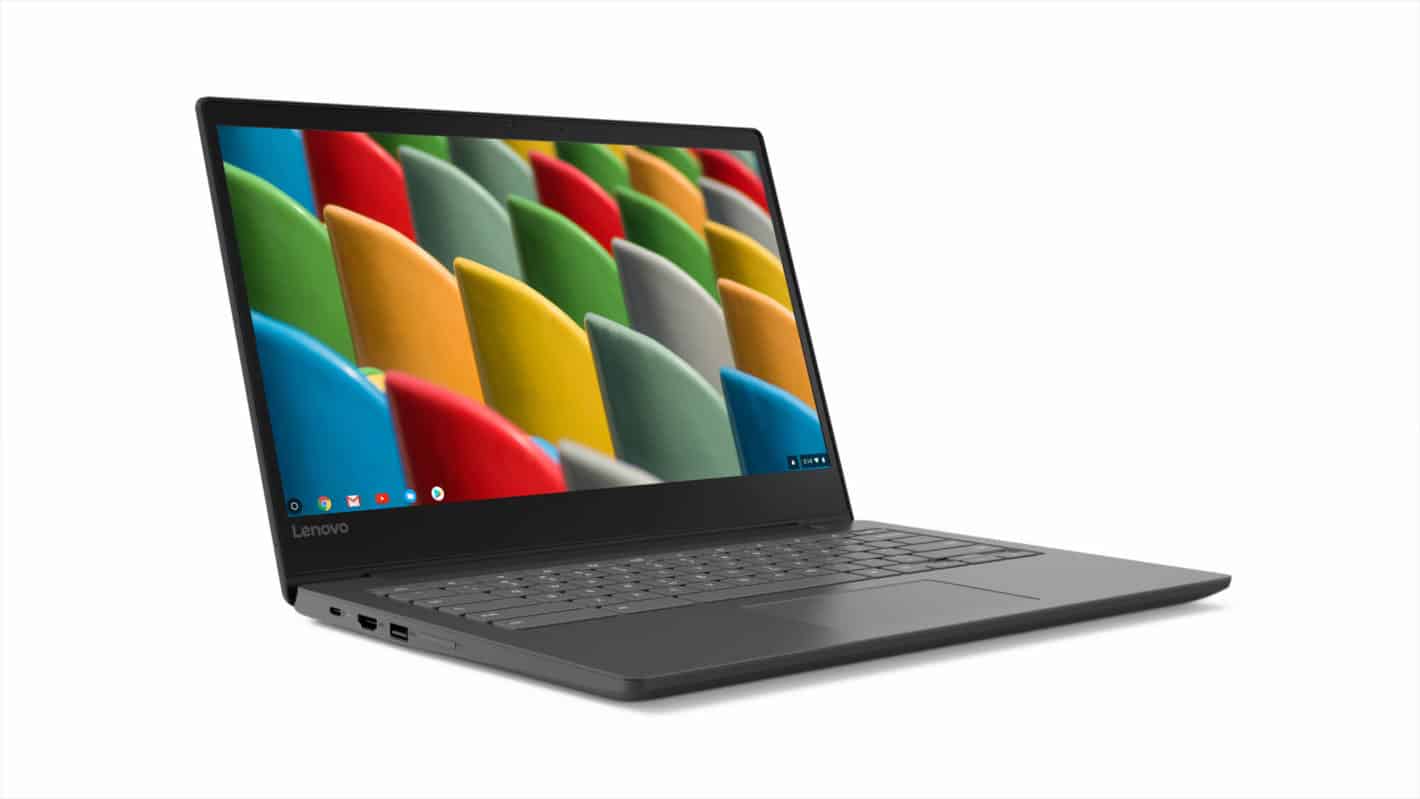 Lenovo has now officially launched a new budget Chrome OS device, marketed as the Lenovo S330 Chromebook, in conjunction with this year's IFA 2018 technology event. Set to begin hitting the consumer market in November and with a starting price just under $250 – or €279 for the EMEA market. The S330 Chromebook is a traditional clamshell-style device with a 14-inch display. That panel is already among the larger screens to ship on any Chromebook in its price range. However, Lenovo has indicated that will also be available in either an HD (1366 x 768) or Full HD (1920 x 1080) LCD resolution. That could set the new Chrome OS device apart from the competition in its bracket even further as a high-value offering with more choices available. Above the display, Lenovo has chosen to include a 1-megapixel 720p HD webcam and a single microphone. Despite its overall size, measuring around 325.7 x 232.35 x 20.8mm, the Lenovo S330 Chromebook's weight is kept relatively low at just 3.3lbs.

Meanwhile, options will also be available with regard to storage for Android applications from the Chrome OS device's built-in Google Play Store app. Each configuration will include a standard, but respectable, 4GB LPDDR3 RAM with the choice of either 32GB or 64GB of flash storage. Performance of those applications, conversely, is going to be driven by a MediaTek 8173C quad-core ARM processor clocked at 2.10GHz while graphics are processed by an integrated MediaTek unit. Lenovo claims the battery embedded in its new Chromebook should last for an average of around ten hours between charges. Power for that battery is provided via a USB Type-C port.

Beyond charging, that port allows for display-out and file transfers. In spite of that, Lenovo has also included both an HDMI and standard USB 3.0 port as well. So users will be able to charge up or move files around and between peripherals without unplugging from a larger display. In terms of other connectivity options, the S330 Chromebook also features a combination internal Wi-Fi 802.11ac 2×2 and Bluetooth 4.1 card. Of course, those aren't the only ports included with the new Chromebook. An SD card reader and 3.5mm headphone jack are also included, with all ports but the last of those fitted along the left-hand edge of the keyboard. Stereo speakers are symmetrically positioned on either side of the bottom on the newly announced Chrome OS device. All of those features are packed into a single matte black color scheme, which the company calls "Business Black."