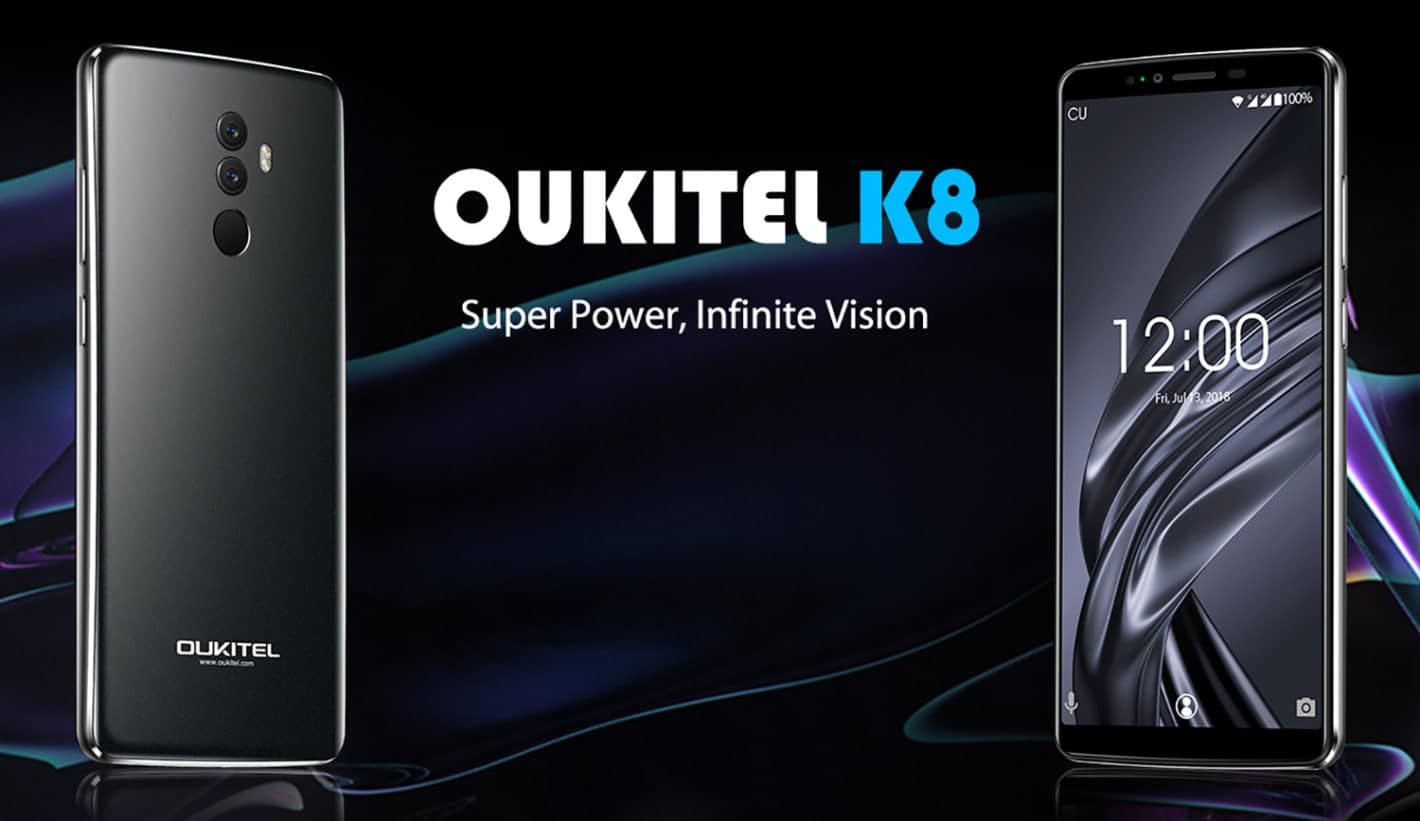 The OUKITEL K8 is one of the company's newest smartphones, and OUKITEL has just released a new promo video in which one of the company's employees unboxes the device. The OUKITEL K8 comes in a rather clean, white box, and as soon as you open it, you'll be able to see the device, which comes with a regular silicone case pre-installed. Once you remove the phone, and the first layer of plastic, you will get access to the rest of the content, including the user manual, charging cable, charging brick, warranty card, and a SIM tray ejector tool.

In the aforementioned video, OUKITEL also fired up the device in order to show everyone the phone's software, which is quite stock-looking. OUKITEL did add some of its features on top of Android, but this is still a rather light, stock-like version of Android. The OUKITEL K8 comes with rather thin bezels, and its display corners are rounded. The phone is made out of metal and glass, and along with two cameras on the back, the company also included a fingerprint scanner. OUKITEL's logo is also visible on the back, while a regular microUSB port sits on the bottom, along with the phone's loudspeaker. The phone's back is curved on the sides, while all the physical buttons sit on the right-hand side of this smartphone. A 3.5mm headphone jack is also included in the package, it's located at the very top of this phone.

The OUKITEL K8 will become available on Banggood on August 20, and the company has promised the phone will be more affordable during the pre-order period. The phone is currently listed on Banggood for $159.99, but it's still not available for purchase. On the other hand, the device is listed on AliExpress as well, and it is available to purchase from AliExpress for $139.99 at the moment. The OUKITEL K8 features a 6-inch fullHD+ display, 4GB of RAM and 64GB of expandable storage. This phone is fueled by the MediaTek MT6750T 64-bit octa-core processor, while Android 8.0 Oreo comes pre-installed on the device. 13 and 2-megapixel cameras are included on the back of this phone, while a 5,000mAh battery is also a part of the package.