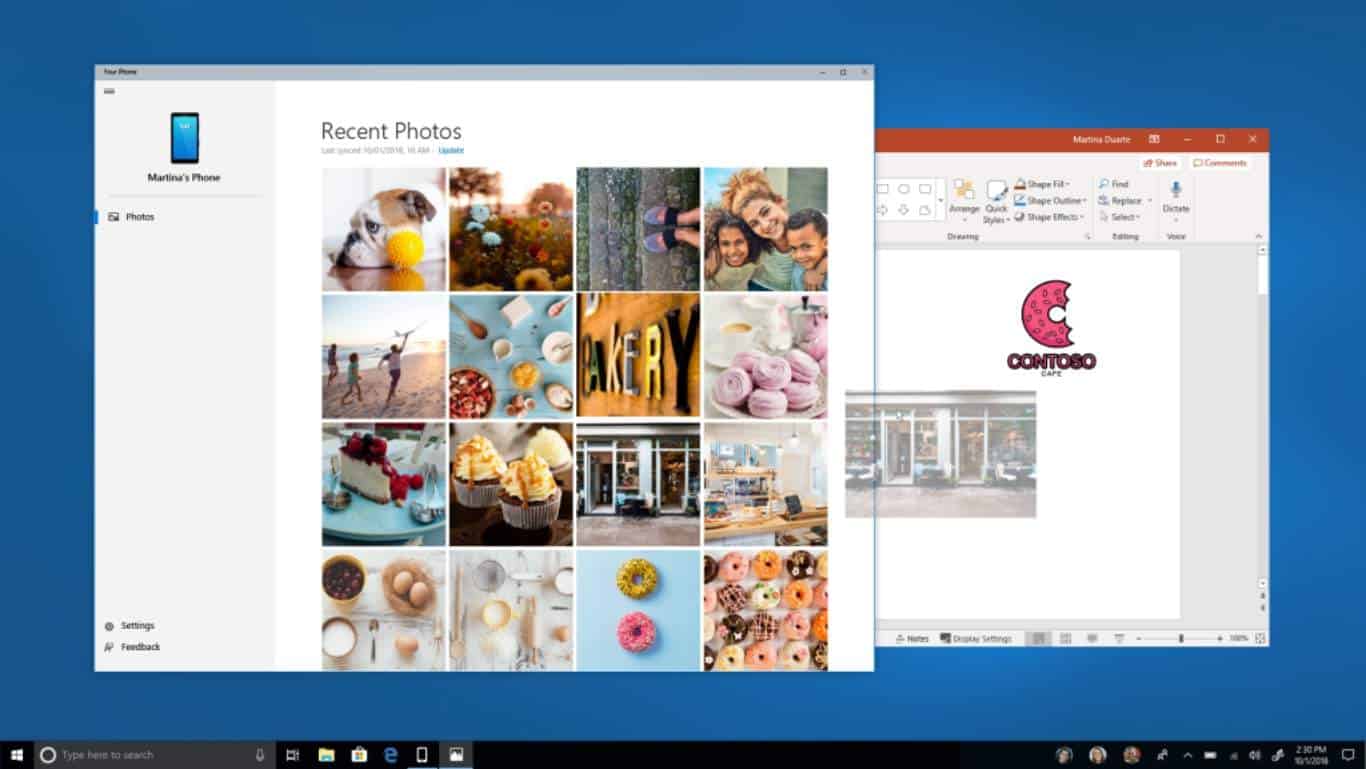 Microsoft took to the stage at its yearly Build conference to announce Android support for its Your Phone app, allowing photos taken in Android to be automatically synced with a Windows 10 PC. For now, the features will only be available in the latest Insider Preview Build – version 17728 – but that should mean they will arrive soon enough for the more general userbase. Those participating in the Windows beta preview program should already see the feature arriving. Meanwhile, the company also says the Your Phone app for Android will be getting even better over the coming weeks. Namely, a future update will be adding a desktop pin for rapid access to the application and a user's Android content. With the new app functionality in place, users will no longer need to link their phone via a cable or send pictures to themselves via other means to get them loaded on their PC. Instead, they'll show up almost immediately, depending on connectivity conditions.

Using the application is also straightforward; after launching it, users will be prompted to download a second app that gets installed on their mobile device. True to Windows custom, further prompts will guide users through the setup process. The exception to availability at this point is PCs that are tied in with the China region. Microsoft is still working on an approved version of the app for the area and that will arrive at an undisclosed future date. The only other caveat is that the Your Phone app is only compatible with Android devices running Android 7.0 (Nougat) or newer. As of July, that's nearly half of all Android handsets – at around 42.9-percent of Android users.

For the time being, the application for this latest attempt to bring Android and Windows closer together doesn't appear to be available through the Google Play Store. That means the download provided by Microsoft within the Your Phone Windows application is likely to be either side-loadable or only available via a special link to the Play Store. As of this writing, no timeframe has been given for the official launch of the new app features.