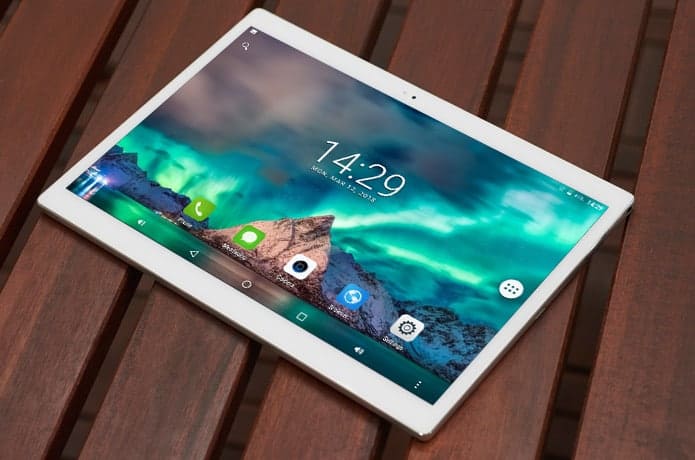 ALLDOCUBE has launched the ALLDOCUBE X crowdfunding campaign on Indiegogo, in case you're interested in backing it, and getting the device. The ALLDOCUBE X is a tablet, a 10.5-inch tablet, to be exact, which is something we don't see that much anymore. The ALLDOCUBE X does sport a rather appealing design, while its 'price tag' on Indiegogo is not that high either.

The Super Early Bird price for the ALLDOCUBE X is $199, though you will need a special link from ALLDOCUBE in order to get access to that price, and only 100 consumers will get it. Pricing for other backers starts at $219, that is a price tag for a single ALLDOCUBE X (18-percent off). If you opt to get two ALLDOCUBE X tablets, you will need to pledge $419 (22-percent off per piece), while you can get five of these tablets for $1,029 (23-percent off per piece). Now, in terms of specs, the ALLDOCUBE X is a very well equipped tablet, it sports a 10.5-inch QHD Super AMOLED display (16:10 display aspect ratio), while the device is fueled by the MediaTek MT8176 processor. Android 8.1 Oreo comes pre-installed on the device, and it has support for Project Treble, says ALLDOCUBE. An 8,000mAh battery is included in the device, and it is not removable, while it does support MediaTek's Pump Express+ fast charging. The device also comes with 4GB of RAM, in case you were wondering.

The ALLDOCUBE X utilizes on-screen buttons, and its frame is made out of metal. The device has two speakers on the bottom, in between which you will notice access to the device's SIM card tray. A Type-C USB port is included in the package as well, and the same can be said for a 3.5mm headphone jack. A side-facing fingerprint scanner is also included, while the device is only 6.9mm thick. ALLDOCUBE has already raised more than enough money for this device, and if you're interested in backing it, follow the link / banner down below.