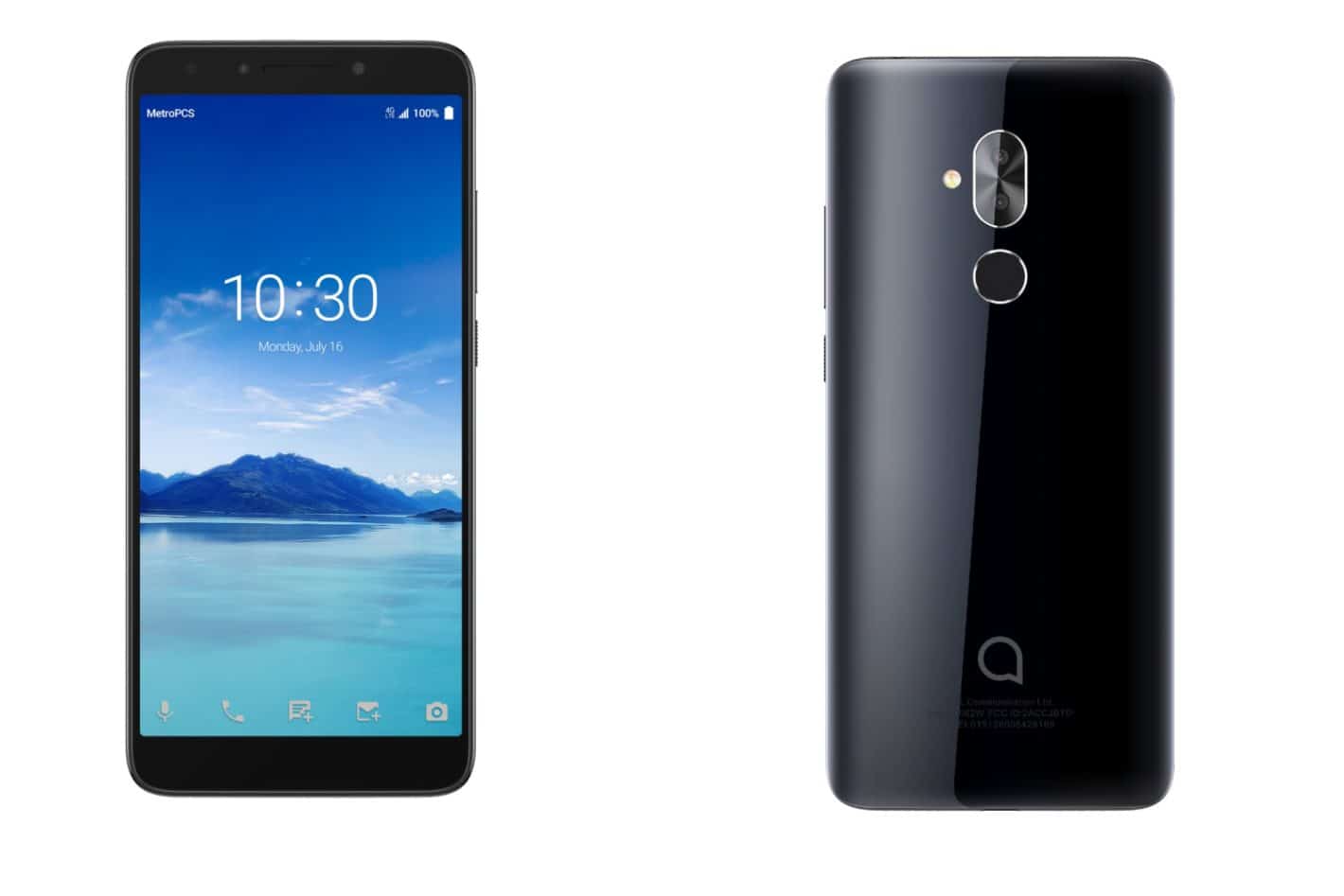 TCL today announced the Alcatel 7, its latest mid-range smartphone that will be available on MetroPCS beginning today. The Alcatel 7, despite its name, actually sports a 6-inch display, and will be priced at $179 on MetroPCS. So far, there's no word on whether the Alcatel 7 will be coming to other carriers – prepaid or postpaid.

The Alcatel 7 sports a 6-inch display with a full HD+ resolution (that's 2160×1080 resolution for an 18:9 aspect ratio). There is a MediaTek MT6763T octa-core processor inside, clocked at 2.5GHz, along with 2GB of RAM and 32GB of storage. Alcatel has kept a micro SD card slot here, so that you can expand storage, should you need some more space. On the back of the Alcatel 7, you'll find a 12-megapixel camera and a 2-megapixel camera. The secondary, 2-megapixel camera, is largely there for depth information, and won't actually be taking any pictures. The front-facing camera is an 8-megapixel sensor, that also has a flash for taking some great selfies in darker situations. Alcatel has a 4000mAh capacity battery here, which does support quick charge. Since it's a MediaTek processor powering the Alcatel 7, it's a different quick charge standard – and it will be around 2.4A speed versus the 3A speed you'll find on newer Qualcomm-based smartphones.

With the Alcatel 7, you can get an immersive display, and it won't break the bank – or using a notch. Alcatel also includes some easy ways to secure your smartphone, using either the fingerprint sensor that is found on the back below the dual-camera module, or using facial recognition. With the fingerprint sensor, Alcatel has added some shortcuts, so you can map a specific app to each of your fingers. For instance, you can use your right, ring finger to open up Twitter, instead of having to press home, then find the Twitter app and open it. Finally, the Alcatel 7 is running on Android 8.1 Oreo, there is no word on whether it will get updated to Android 9 Pie, however. The Alcatel 7 is available beginning today from MetroPCS. You can pick it up in-store, or by visiting MetroPCS website at the link below.

Advertisement
Buy Alcatel 7 At MetroPCS
Advertisement
Trusted By Millions
Independent, Expert Android News You Can Trust, Since 2010
Publishing More Android Than Anyone Else
22
Today
22
This Week
304
This Month
4288
This Year
105765
All Time
Advertisement