The most premium variant of Samsung's upcoming Galaxy Note 9 will cost over $1,200 in the company's home country of South Korea, local media outlet ETNews reports, adding that the device will start at the equivalent of $980. The base figure is in line with last year's Galaxy Note 8 lineup, with the 64GB model of that device retailing for approximately $950, depending on the market. The same source also shared a photograph that can be seen below and depicts a poster promoting Samsung's next Android phablet and giving more credence to previous reports indicating the handset will be released globally on August 24, fifteen days following its official announcement in New York City.

The poster shows the Deep Sea Blue variant of the Galaxy Note 9 that already leaked on several occasions in recent weeks and will be paired with a bright yellow S Pen stylus. The latest report hence reiterates several previous claims about Samsung scrapping the 64GB base storage configuration from its high-end devices some two years after introducing it with the ill-fated Galaxy Note 7. The base model of the Galaxy Note 9 is now expected to offer 128GB of flash memory and 6GB of RAM, whereas the top-tier version of the device is said to feature 8GB of RAM and 512GB of storage.

A 256GB model is also understood to be on the cards but it's presently unclear which markets Samsung might be targeting with it. One Germany-based insider recently suggested the company will offer the most capable variant of the device in the West, thus breaking with its tradition of reserving such high-end devices for South Korea and China. Due to VAT rates of EU member states, the most premium version of the Galaxy Note 9 may cost as much as $1,500 on the Old Continent, according to the same source. Samsung will be announcing its next Android flagship on August 9, having opted to launch the new addition to the Galaxy Note line earlier than usual due to weak Galaxy S9 sales, the company said as part of its second-quarter financial report published yesterday. 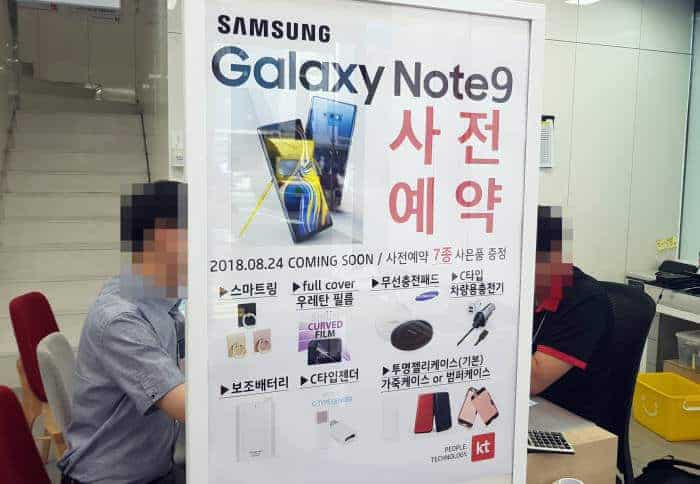