The Xiaomi Mi MIX 3 is for sure one of the most anticipated Xiaomi-branded smartphones in 2018, and the phone’s partial render and sketch have just surfaced in China. If the provided info is to be believed, the Xiaomi Mi MIX 3 will sport a Vivo NEX-like slide-out selfie camera. Other than that, the leaked phone resembles the Xiaomi Mi MIX 2 quite a bit, and it remains to be seen if the slide-out camera will help the company trim the bottom ‘chin’, and it should, as the front-facing camera is located below the display in the Mi MIX 2S.

As you can see, the device shown in the gallery sports a vertically-aligned dual camera setup on the back, while an LED flash is placed in-between those two snappers. All the physical keys are included on the right-hand side of the phone, while the phone’s display sports rounded corners. It seems like metal and glass / ceramic will be a combination once again, and the SIM card slot will be accessible from the left. It’s worth noting that it’s possible that this leak is fake, and that someone just included a slide-out camera on top of the Mi MIX 2S, as this phone is really similar to the Mi MIX 2S, but only time will tell. The second image in the gallery shows a sketch of the alleged Mi MIX 3, and that sketch focuses on the slide-out camera, which seems to sport a really similar mechanism to the Vivo NEX, as already mentioned. The camera will slide out only when you switch the view to the front-facing camera through the phone’s camera application, other than that, it will be tucked away on the inside of the phone.

The Xiaomi Mi MIX 3 does not sport a thin ‘chin’ below the display, but if Xiaomi opts for a slide-out camera, that bezel will become even thinner, and may bring Xiaomi really close to a fully bezel-less smartphone, as the Mi MIX 2S’ only roadblock for such a design is the bottom bezel. The Xiaomi Mi MIX 3 may also ship with an in-display fingerprint scanner, though it remains to be seen if that will be the case. The third image in the gallery allegedly also shows the Mi MIX 3, though truth be told that is probably just a third-party concept (same goes for fourth and fifth image), but who knows. In any case, it indicates that the bottom chin will be almost non-existent, and that an in-display fingerprint scanner will be a part of the package. 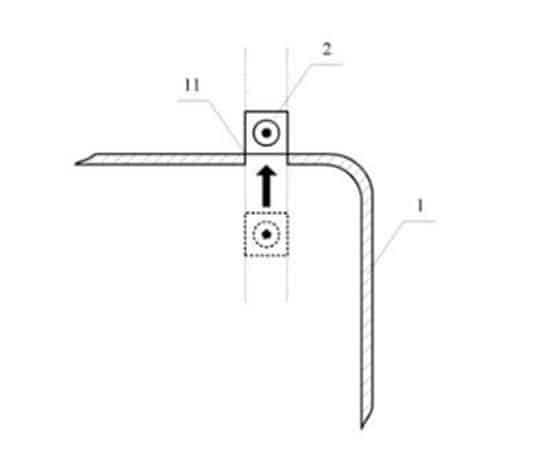