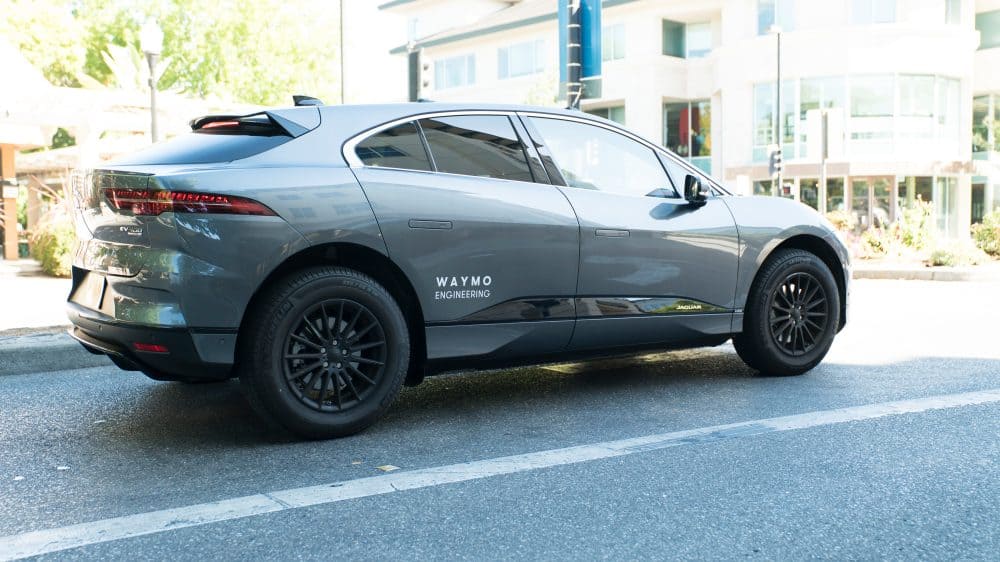 Jaguar has just delivered the first production models of the all-electric I-Pace, the first models are headed over to Waymo’s headquarters in Mountain View. Waymo actually ordered about 20,000 of the I-Pace from Jaguar, and it plans to use them for testing of its autonomous software. These cars would join the Chrysler Pacifica and Lexus RX450h that it already has in its fleet.

Now Waymo isn’t getting all 20,000 of the I-Pace SUVs today, but it does plan to incorporate them into its fleet by 2020. The I-Pace is going to start out at $69,500 in the US, so these are not cheap SUVs from Jaguar, but that comes with the territory of it being an all-electric vehicle as well as a luxury vehicle. The I-Pac is rated at getting around 240 miles on a single charge, which is actually pretty decent for a SUV, seeing as all-electric sedans are just a tad over 300. Of course, those take less power, and can pack more battery than a SUV.

The plan for Waymo is to outfit the I-Pace with its LiDAR and other hardware to make these self-driving vehicles and then add them to their fleet alongside the Pacifica minivans. It’s likely that Waymo wanted the I-Pace because it does offer a different vehicle style than the Pacifica, and it is also still all-electric. Waymo’s plan with its self-driving car hardware and software is to build a ride-sharing company, and having an all-electric car is necessary, as it won’t need to worry about getting someone to pump gas, it just needs to go somewhere and charge (perhaps overnight). Waymo does already have the I-Pace on streets in the Bay Area, driving autonomously. So now, if you are in the Bay Area (specifically, closer to Mountain View or even in Mountain View) you’ll likely see self-driving Chrysler Pacifica and Jaguar I-Pace vehicles running around.