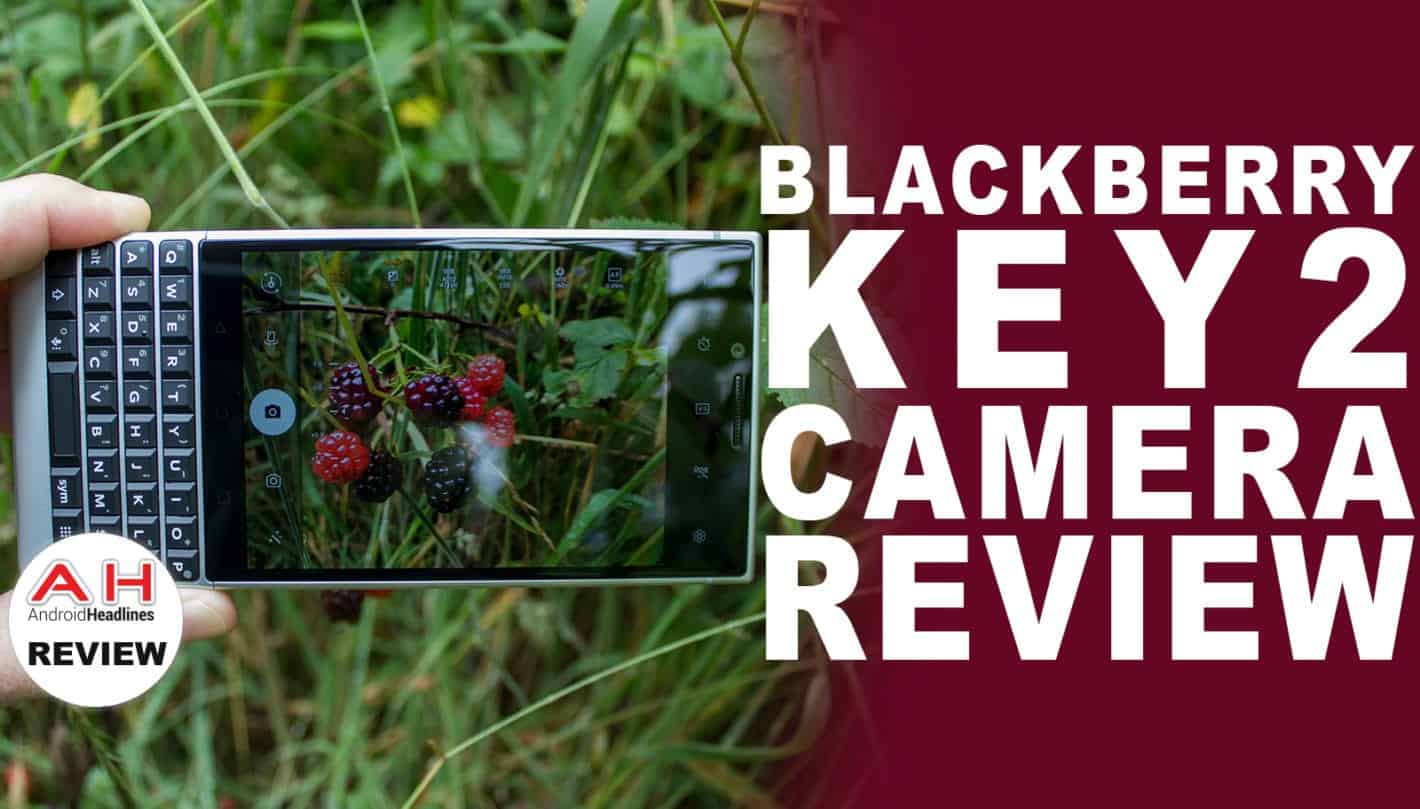 The BlackBerry KEY2 marks the first BlackBerry phone with a dual-camera setup, and some seriously good looking sensors as well. The main rear camera is a 12-megapixel sensor with 1.28-micron size pixels and Dual Pixel Phase Detection Autofocus, behind an f/1.8 lens with 79.3-degree FoV. The secondary rear camera is also a 12-megapixel sensor, but with smaller 1-micron pixels and standard PDAF, situated behind an f/2.6 lens with 50-degree FoV (which is  basically 2x optical zoom). A single 8-megapixel camera resides up front with no notable specialties. Since this is a dual-camera setup, BlackBerry has included a portrait mode alongside the usual suite of photo and video recording modes.

That nice wider-angle lens on the main rear camera is quite noticeable when directly comparing it to a number of other smartphones out there. This helps pull in more visual information without looking like a wide-angle lens, and BlackBerry is offering a 50mm lens on that secondary sensor to help with zooming into details as well. This secondary lens can be used for portrait mode as well, which gives the background an extra level of blur to create a bokeh-style effect, commonly found on photos shot on a DSLR camera. The main sensor features dual-pixel phase detection autofocus (DPDAF) to achieve near-instant focusing times, making sure that your shots are always in focus, and focusing on the right thing, every time.

4K recording at 30FPS is supported, and slow-motion recording in 720p resolution at 120FPS as well. This isn’t super slow motion recording as we’ve become accustomed to with many 2018 flagships, and unfortunately, it’s not even full-HD slow-motion either. The standard 4K recording mode is quite good though, as it has excellent dynamic range and detail levels, but doesn’t offer the same rate of image stabilization that we’ve seen on other flagship smartphones, notably the OnePlus 6 or the HTC U12+.  You’ll find the camera is definitely the best found on a BlackBerry phone though, and only helps to add to the already excellent overall package found in the BlackBerry KEY2. Check out our video review below to see everything for yourself, and don’t forget to subscribe to us on YouTube as well!