Skip to content
Advertisement
Trusted By Millions
Independent, Expert Android News You Can Trust, Since 2010
Publishing More Android Than Anyone Else
16
Today
16
This Week
254
This Month
5523
This Year
123071
All Time
Advertisement 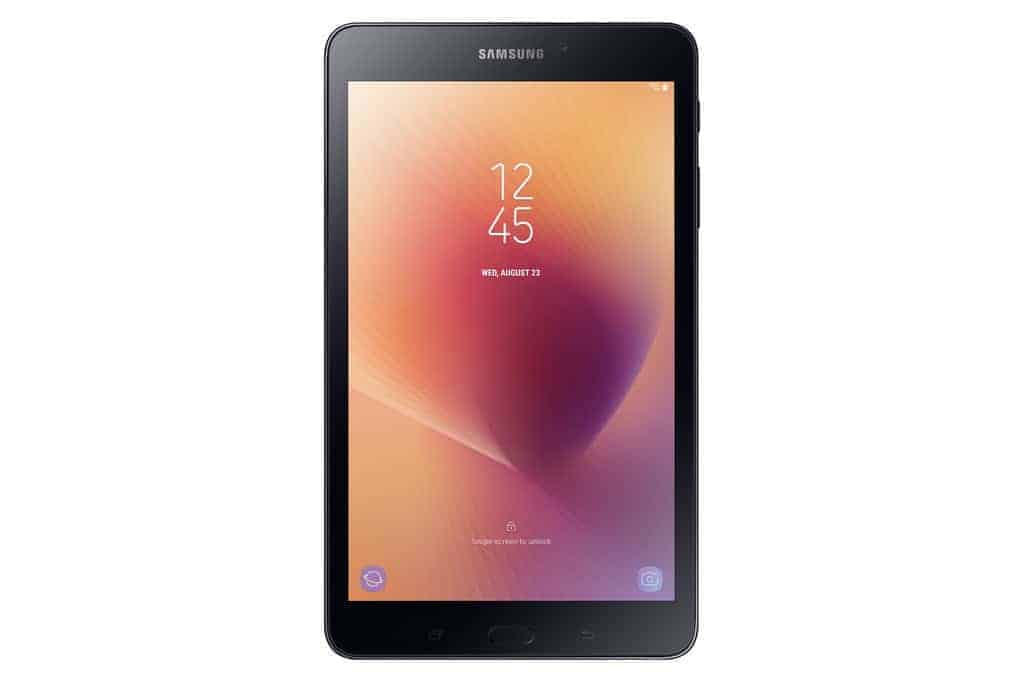 No fewer than six variations of a mobile-ready Samsung tablet have cropped up for certification through the Wi-Fi Alliance. That could indicate a brand new tablet is on the way from the Korean tech giant but the model numbers assigned to the devices don’t necessarily back that up. Following Samsung’s typical naming conventions, the expectation would be that a 2018 iteration of a similarly named tablet would bear the model number SM-T395. The 2017 model of the Samsung Galaxy Tab A LTE bore the model number SM-T385 while the new model numbers all begin with SM-T387, followed a letter designation. That would be a similar naming convention followed for the slightly updated rerelease of Samsung’s Galaxy Tab S2 back in 2016. So these appear to be something in between the Samsung Galaxy Tab A from last year and a completely new generation of Galaxy Tab A tablet.

Meanwhile, each of the six listings shows that the tablet is compatible and certified for Wi-Fi 802.11 a/b/g/n protocols and “other.” That would seem to suggest that there is another type of primary connectivity associated with the tablets listed and fits well with the letter designations assigned to each one. Based on Samsung’s history of naming for its device models, at least five of those may be identifiable with regard to which cellular network they might be headed to. SM-T387AA will most likely ship to AT&T while Sprint would be receiving the SM-T387P. Meanwhile, T-Mobile’s would presumably be model SM-T387T, followed by Verizon with tablet model SM-T387V. U.S. Cellular is the most likely pick for model SM-T387R4. Finally, SM-T387VK may be a carrier-unlocked variation on the design or headed somewhere else entirely.

The originally released Samsung Galaxy Tab A (2017) was already available with options for LTE connectivity. Since this is a Wi-Fi Alliance certification, however, there’s not much more than can be gleaned from listings. At the budget end of the Android tablet spectrum, Samsung could certainly stand to improve the device’s RAM and storage, with a possible boost from 2G to 4GB and 16GB to 32GB, respectively. It may also opt for a newer octa-core SoC rather than the original’s 1.4GHz quad-core processor but there’s no way to know for sure at this point. Each of the new tablets is listed as shipping with Android 8.1 out of the box. 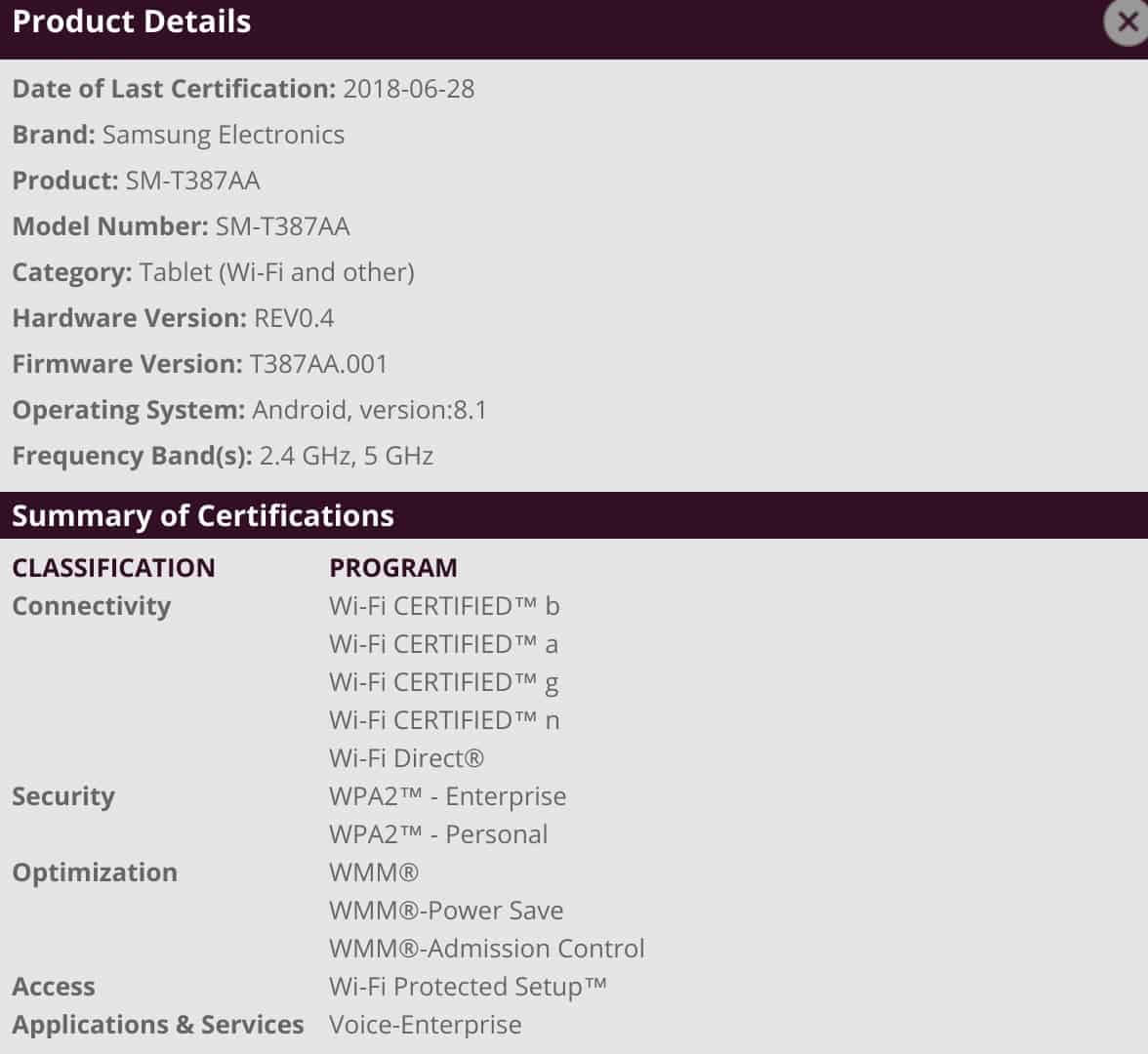 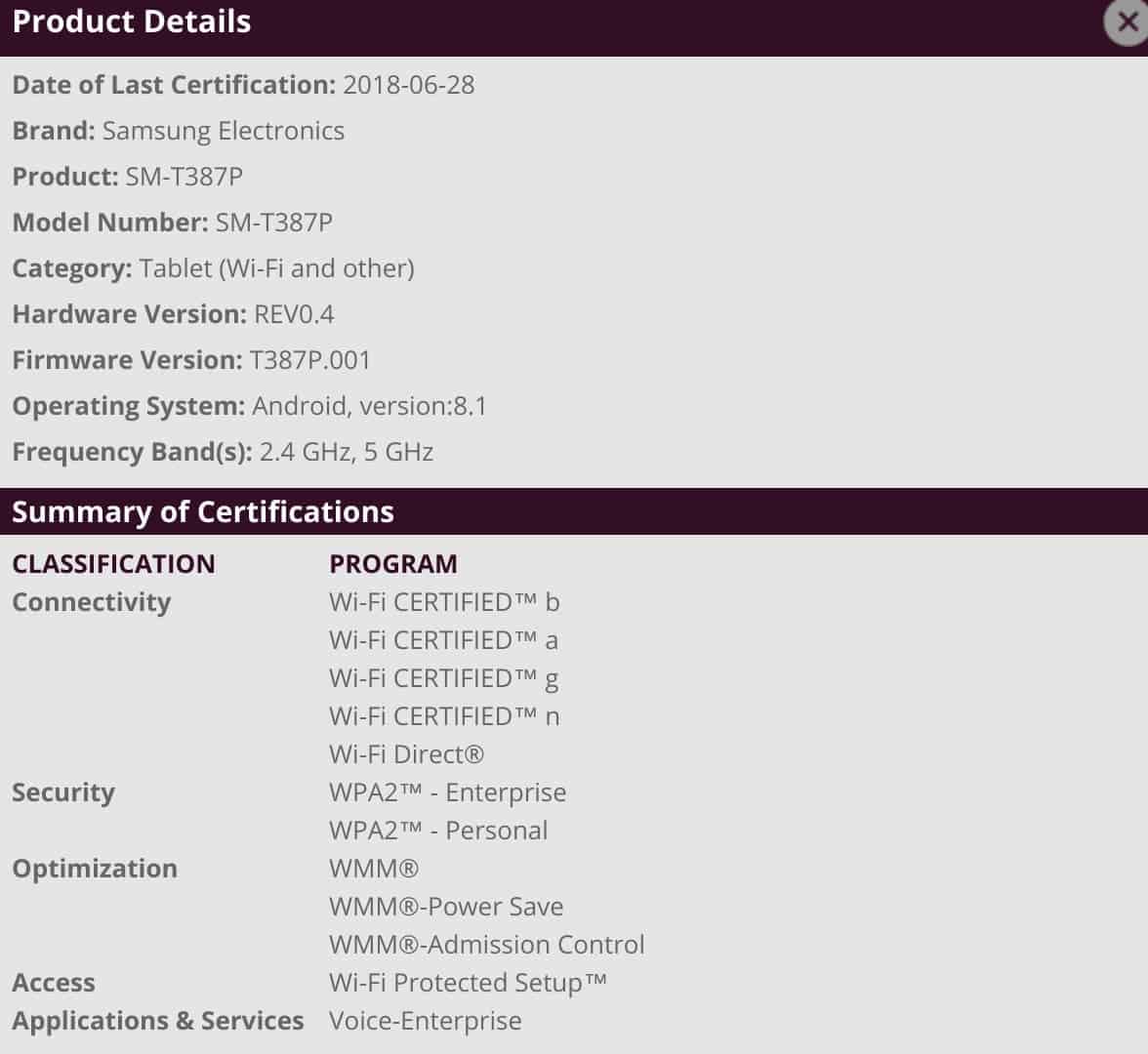 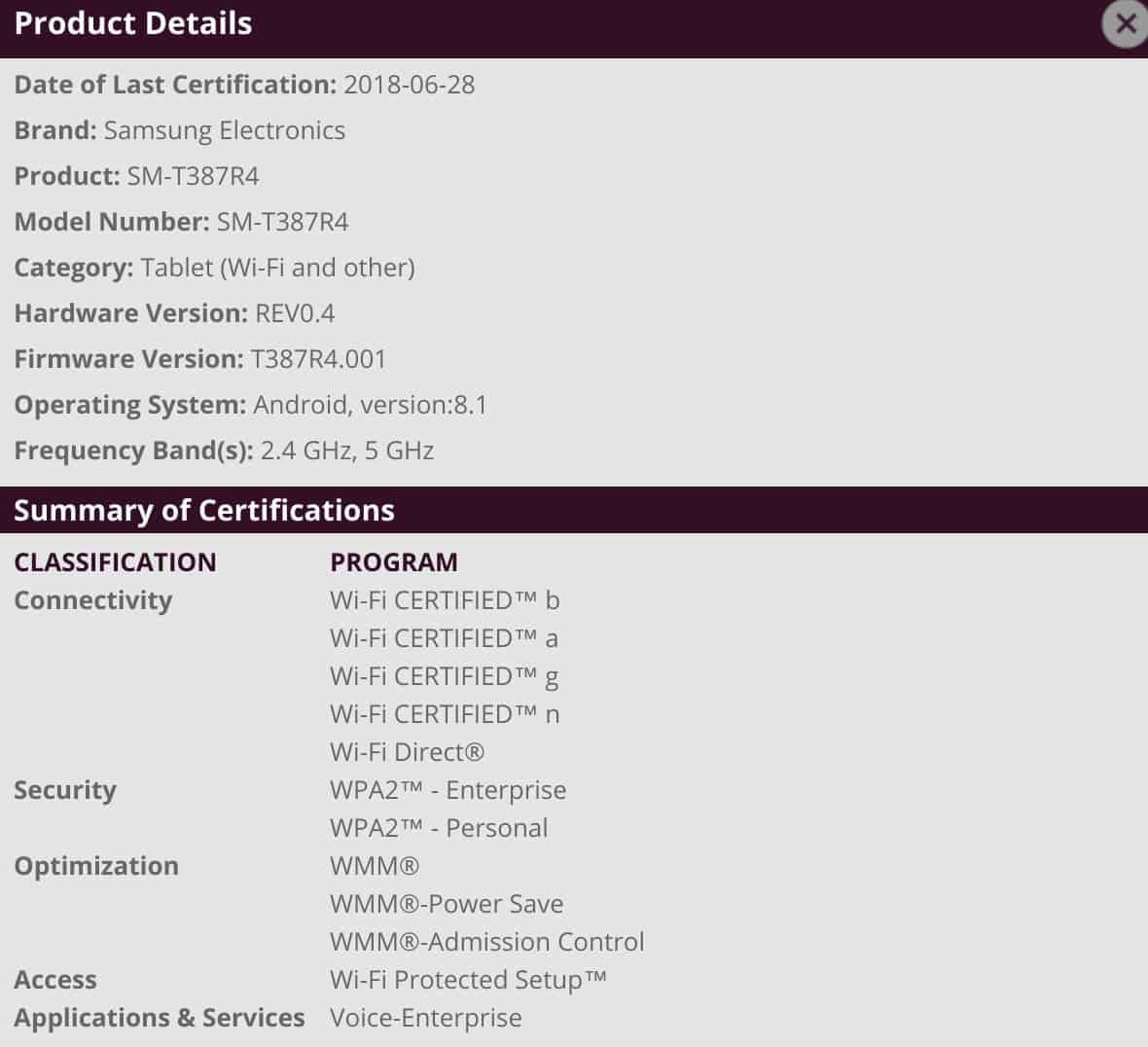 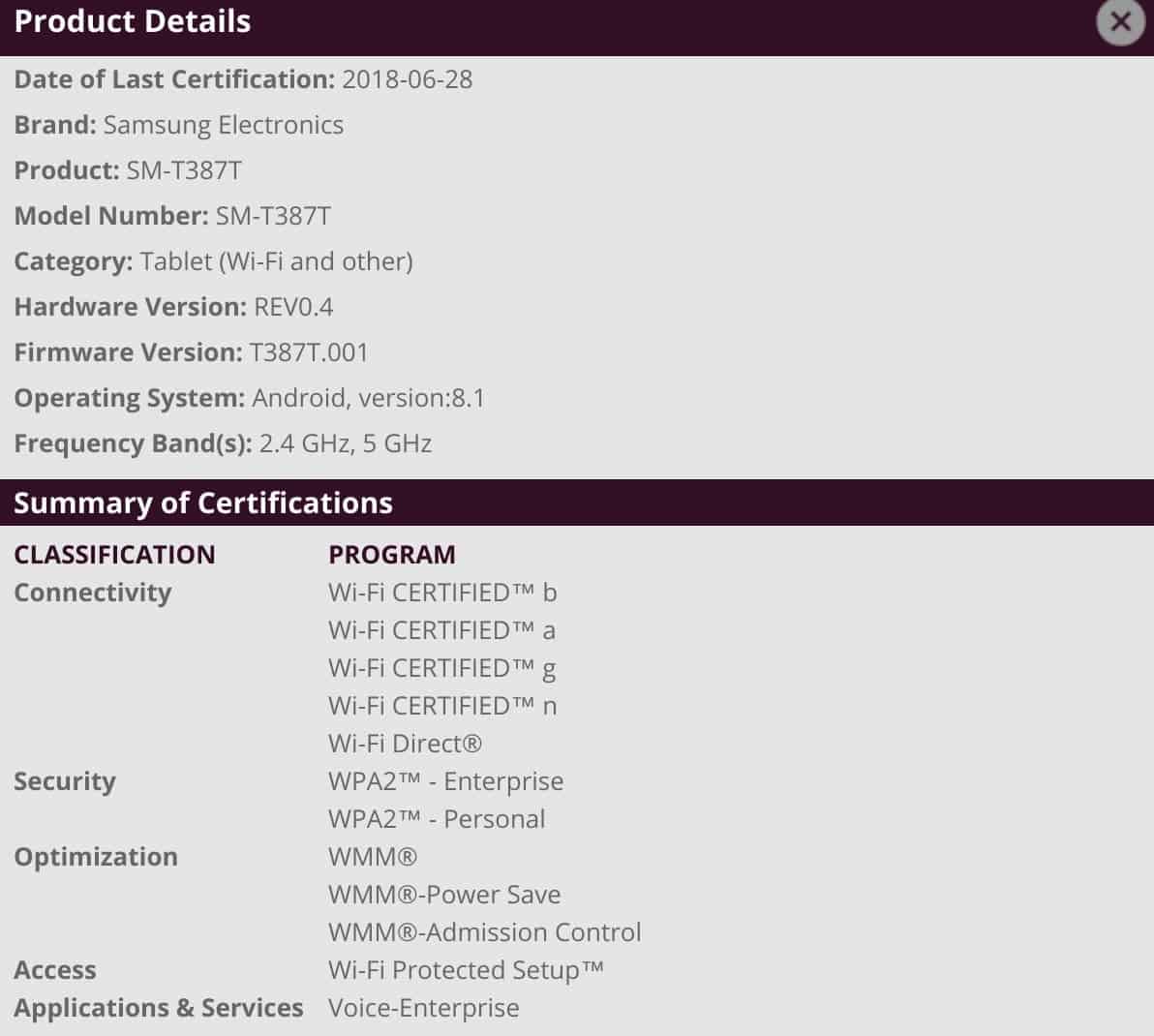 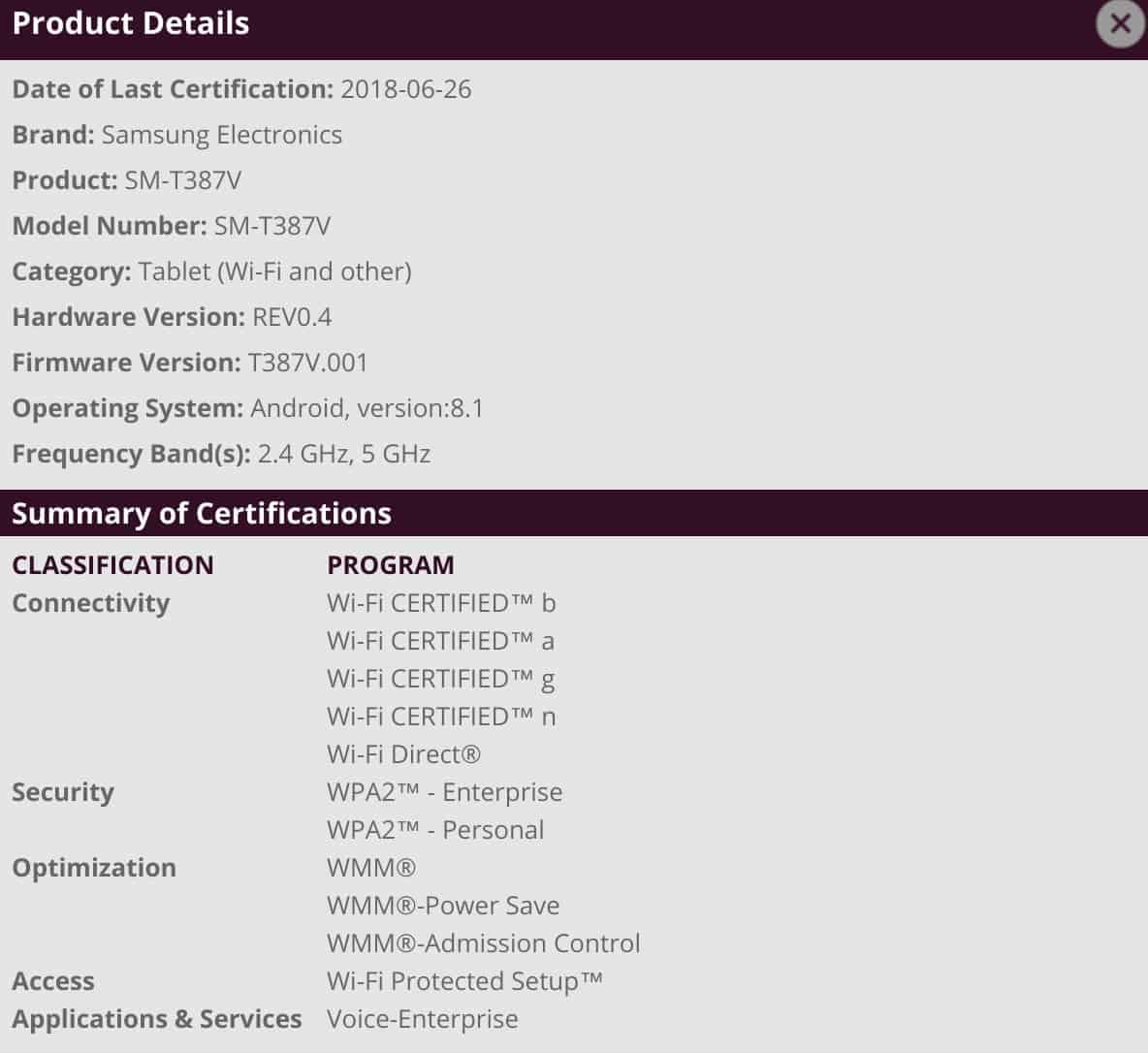 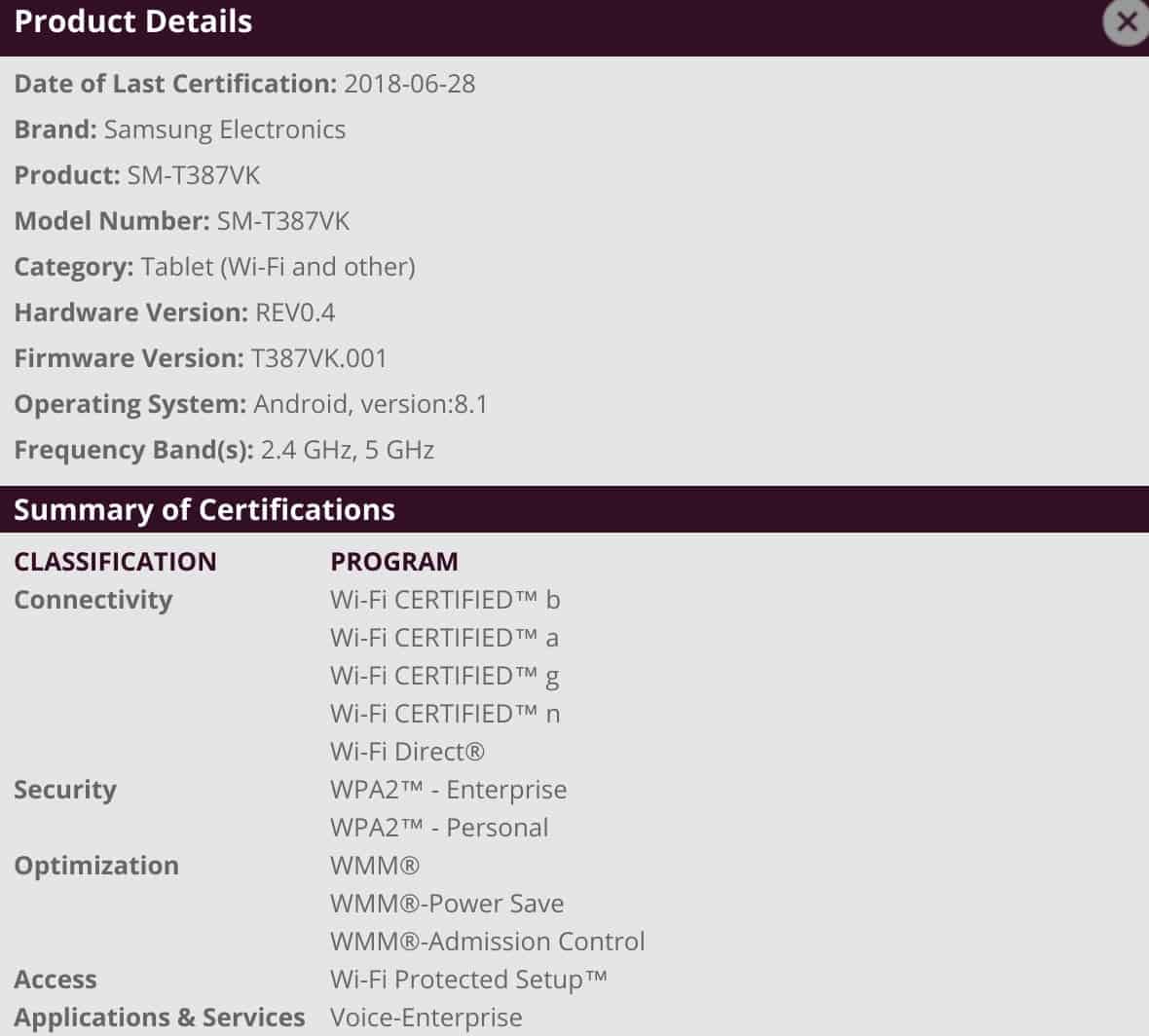