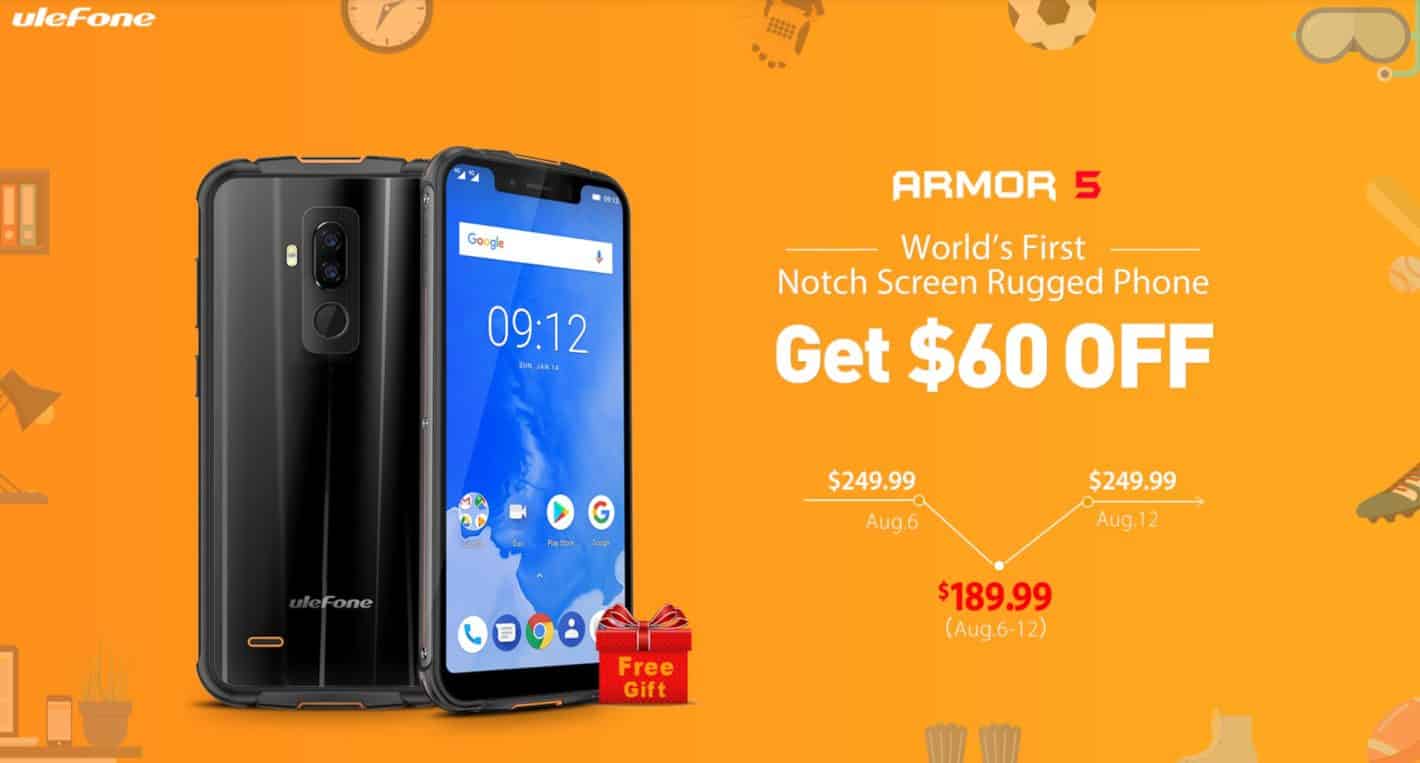 Smartphone maker Ulefone on Friday revealed the pre-sale details for the Ulefone Armor 5, the world’s first rugged handset with a notch, in addition to announcing a giveaway meant to promote the incoming arrival of its latest mobile product. The Ulefone Armor 5 will become available for pre-orders on Monday, August 6, with anyone interested in placing an advanced order on the device being able to take advantage of a $60 discount. In order to benefit from the deal, all you have to do is submit your email address to Ulefone via its official website. Doing so will instantly result in a $60 coupon being emailed to you.

The same page also lays out the details of the firm’s latest giveaway which is running for 16 more days and is relatively straightforward; in order to enter or increase your chances of winning, you can complete one or more simple tasks such as subscribing to Ulefone’s YouTube channel, following the company on Twitter, or watching the official unboxing video of the Ulefone Armor 5 that can be seen below. The device itself is being touted as the most stylish rugged smartphone to date that’s built like a tank but doesn’t look like one so that consumers are able to benefit from a device that’s both elegant and durable.

Besides being IP68-certified for resistance to dust particles and water, the Ulefone Armor 5 also offers shock protection and should generally be able to withstand even the most extreme environmental conditions. The handset uses a 5.85-inch screen protected by Corning Gorilla Glass 4, with the panel itself having an 18.9:9 aspect ratio and a display notch. The latter design cue allowed Ulefone to maximize the screen-to-body ratio of the Armor 5 which amounts to approximately 91-percent. With an octa-core chip, 4GB of RAM, and 64GB of storage space, the device should be able to handle modern games and multitasking with no issues, whereas its 5,000mAh battery promises to get you through an entire day on a single charge and then some. A dual-camera setup using a 16-megapixel and 5-megapixel sensor is also part of the package, together with a microSD card slot, 13-megapixel front camera, 5V/2A fast charging, and Qi-based wireless charging support. The Ulefone Armor 5 also features a fingerprint reader, facial recognition, and Android 8.1 Oreo. While its regular price will sit at $249.99, the aforementioned discount will allow you to get your hands on one unit for only $189.99.