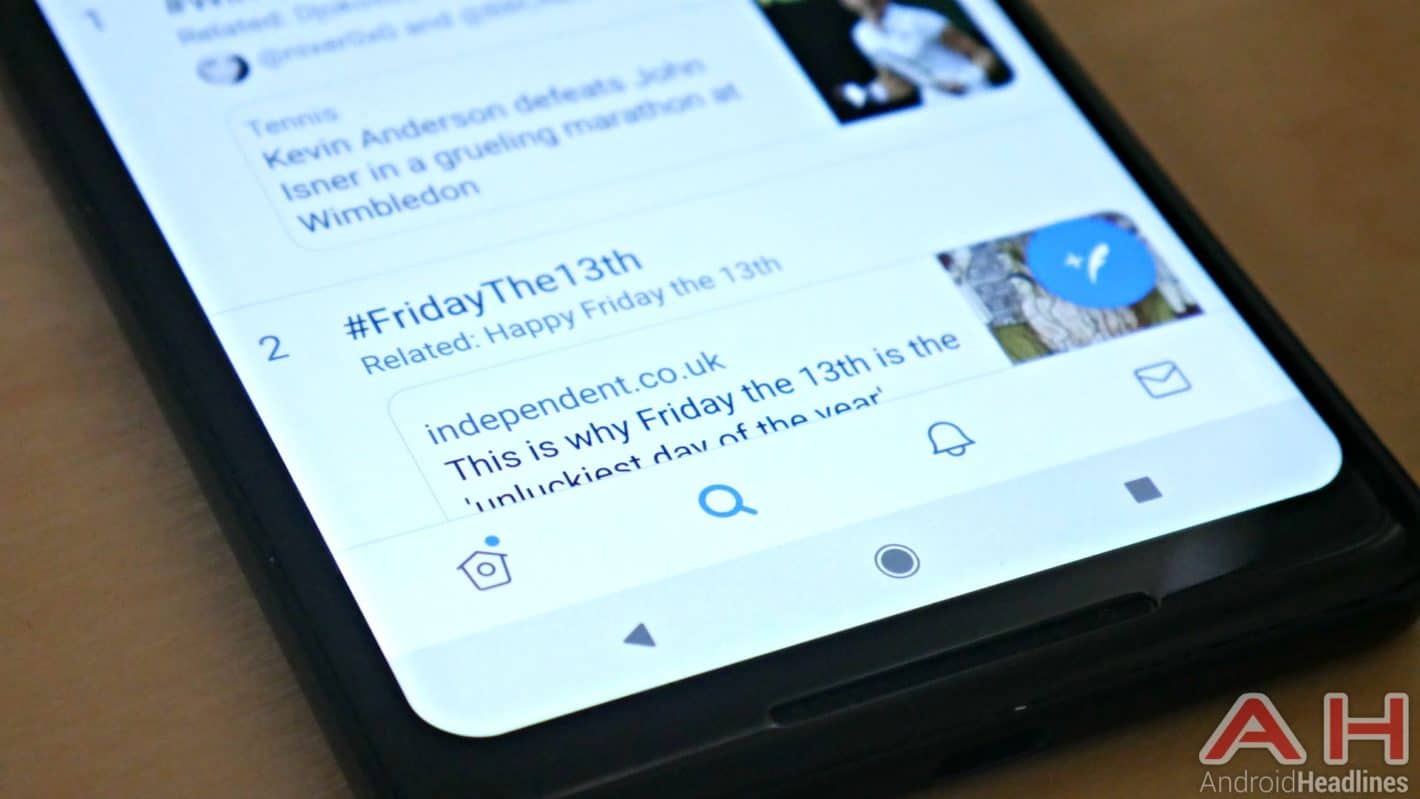 Twitter has now confirmed it's in the process of rolling out an update that adds a bottom navigation bar to its Android app. The announcement was made yesterday and is considered now live. Therefore, there is a very good chance the next time you open the Twitter Android app, the change will already be in effect as the change is happening server-side and not by way of an app update through the Google Play Store.

While this is a major change in one sense, it's only major in terms of the location as the actual bar is not different to the bar that was already in use. Basically, Twitter has just moved the bar from the top of the app to the bottom. Other than that, the bar looks and works almost exactly as it did before with the same four primary tabs in effect: Home, Search/Explore, Notifications, and Messages. They even appear in the same order. Those paying close attention will notice some very minor changes such as the removal of the line used to denote which tab a user is on – though the tab icon is still highlighted in the same way (and color) as it was before. Another notable change is the bottom bar does not allow users to swipe from one tab to the next. Instead, you do have to now click on a tab to access it.

The main reason Twitter is making this change is to make the app more accessible and specifically making it quicker to "navigate between all of your tabs." As the position of the bottom bar results in an easier way to click on a tab compared to having to reach to the top of the phone. Something that is even more relevant nowadays considering manufacturers are now collectively pushing to market devices that sport a thinner and taller display. Of course, Twitter is not the only one who has made a change like this, and could even be considered fairly late to the party as a number of major apps now come with a bottom navigation bar – irrespective of whether they had a top navigation bar to begin with.

We're launching a new bottom navigation bar on Twitter for Android. With this update, you'll be able to quickly navigate between all of your tabs with ease!