Canalys has just put out a new study, this time it’s about smart speakers. It is projecting that there will be 100 million smart speakers in use by the end of 2018. And of those 100 million smart speakers, around half of those will be Amazon Echo or Alexa-enabled devices. It further breaks down to 30-percent for Google Home or Google Assistant-enabled speakers and 20-percent for the Apple Homepod. That gives the Echo a pretty big lead over its bigger rivals – Google and Apple. This isn’t surprising, given the fact that Amazon beat both Apple and Google to market with the Echo, and its personal assistant is also far ahead of either of those companies.

By 2022, Canalys expects around 320 million smart speakers to be in use around the world. It also expects Alexa and Google Assistant to each have 34-percent market share, basically sharing around 78-percent of the market, with Apple taking in 10-percent and the other 21-percent being made up of “others” (which likely means personal assistants for countries that do not have Google Assistant, like China). That doesn’t necessarily mean that Alexa will sell less speakers by 2022 than it will in 2018, but it means that the Google Assistant is going to catch up. Which isn’t much of a surprise, as many will say that the Google Assistant is far ahead of Alexa, solely because it has Google behind it, as a search engine. While Alexa has Microsoft’s Bing powering it for questions and so forth.

Many companies are looking to build smart speakers as a way to get more people into the world of Internet of Things. Which makes sense, since most of these things are going to be powered by one of these three assistants, if not all three. And by getting people into the industry with a smart speaker that might cost $35 or less, it makes the barrier to entry much smaller. On top of that, speakers are something that people are going to buy regardless. 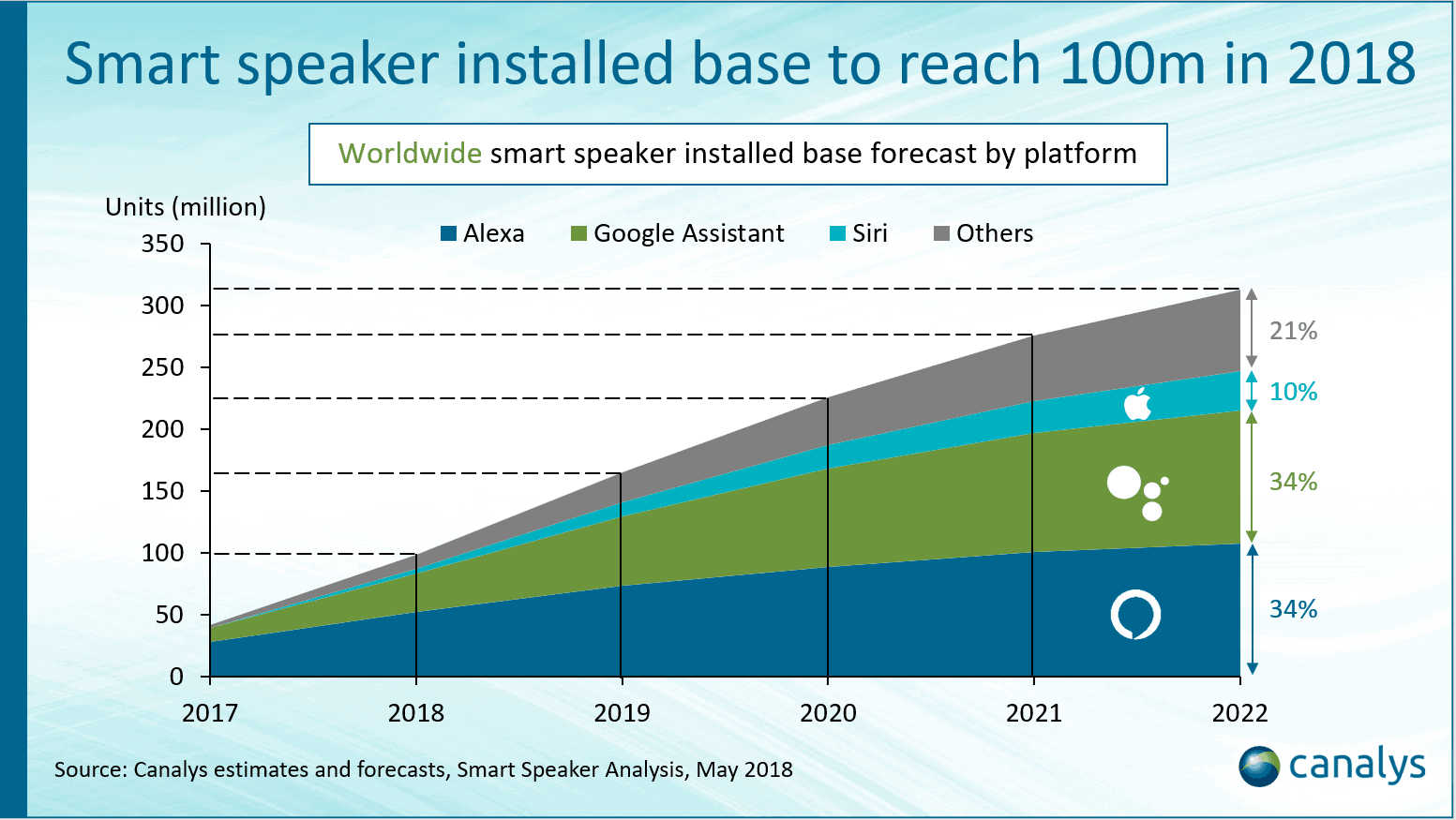