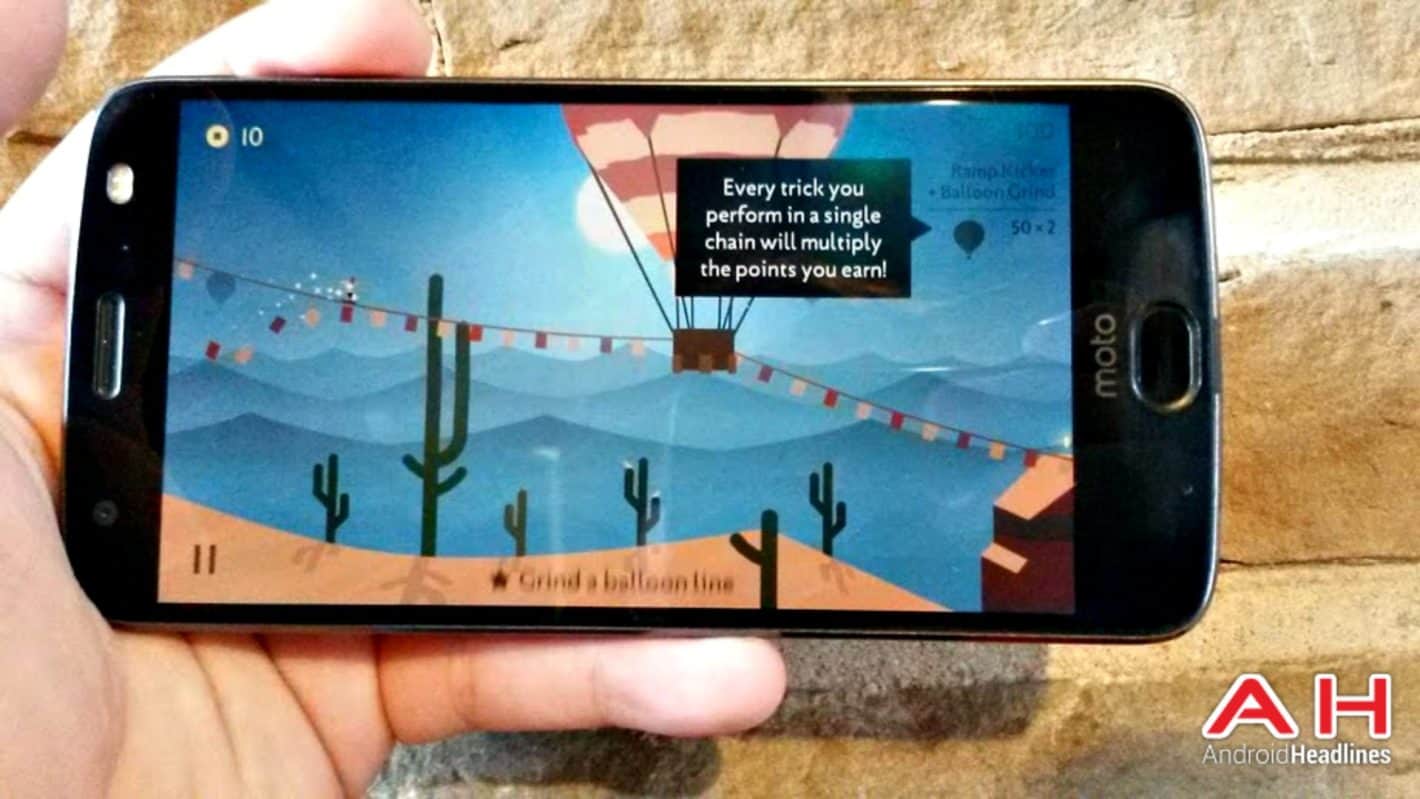 Spending endless hours traversing the desert sounds pretty stressful, but zipping across the sands in Alto's Odyssey is quite the opposite. The game sees you controlling a cast of characters as they zoom through a desert and many other biomes on a board, grinding, flipping and jumping against a heavily stylized skyline. As you go, you'll collect coins and rack up distance, both of which have their own rewards. The game is free to download and comes with ads and in-app purchases. You can disable pop-up ads for $.99, and buy a lifetime doubler for in-game coins for $3.99.

The flow of gameplay is extremely simple. You tap to jump, and hold to backflip. Landing on anything but your board in a backflip will cause a crash and end your run, as will falling down a pit, or tripping over a rock or other obstacle. When that happens, you can watch a short video ad to get back on your board, or end your run there and try again. Ending your run when you crash is not an entirely disingenious move in this game, because there are ranks with different tasks and rewards, and even if you have a wonderful run and accomplish three or four ranks' worth of goals, only the rank you're currently on will be cleared. You can unlock other boarders as you progress and level up. Finally, if you swipe left on the title screen, you can go into the score-free and failure-free Zen Mode, which doesn't end until you want it to.

Alto's Odyssey went up for pre-registration back in June, giving Android gaming fans a fairly short turnaround time between peak hype and actually getting to play the game. This game is a sequel to Alto's Adventure, a similar game that launched all the way back in 2015. Alto's Odyssey is a bigger, more complex and prettier affair, but those who want to try out the previous entry for its different environments and gameplay can do so for free. If the name of the game studio, Noodlecake Games, sounds familiar, it should; the dev house is responsible for iconic hits like QWOP, Wayward Souls and Getting Over It, just to name a few.