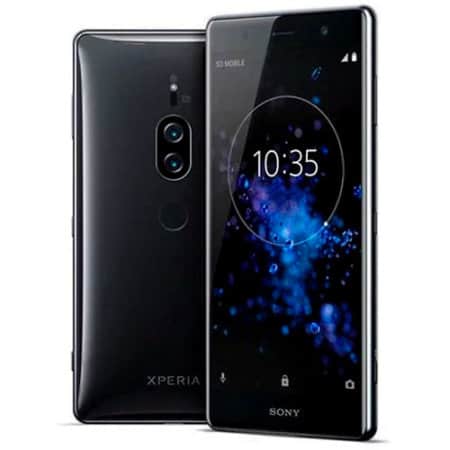 Sony is expected to introduce the Xperia XZ3 in a couple of months, and the device has already surfaced on Mobile Fun’s website, and is already available for pre-order. To put things into perspective, the Xperia XZ2 and XZ2 Compact were introduced back in February this year, and Sony is expected to release the Xperia XZ3 (and possibly XZ3 Compact) either in August or September. The company did schedule a press event for August 30, as part of IFA, so it’s possible that the Xperia XZ3 will become official during that event, it remains to be seen.

The Xperia XZ3 has been leaking consistently over the last couple of weeks, and Mobile Fun, a UK retailer, has just shared not only the phone’s image and partial specs, but also its price tag, as the phone is available for pre-order from the website. This does come as a bit of a surprise, as the device will not become official for at least a month and a half, and will go on sale in September, at the earliest. In any case, based on the image that Mobile Fun shared, the Xperia XZ3 will look basically the same as the Xperia XZ2, but it will include two cameras on the back, compared to a single camera on its predecessor. The device will be made out of metal and glass, and below those two cameras on the back, you’ll notice a fingerprint scanner. An LED flash is located above the two cameras, while the back side on this phone is curved. The phone does sport some bezel above and below the display, while Sony’s branding is located on the bottom bezel.

The phone is listed for €849.99 on the website, though Mobile Fun does not say when will this phone ship your way if you pre-order it. That being said, the device will sport a 5.7-inch fullHD+ (2160 x 1080) display, according to the listing, while it will also include 6GB of RAM and 64GB of expandable storage. Qualcomm’s Snapdragon 845 64-bit octa-core processor will fuel the phone, while you’ll find 19 and 12-megapixel cameras on the back of the device. A single 13-megapixel camera will be included on the phone’s front side, while a 3,240mAh battery will be a part of the package as well. 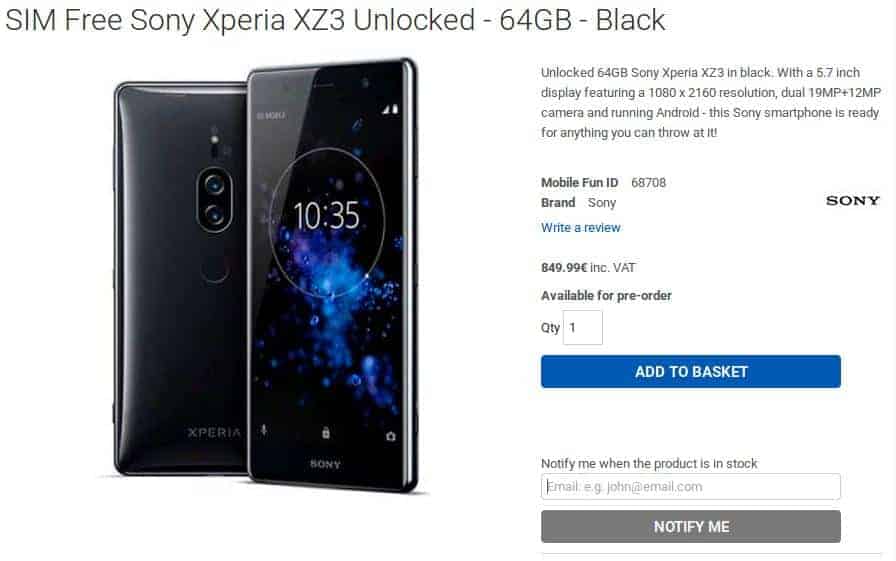