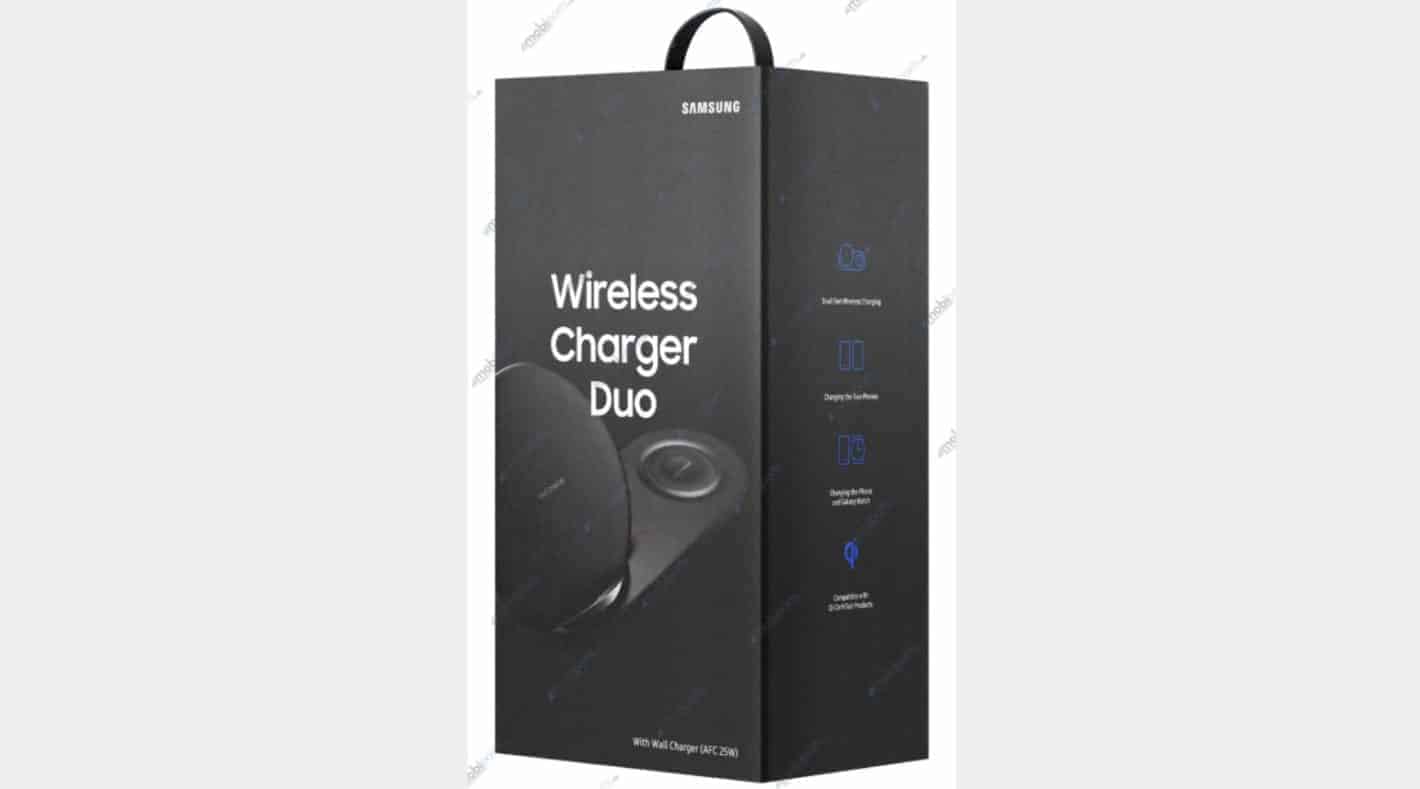 An image showing a retail packaging of Samsung's Wireless Charger Duo leaked online this weekend, showing a device identified by the model number EP-N6100 which is expected to launch alongside the upcoming Galaxy Note 9 flagship next month. The render that can be seen above was originally obtained by industry insider Roland Quandt and indicates Samsung's next wireless charging station will be capable of refilling two devices simultaneously by virtue of the fact that it ships with a pair of pads. The source specifically stated the gadget will also be compatible with the Galaxy Watch, the successor to the 2016 Gear S3 series of Tizen-powered smartwatches which is likely to be introduced in the run-up to IFA 2018 in late August.

The charger is likely to be priced similarly to its predecessor and set consumers back some $70, depending on the market. The dual-pad design will allow the device to simultaneously charge a smartphone and a wearable, two smartphones, or any other pair of Samsung-made electronics with wireless charging support. The South Korean original equipment manufacturer fully embraced wireless charging as one of the main selling points of its Android flagships in 2015 with the Galaxy S6 series, though it already experimented with the technology a year earlier when it provided consumers with the option of purchasing a special protective case with wireless charging support.

As Samsung's high-end smartphones are expected to continue featuring glass backs for the foreseeable future, their ability to be charged without a direct wire connection should remain intact. The Galaxy Note 9 is expected to take longer to be fully recharged than its predecessor did as it's likely to ship with a 4,000mAh battery while still using the same charging technology Samsung first implemented into the Galaxy S7 series in early 2016. The Android flagship should otherwise offer performance improvements across the board, with Samsung being scheduled to detail all of them on August 9, which is the date of its next "Unpacked" event taking place in New York City.