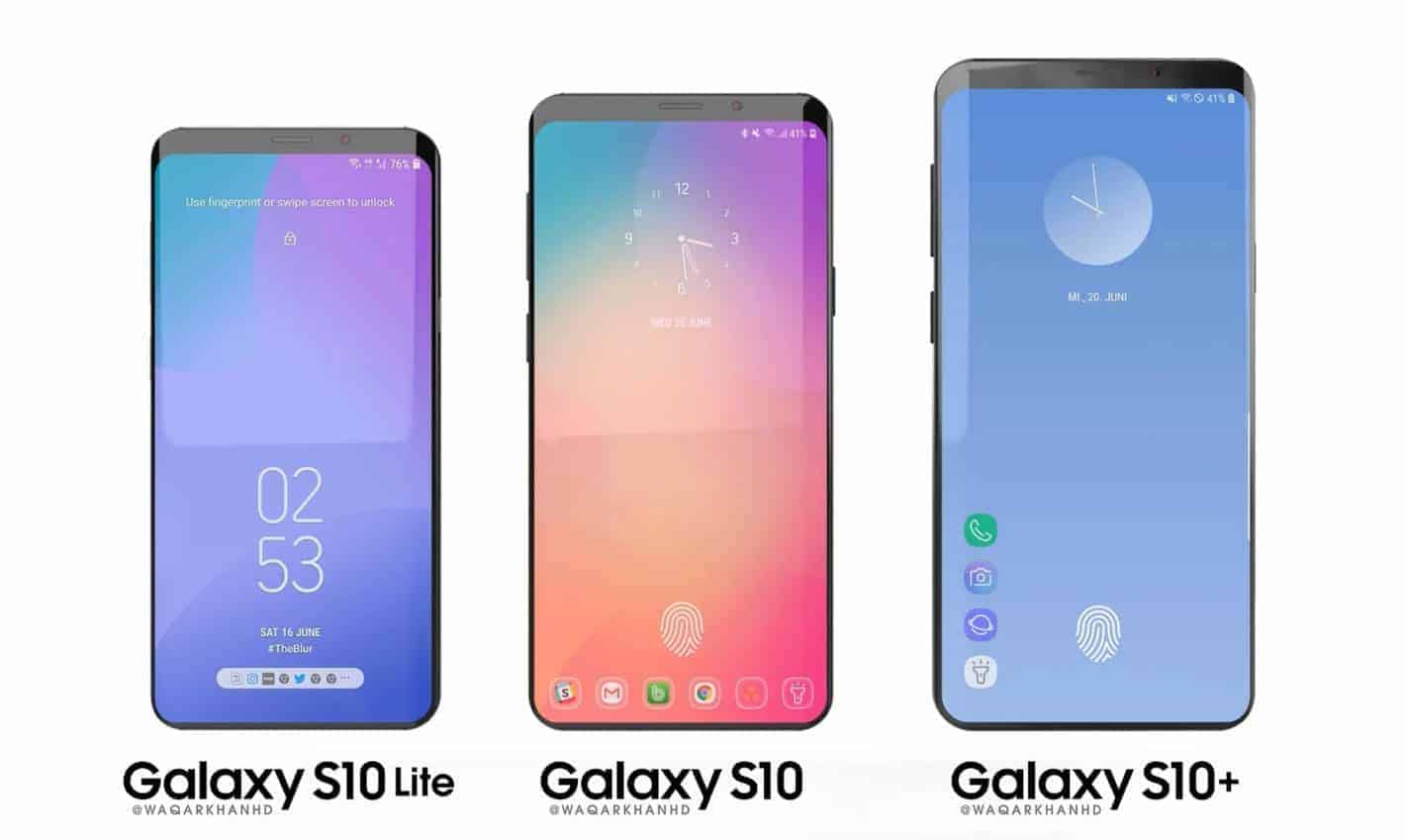 Samsung's Galaxy S10 lineup of Android flagships has been envisioned in a number of new 3D concept renders based on recent rumors about the upcoming devices. The video and image gallery seen below have been authored by designer Waqar Khan and serve as a visualization of some half a dozen reports about the new smartphone series that surfaced online over the last several weeks. The Galaxy S10 Plus has hence been envisioned with a triple-camera setup on its back, featuring three similar lenses arranged in a vertical manner and accompanied by a dual-LED (dual-tone) flash unit, as well as a heart rate monitor.

The device is also shown as sporting an in-screen fingerprint reader near the bottom of its display, much like the regular Galaxy S10, though the latter model is only expected to have a more conventional dual-camera setup. While the same is said to hold true for the Galaxy S10 Lite, it's still unclear whether that particular model will also feature an under-display fingerprint scanner. Samsung delayed the commercialization of that technology on several occasions by now as the company wanted to use ultrasonic fingerprint readers in its devices which are more difficult to calibrate but also boast better performance, both in terms of speed and accuracy, industry sources claimed earlier this year.

All three Android devices have also been depicted as featuring a screen-to-body ratio in the ballpark of 90-percent and lack chins, though the chances of Samsung managing to commercialize such a design remain slim. Apple is the only phone maker that launched a device with no chin so far, having delivered it in the form of the iPhone X whose (Samsung-made) OLED panel curves inside the body of the handset on the bottom, albeit that design approach has been patented by the Cupertino-based tech giant and Samsung is unlikely to license it. The Galaxy S10 series may also feature 5G capabilities, as well as a 3D camera akin to the one used by the iPhone X and Xiaomi's Mi 8. The upcoming Android flagships are expected to be announced in the first quarter of 2019, possibly at the next iteration of Mobile World Congress in Barcelona, Spain.