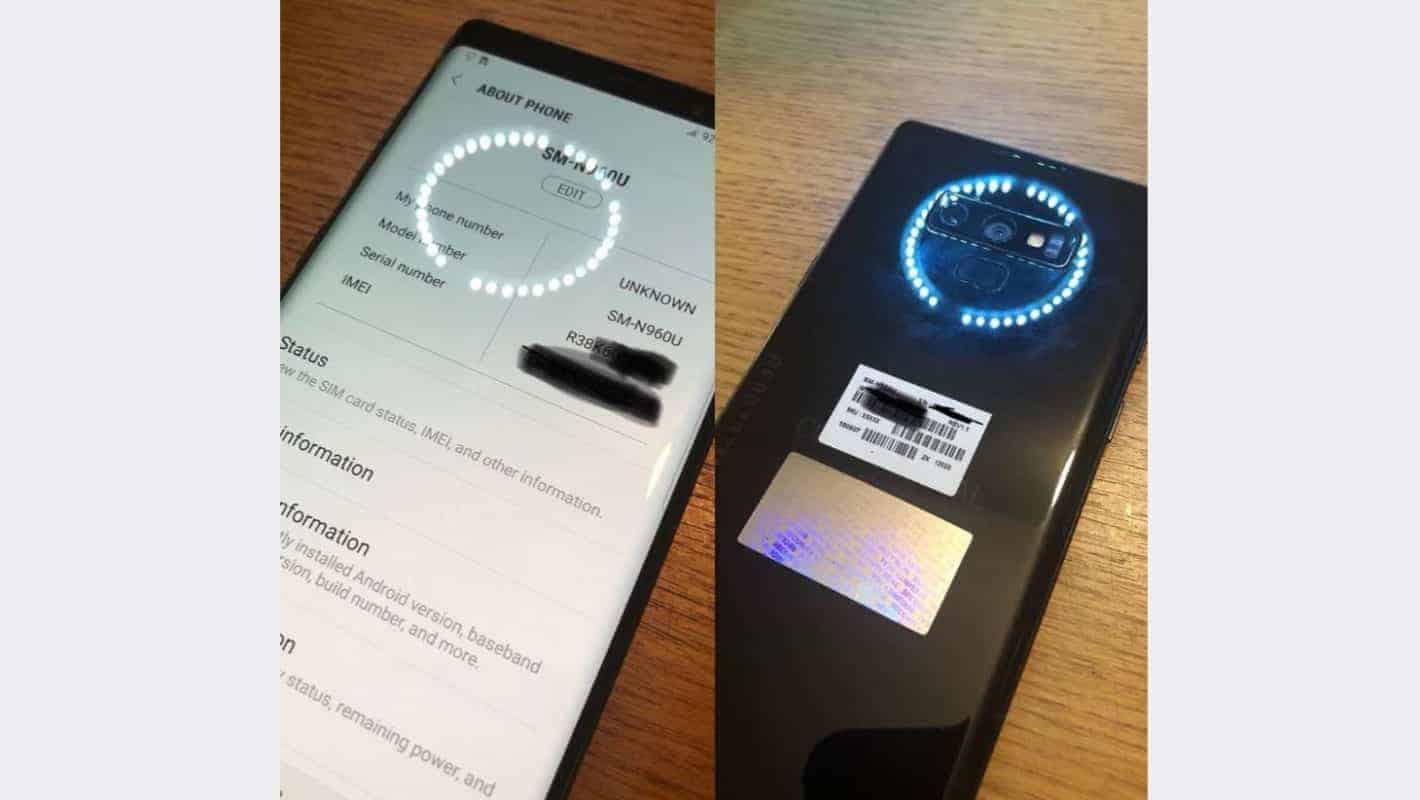 Two real-life images depicting what's said to be the Galaxy Note 9 appeared online earlier today, having been shared by one user on Instagram. The photographs that can be seen below appear to show the Midnight Black variant of the device that's expected to be available globally, though the model number SM-N960U seen in the Settings app and the back label indicates this is a unit meant to be sold in the United States, powered by Qualcomm's Snapdragon 845 chip.

The right image shows one of the clearest looks at the rear plate of the Galaxy Note 9 to date, confirming Samsung once again opted to deliver a dual-camera setup, albeit one that appears to feature an ultra-wide lens. The fingerprint reader of the handset rests below the imaging system instead of to its right like it did on the Galaxy Note 8, with this particular design change being largely identical to the one Samsung introduced with the Galaxy S9 series released in the first quarter of the year. The new position of the scanner should both make it easier to reach and minimize the chances of users smudging the two lenses of the device while trying to locate the sensor with their finger. A dual-LED flash unit and heart rate monitor can be seen to the right of the cameras, with the overall look of the device being in line with previous reports and rumors about Samsung's next Android flagship.

The Galaxy Note 9 is scheduled for an official unveiling on August 9 and will reportedly be released globally fifteen days later following a two-week pre-order period. The handset is expected to be priced much like its predecessor, starting at around $960 unlocked, depending on the market. The base variant of the Galaxy Note 9 should offer 6GB of RAM and 64GB of storage space, whereas select markets are rumored to receive units with as much as 512GB of flash memory and 8GB of RAM.