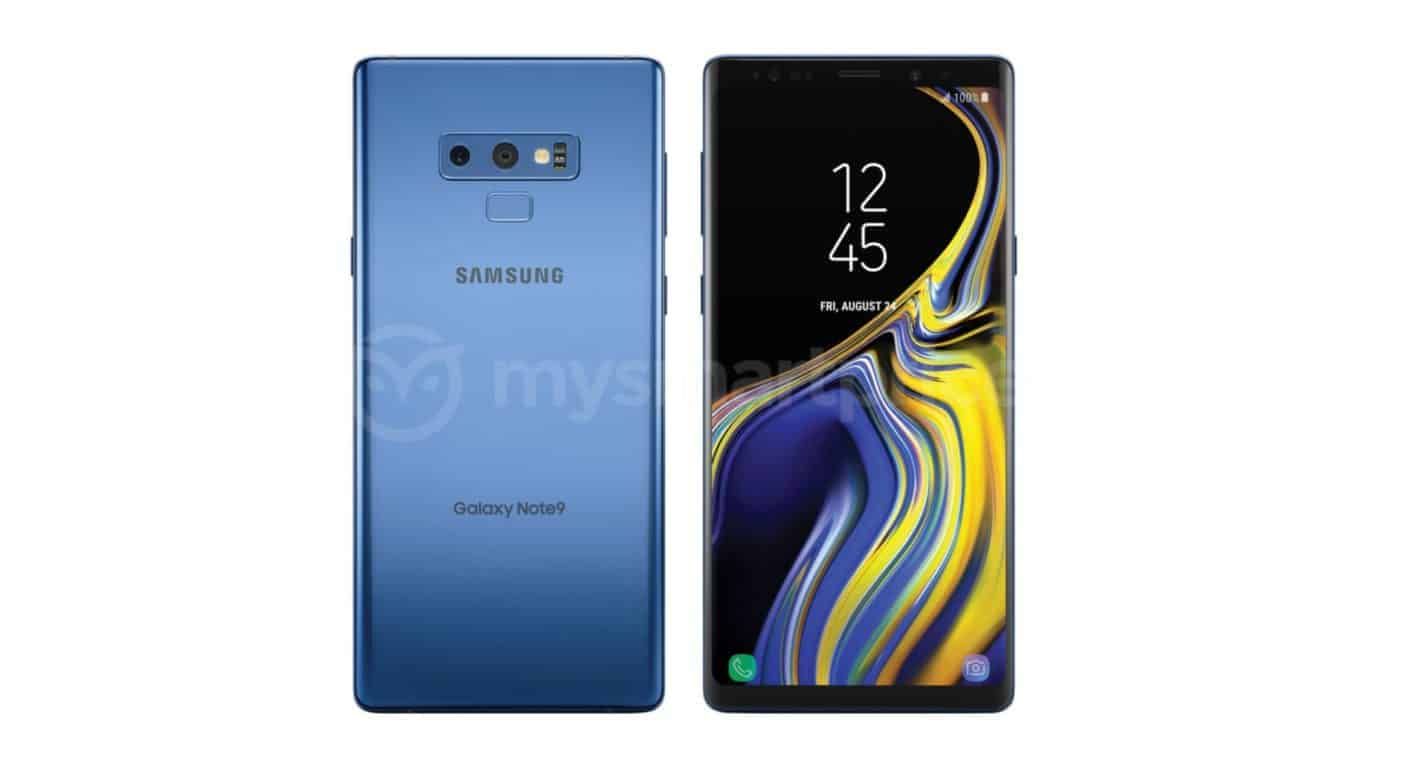 Samsung’s Galaxy Note 9 flagship leaked online yet again earlier today, with its blue variant being shared by tech blog MySmartPrice. While the vast majority of previous reports on the matter indicated this particular version of the device will be darker than the Coral Blue finish the company offered alongside a number of its high-end handsets since the ill-fated Galaxy Note 7, the image that can be seen above is somewhat brighter than the one industry insider Evan Blass shared earlier this week.

The color still isn’t identical to the Coral Blue one and older rumors indicate Samsung will be advertising it as Deep Sea Blue. Besides boasting an entirely new finish, this model is also expected to be unique due to the color of its S Pen that’s expected to be a yellow-gold affair, whereas other variants will either have black styluses or ones whose colors match those of their host devices. Samsung is said to be offering five Galaxy Note 9 colors in total, with at least two of them being new. Besides the Deep Sea Blue model, the company is also rumored to be working on a Teddy Brown finish, though it’s presently unclear how the availability of particular variants will differ across markets.

The device itself will otherwise be a largely iterative upgrade over the 2017 Galaxy Note 8 and effectively serve as the Galaxy S9 Plus with a slightly larger screen and an S Pen. Though Samsung is also said to be preparing models with as much as 8GB of RAM and 512GB of storage space, those units are extremely unlikely to ever be officially released outside of China and the company’s home country of South Korea. The Galaxy Note 9 is scheduled to be announced in New York City on August 9 and should be released on a global level fifteen days later, following a short pre-order period.