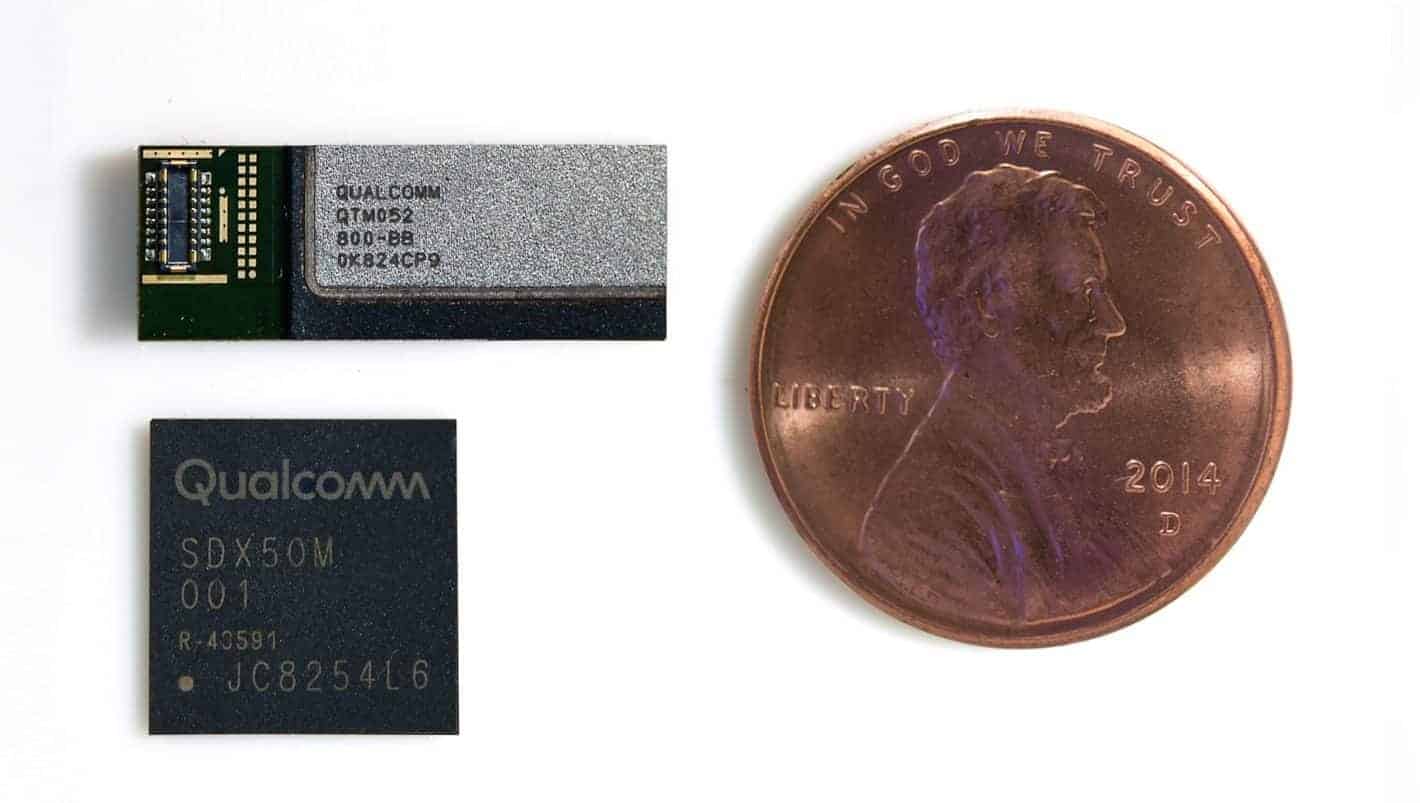 Qualcomm today announced and unveiled the QTM052 millimeter (mmWave) antenna module and the QPM56xx sub-6 GHz RF module. According to the company, these represent “the world’s first fully-integrated 5G NR wave mmWave and sub-6 GHz RF modules” specifically designed for smartphones. More pertinently, Qualcomm today announced these as a direct solution to one of the issues related to 5G deployment, with the chipmaker — in no uncertain terms — stating today’s announcement marks “a major milestone for the mobile industry.” Qualcomm has not provided any details on when consumers can expect to see either (or both) of these modules show up in devices, although it has confirmed they are already being sampled out to its customers.

Over the last few months, it has become increasingly clear 5G is going to be highly dependent on mmWave to facilitate the bandwidth needs that are expected with the next-generation communications standard. However, while mmWave is good at assisting with greater data loads, it is highly susceptible to issues such as propagation loss and/or having its signal blocked. In other words, it carries a lot, but does not travel as well as it’s just too narrow and too vulnerable. Or at least, this was the common understanding as Qualcomm is of the belief the newly-announced QTM052 mmWave antenna module will solve most of the issues associated with mmWave and in doing so will pave the way for smartphones to be released en mass and ready for the arrival of 5G. This is in part due to the QTM052’s ability to draw on beam-based technologies such as beamforming and steering to better target and receive mmWave signals. Likewise, the QTM052 comes with all the necessary 5G-related transcending, processing, and management solutions needed to deal with the signal. Adding to that, it is compatible with the company’s Snapdragon X50 modem – its 5G modem. The sum of which leads to the positioning of the QTM052 as the missing 5G link for smartphones. While mmWave is expected to become the go-to spectrum for mobile 5G, the sub-6 GHz spectrum is also expected to play its part. As in spite of the sub-6 GHz spectrum being less abundantly available compared to its mmWave counterpart, it is not quite as prone to the same environmental issues and therefore it can be drawn on to fill in where there are mmWave gaps, as well as providing a solid solution for fixed 5G. Which is where the QPM56xx sub-6 GHz RF module comes in. As like the mmWave alternative, the QPM56xx sub-6 GHz RF module is also compatible with the Snapdragon X50 modem and will also be able to provide the exact same benefits offered by the QTM052 mmWave antenna module. Irrespective of whether mmWave or sub-6 GHz spectrum is in use, Qualcomm's two modules will be able to help smartphones better connect to 5G networks.

In reality, these issues are 5G issues in general and not specific to smartphones. However, why these modules are so important from the smartphone perspective, is their size. As Qualcomm has managed to pack the technology needed into a form factor that is small enough to be included in a smartphone without further impacting on current smartphone design. In principle, the more of these modules, the more receptive the device becomes and so it is unlikely this is going to be a case of just one module per smartphone (although one is apparently enough) with devices expected to include at least two for optimal performance – the limit according to Qualcomm is four modules based on current smartphone forms. By the same token, 5G-enabled hotspots (likely including the ‘pucks’ expected to be released by AT&T and Verizon prior to the arrival of 5G-enabled phones) could potentially also use these modules, and due to their increased size, they will be able to feature far more than two or four.