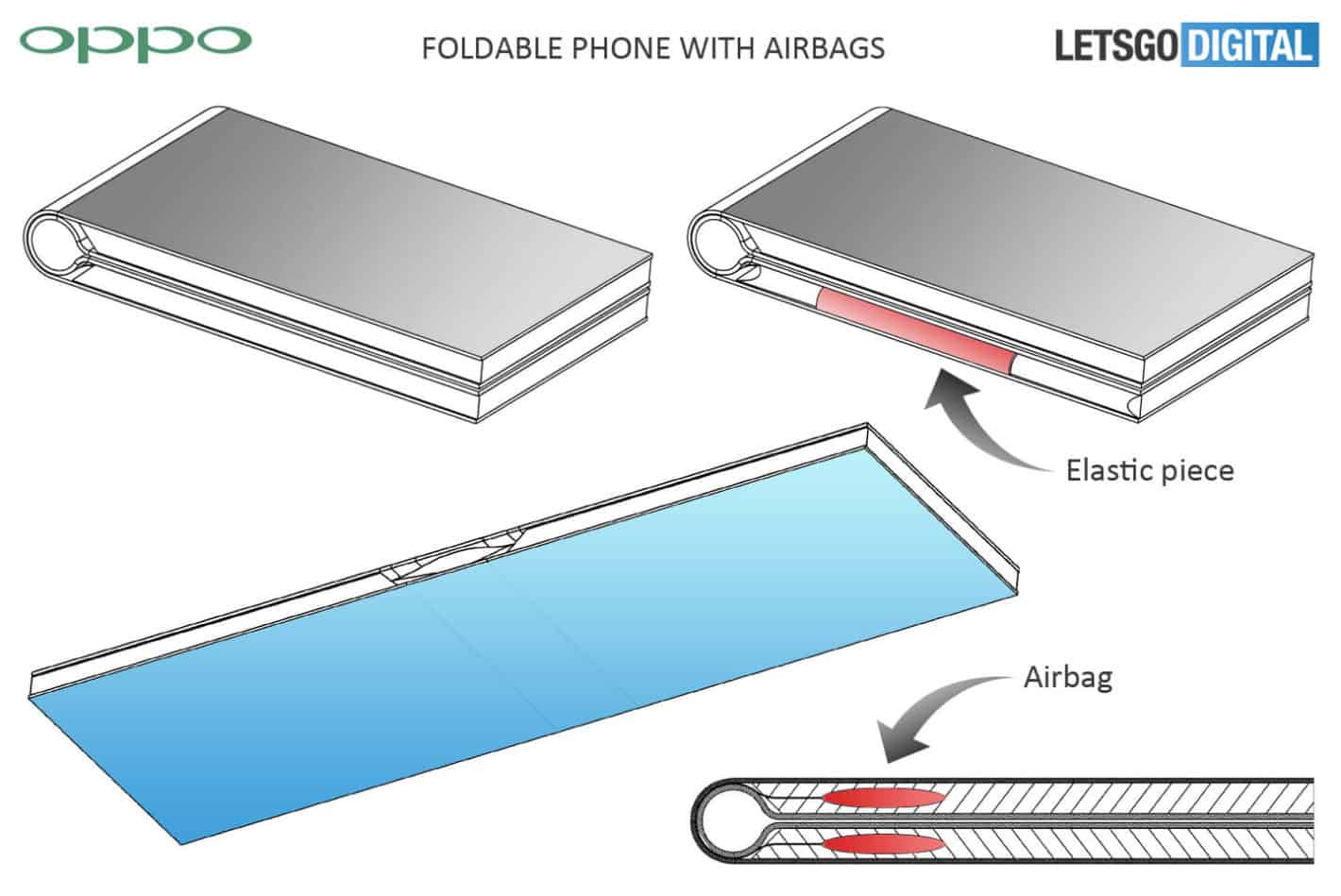 OPPO seems to be getting ready to introduce its own foldable smartphones, as the company has patented some interesting designs, reports LetsGoDigital. Before we dive into OPPO’s creations, it’s worth noting that both Huawei and Samsung are planning to launch their very own foldable smartphones in the near future. If recent rumors are to be believed, Huawei’s foldable device will arrive by 2019, while Samsung’s will launch in early 2019.

Now, OPPO seems to have patented three different designs. The first design (first image in the gallery down below) shows a phone with an inward folding design, and makes the device look like a clamshell phone when folded. Now, in order to prevent the display from damaging when folded, OPPO included airbags in both halves of the display / phone, which should help greatly with durability. Now, OPPO’s second design (second image in the gallery) actually brings three displays put into one device. When folded, the phone seems like it has two displays, one on each side, but one of those two displays is covering the third one. This design uses the fold-out technique, and does not protect either of the display when folded. All the cameras on this phone are included on the front, and OPPO seems to have several slightly different implementations of this design, in one of them the company uses a rotating mechanism, while a combination of a hinge and a rotating mechanism is used in the other.

The third design (third image in the gallery) actually makes the device look like a tablet when unfolded, and it’s folded outwards, so neither part of its display is protected. This last patent actually folds right down the middle, and is similar to the first one we’ve talked about, but it folds the other way around. In this patent, the front-facing camera, sensors, and an earpiece are on one side of the device (right), while the rear-facing camera and an LED flash are on the left. These are just some design that OPPO patented, and it remains to be seen if they will ever become a reality. It is possible that OPPO has been working on these for a while, as it has been quite some time since they were patented.