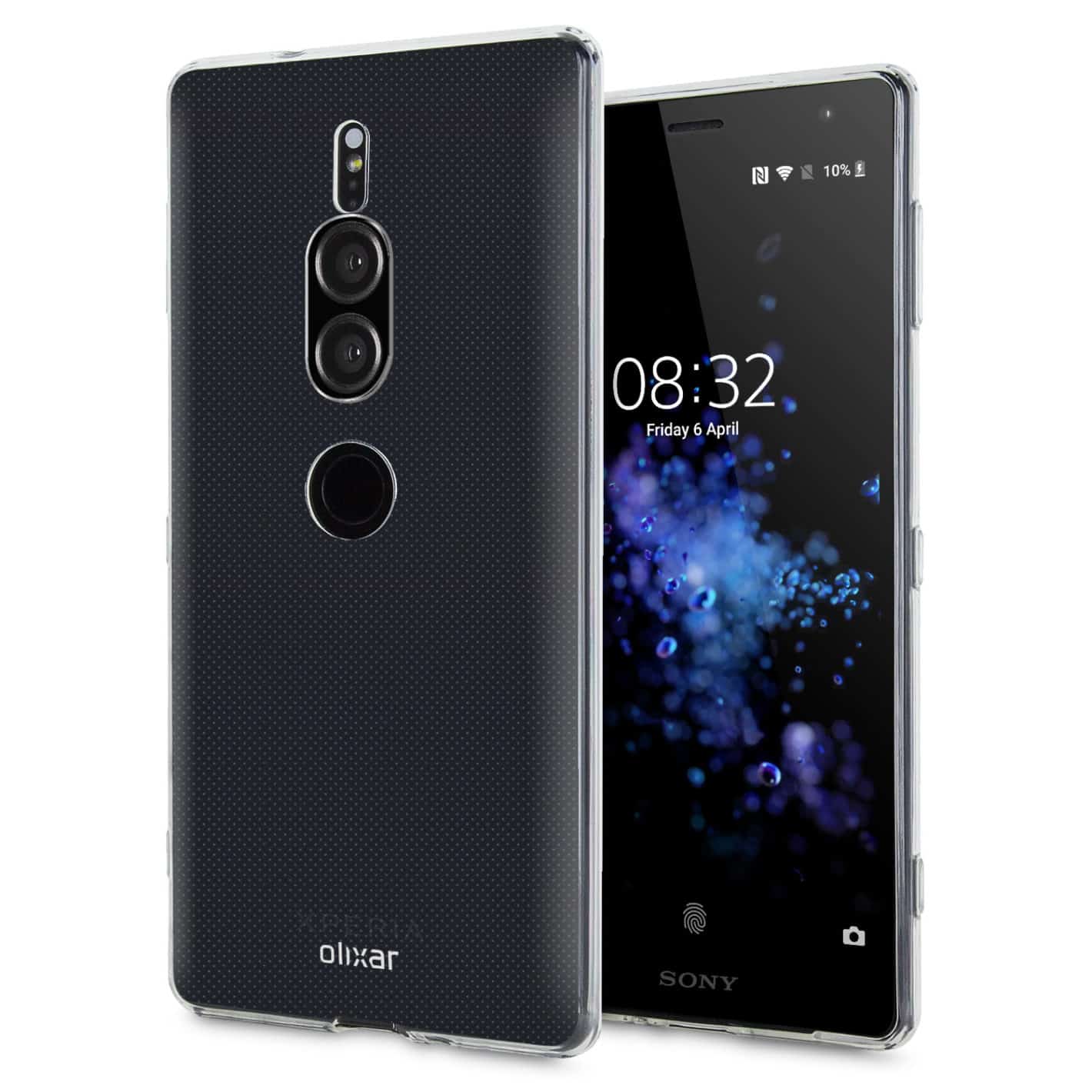 The Sony Xperia XZ3 has leaked again through the emergence of a number of new case renders. The cases are Olixar-branded cases from Mobile Fun and confirm a number of the design points associated with the phone. Including the use of a 5.1-inch display, the absence of a notch, and an overall design that is not that dissimilar to the current Sony Xperia XZ2 lineup.

Likewise, the new renders further add to the confirmation that a dual rear camera setup (vertically stacked) will be included on the phone. At present that is the extent to the information through this new leak, although the Xperia XZ3 has not been short on leaks in general recently. In fact, only a few days ago the same online retailer put up a pre-order listing for the phone along with a €849.99 European price. Suggesting the Xperia XZ3 is going to arrive as an expensive smartphone. That previous leak also added more substance to the specs, with the confirmation of a 2160 x 1080 resolution (which in turn suggests an 18:9 aspect ratio, and explaining the dual rear camera combination will be made up of 19-megapixel and 12-megapixel cameras. It probably is worth noting the previous leak pointed to a 5.7-inch display and therefore unless the 5.1-inch size mentioned today is incorrect, that may be referring to the size of an upcoming “Compact” model.

Some of these specs were also confirmed in a GFXBench listing which surfaced recently, along with the suggestion the RAM will be 6GB, the storage 128GB, and the processor in use will be the Snapdragon 845. That listing also seemed to indicate the Xperia XZ3 may come running on Android P at launch. When taken collectively, these leaks paint quite the vivid picture of the Xperia XZ3 which is a little surprising considering this is still a phone that Sony has yet to comment on, yet alone officially announce. Speaking of which, Sony has confirmed an August 30 launch date which many assume will be when the Xperia XZ3 is unveiled. In the meantime, Mobile Fun continues to accept pre-orders on the phone — as well as these new cases — for those who are already sold on this currently unannounced smartphone.

Advertisement
Pre-order Sony Xperia XZ3 Cases
Advertisement
Trusted By Millions
Independent, Expert Android News You Can Trust, Since 2010
Publishing More Android Than Anyone Else
5
Today
124
This Week
379
This Month
5123
This Year
106598
All Time
Advertisement