The upcoming Motorola One Power just received certification from TENAA, China’s equivalent to the FCC, suggesting that its official release could be just around the corner. In addition to confirming that the device is on its way, the TENAA listing also reveals the smartphone’s specifications. The certification authority also posted photos of the device, showing the handset’s front, back, and both sides for a good glimpse of what to expect. The Motorola One Power is listed with model number XT1942-1, has a high screen-to-body ratio, slim bezels around the display, and it will work on all of the regular network bands. It will be part of the Android One lineup of devices, although it will not be a direct successor to the Moto X4.

The Motorola One Power is expected to come with a 6.2-inch display with a resolution of 2,246 x 1,080 pixels and a display notch, which will house the 8-megapixel front camera. Under the hood the handset will pack a 1.8GHz processor that could be the Qualcomm Snapdragon 636, but it’s unspecified for now. TENAA further lists the smartphone in three configurations with 3GB, 4GB, and 6GB of RAM. Storage options include 32GB and 64GB of native storage space, expandable up to 128GB with the help of a microSD card. The Motorola One Power will come with two cameras on its back – a 16-megapixel shooter and a 5-megapixel camera, which should allow for good bokeh photos.

The TENAA listing also notes that the Motorola One Power will come with Android 8.1 Oreo on board out of the box, and it should offer a solid stock Android experience unencumbered by other UI skins or bloatware. Since it will launch as the Motorola One Power, the handset will also boast a massive 4,850 mAh battery, which should ensure a good performance on a single charge. Motorola has yet to confirm the upcoming device or its launch plans, but it does have an event scheduled for August 2. The new Android One smartphone could make its formal debut next Thursday at the event, then go on sale a few weeks later. It’s unconfirmed until Motorola makes an official announcement, but it should all be clear soon enough. 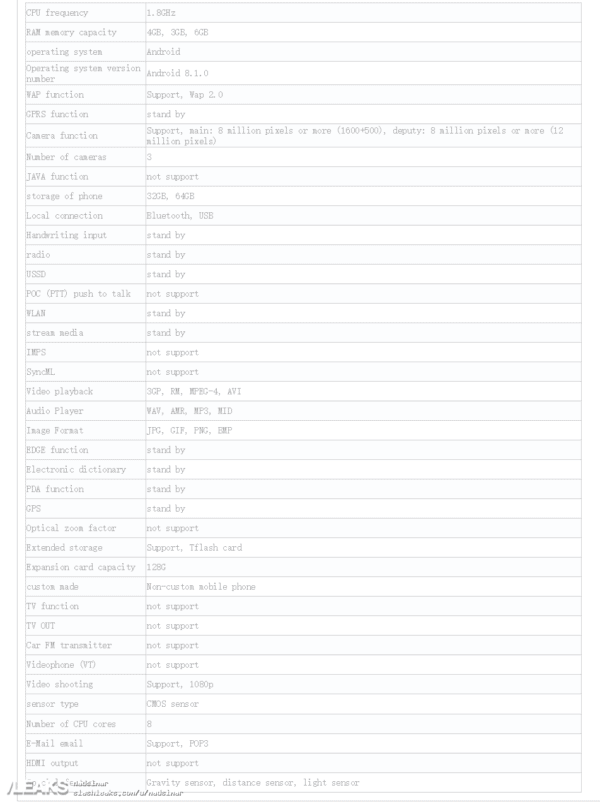