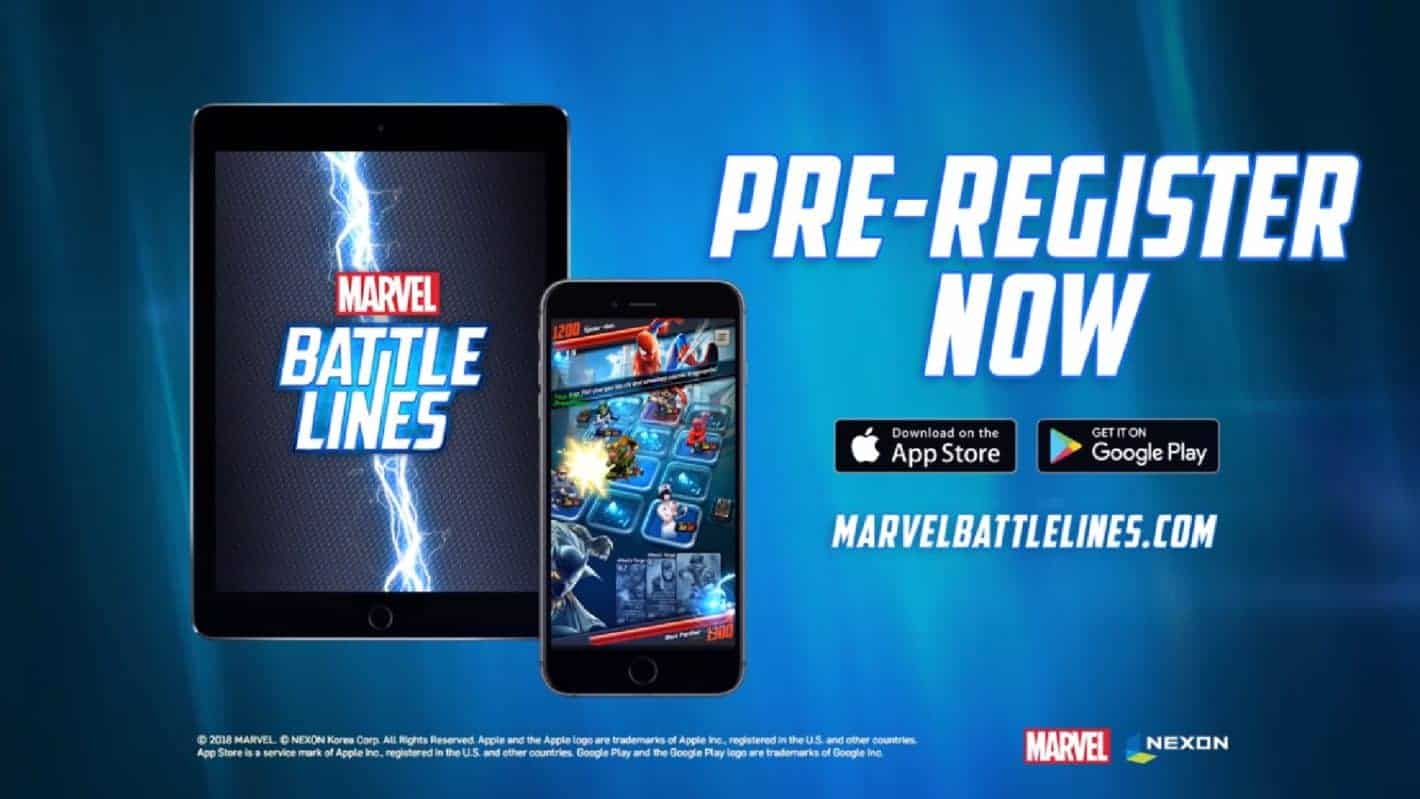 Marvel fans' long wait for an official card game on Android is over, thanks to MARVEL Battle Lines, currently up in the Play Store for pre-registration. This particular card game carries many of the conventions of the genre, along with a massive cast of Marvel characters from both the good and evil side of the universe. Players will build up a strategically sound team of unique fighters and pit them against the computer and other players in a ruthless, placement-based card battle where both who you've got on your side and where they're standing matters.

The highlights of this game include over 100 iconic Marvel heroes and villains, along with a slew of powerful abilities and enhancements for them. The rub with this game is that you're looking to arrange your cards on a 3 x 4 grid to make lines of corresponding cards that can trigger special effects and advantages in battle. Teaming up heroes from the same universe or team, such as four of the Avengers or Ant-Man and The Wasp, is just one example of how you can form an effective battle line. Another big selling point with this game is that Marvel writer Alex Irvine has created an entirely original, long-form storyline just for the game, intertwining the universes of all of the heroes and villains in the game. It's a safe assumption to make, given the game's format, that this storyline will likely go beyond the run-of-the-mill excuses to fight that usually punctuate mass crossover titles. As a bonus, the game will contain retellings of some of the most famous stories and battles in Marvel's long history, allowing the player to put themselves into their favorite comics and movies.

The mobile game is being developed by NEXON, famous for free-to-play MMORPGs and other multiplayer games in both the PC and mobile spheres. Right now, a definitive release date has not been announced. Even so, those who choose to pre-register will get Doctor Strange and 5,000 in-game gold at launch. If you'd like to be among those to get a notification and some in-game goodies once NEXON opens up the Marvel Universe for you and your cards to conquer, just hit the Google Play button below.