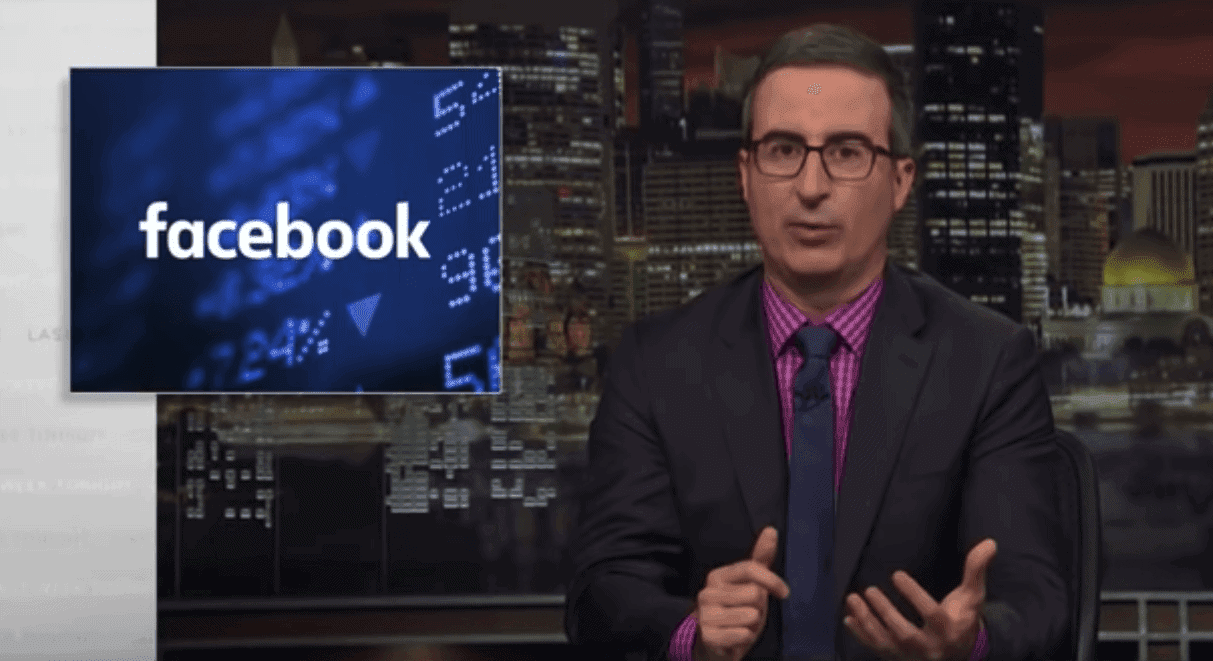 Last Week Tonight and its host, John Oliver, are quite well known for talking about the big topics and being completely blunt about it. So it's no surprise that the show did a makeover to the Facebook Apology Ad that the social network is plastering everywhere after the whole Cambridge Analytica scandal went down. Oliver's critiqued version of the ad is definitely not safe for work, but it talks about how Facebook will continue to find ways to harvest your data. Also bragging about how much money it'll make from that money. Which is essentially what Facebook is doing, and has always done.

Facebook has had a rough year, and its stock is only down 1.5-percent for the year. But it's Cambridge Analytica scandal pushed the stock down quite a bit back in April. But about two months later it had gained all of it back and reached new highs, hitting $215 before it released its earnings last week, in which case it lost nearly $120 billion from its market cap in a single day. Marking the largest single-day drop in stock market history. So it's been a pretty crazy year for Facebook. And the reason for the drop this time around was the disappointing numbers in monthly active users – the same reason for Twitter's big drop on Friday and today. Facebook had been growing at an astonishing rate, and then it just all of a sudden stopped after the Cambridge Analytica scandal broke. And that's because users decided that their information was more important than Facebook was obviously treating it, which was unfortunate for Facebook, but needed to be done.