Huawei announced a new engineering certification program meant to bridge the gap between academic talent in the field of artificial intelligence and enterprises seeking to utilize AI for commercial purposes. Called HCNA-AI, the program will help pave the way for young academics to enter the world of commercial AI development, testing their existing knowledge and providing them with new skills that should be of assistance in those efforts in the future. Besides existing talent, the initiative is also meant to help develop new AI engineers and hence address the relative lack of skilled workers in the emerging segment, the company said.

Huawei has been rather vocal about the shortage of talented AI developers in the world over the last several years but the HCNA-AI certification program marks one of the company's first attempts at tackling that issue head-on. Besides allowing the firm to continue profiling itself into one of the global AI leaders, the initiative is also likely to help Huawei keep a close eye on a lot of emerging talent in the field and possibly hire some of it moving forward. The Shenzhen, Guangdong-based technology juggernaut said as much, having directly related the program to its ambition to attract top AI talent as part of its HCNA-AI announcement.

The training and certification process is still being finalized and will be fully detailed at the next iteration of the Huawei Connect conference which is taking place in Shanghai this October, the company said. The latest development marks yet another step on Huawei's path to become an AI-first company by implementing machine learning and related solutions into the entirety of its product and services portfolio. Its efforts to infuse hardware with AI capabilities are presently largely concentrated on "Project Da Vinci," a secretive endeavor that's as much of a company-wide brainstorming effort as it is a long-term technology initiative, industry sources claimed earlier this summer. 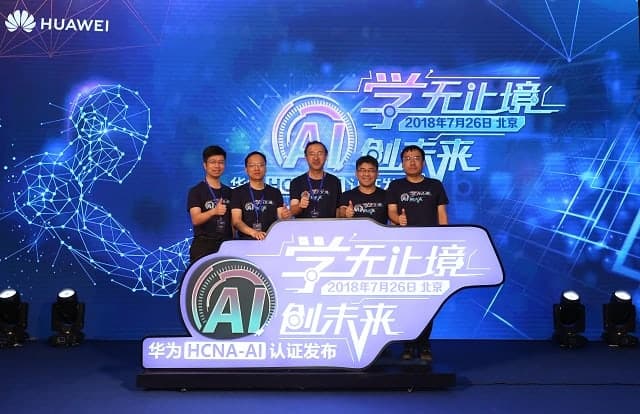