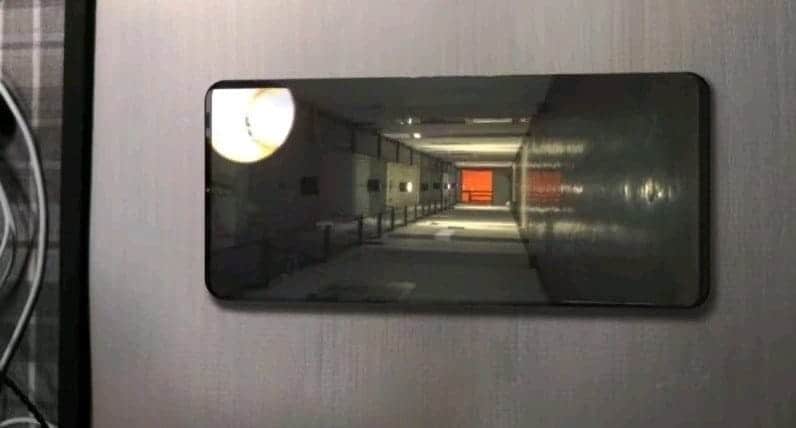 Huawei’s upcoming Mate 20 Pro Android flagship leaked online yet again over the weekend, having been sighted in one real-life image that emerged on Chinese social media network Weibo this Sunday. The photograph that can be seen above has been shared with a number of key specs, with the main takeaway being that the Mate 20 Pro may be more similar to the luxurious Mate RS Porsche Design Huawei launched earlier this year than the 2017 Mate 10 lineup it’s directly succeeding.

The list of similarities between the supposed Mate 20 Pro and the Mate RS Porsche Design includes a conventional 18:9 panel that lacks a display notch, as well as an in-screen fingerprint reader, though it’s still unclear whether the upcoming handset will also have a secondary, rear-mounted fingerprint scanner like the Porsche-branded does. The Kirin 980 system-on-chip manufactured by Huawei’s subsidiary HiSilicon is also said to be part of the package, as per the same source. The module in question still hasn’t been officially announced but is expected to debut late next month at this year’s iteration of the annual IFA trade show in Berlin, Germany. Besides the Mate 20 lineup, the same chip is also likely to be used by the P30 series of Android flagships which Huawei will probably debut near the end of the first quarter of 2019.

While the Mate 20 Pro will reportedly be succeeding the triple-camera setup found on the back of the P20 Pro, it will replace the latter’s 40-megapixel sensor with a 42-megapixel one, the new leak indicates. 40W fast charging will also be supported, though the exact battery capacity of the phablet remains unknown. The P20 Pro is still rated as offering the world’s best smartphone camera, according to established French benchmarking service DxOMark, with the Mate 20 Pro being expected to once again push the boundaries of mobile photography. Huawei is expected to officially announce its next high-end handset in the final quarter of the year.