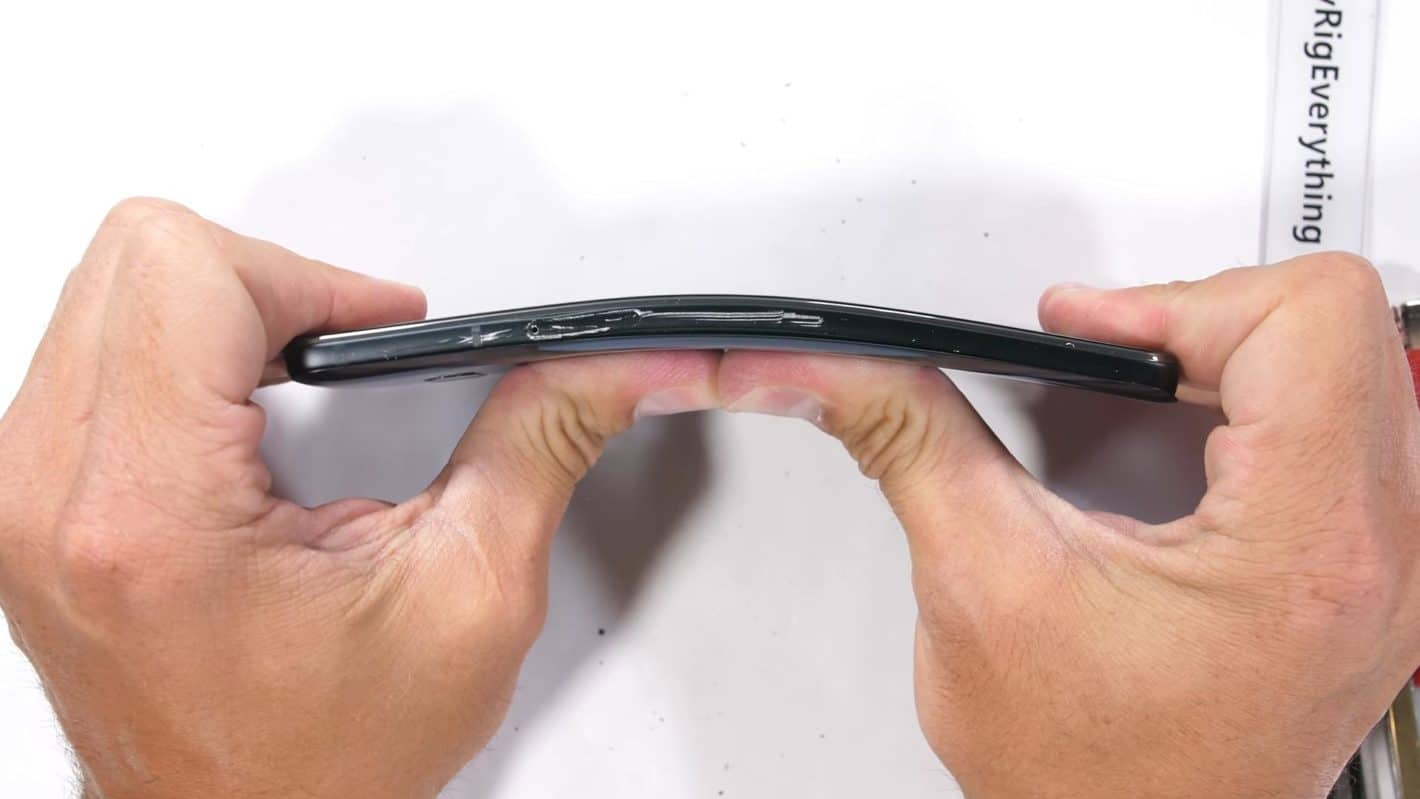 The HTC U12 Plus uses a Gorilla Glass 5 protection on the front, and the display got scratched at a usual level, with a level 6 pick, while deeper scratches were visible with a level seven pick. The phone's front-facing cameras are covered with that very same Gorilla Glass 5 protection, while some cloth is applied on top of an earpiece, and it's rather easy to remove the cloth from there, which is not the case with most modern smartphones. Rear-facing cameras are protected with Gorilla Glass 5 as well, same goes with a rear-facing fingerprint scanner it seems, or at least some sort of glass. The sides of the phone are made out of metal, and as most of you know, the HTC U12 Plus does not come with regular physical keys, it has button on the sides, but those are pressure-sensitive buttons (they can't be clicked), and they can be removed with a razor blade rather easily it seems, which is kind of strange.

Once those capacitive keys get removed, they don't work any longer. The SIM card slot is also made out of metal, while the phone uses a Super LCD display which lasted for about 10 seconds under the lighter flame before pixels died, but they recovered soon after. The phone did not shatter after Jerry applied pressure on the back and on the front, but it did flex quite a bit, and the back side could be removed afterwards, which brings the phone's IP rating into question if the phone flexed strongly enough.