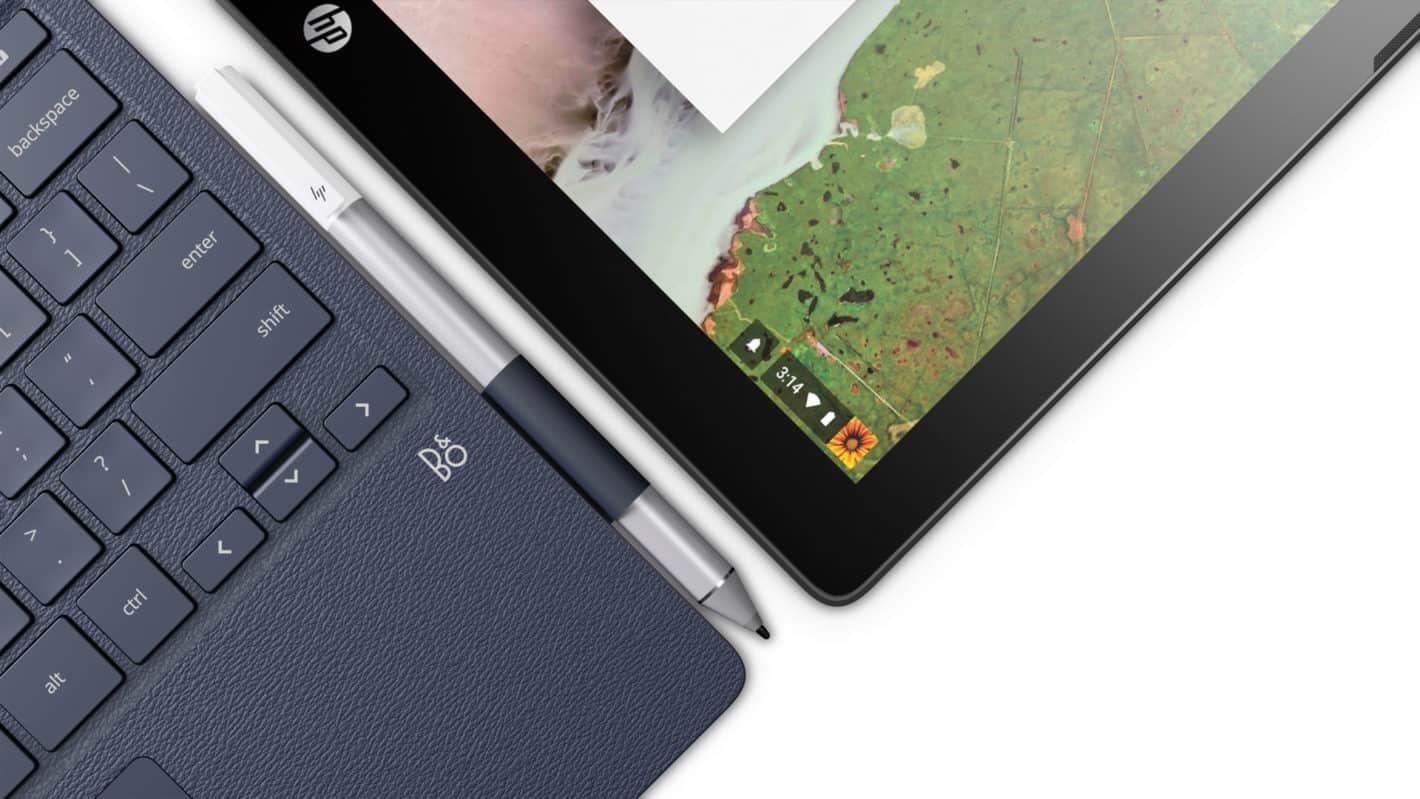 No fewer than five variations on HP's recently launched Chromebook X2 were spotted earlier this week in the documentation intended to assist service professionals to perform maintenance on the device. Although it had been speculated early on that the manufacturer may choose to offer multiple configurations, the documents all but confirm how HP is going to differentiate each iteration of its portable computer. Moreover, they provide some insight into the specs that can be expected beyond the current version, which sells for just under $600. At least two other models appear to be based on the same processor that's already available – namely, the 7th Gen Intel Core m3-7Y30. However, while the present model ships 4GB of 1866MHz RAM, both other models are listed as arriving with 8GB of RAM. One of those ships with the same 32GB of expandable storage as the current model and the other ships with 64GB storage.

Meanwhile, there is a more powerful Intel i5-7Y54 CPU included in the paperwork that starts out at a similar clock to the M3 variants but can be turbo boosted up to 3.2GHz. That's also backed by dual-channel memory at 8GB and 64GB of expandable storage. There's no pricing information included with any of the documentation but that will most likely be the most expensive of the Chromebook X2 variants. At the other end of the spectrum, yet another entry is shown with Intel's Pentium 4415Y processor on board and 32GB of storage. There's no indication as to how much memory will be included in that variation. Last but not least, the documentation appears to confirm that there will be both backlit and standard detachable keyboards made available at some point as well. That includes configurations for both the U.S. keyboard layout and the U.K. keyboard layout but there's no way to tell whether those will be available for or compatible with every version of the device.

HP has yet to officially confirm its plans for the Chromebook X2 or confirm any of what's been discovered in the associated documentation. That also means there aren't many other details available with regard to pricing or what other changes might be included with the different configurations.