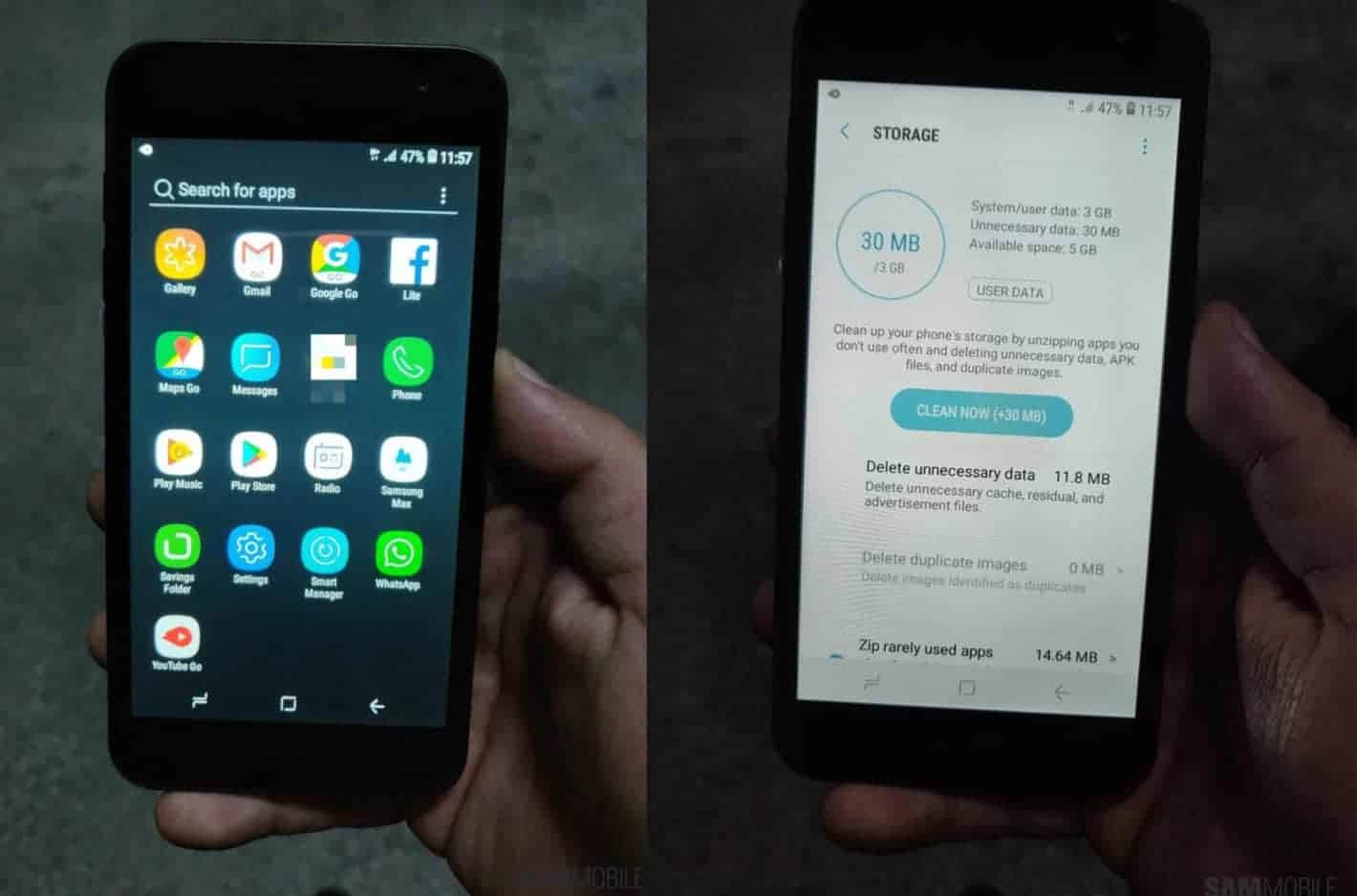 Samsung's first Android Go smartphone won't run a stock version of Google's mobile operating system, according to more than half a dozen leaked images said to be depicting the upcoming device which SamMobile shared earlier today. The photographs that can be seen below show a relatively traditional-looking device with regular-sized bezels and a 16:9 screen, as well as the familiar variety of Android Go apps, significantly streamlined versions of popular mobile tools such as YouTube, Gmail, and Google. Unlike every other Android Go device launched since Google first announced its smartphone initiative last year, Samsung's offering appears to be running the company's custom implementation of the OS as the overall interface shown in the images is largely identical to Samsung Experience, formerly known as TouchWiz.

The new leak also appears to be in line with some previously reported information about the handset, suggesting the handset is equipped with 8GB of flash memory and its firmware is based on Android 8.1 Oreo. The device depicted in the newly emerged images is understood to be a prototype and sports the December 2017 security patch, though the models meant to be commercialized later this year should be more up to date with Google and Samsung's latest cybersecurity efforts.

With the whole point of Android Go being to offer an optimal OS experience on entry-level hardware through aggressive RAM management and other optimizations, it remains to be seen how well will Samsung's proprietary implementation of the software actually run. The upcoming handset has 1GB of RAM, much like every other Android Go device on the market, and while Samsung's most recently released flagships are largely free of microstutters and lag that plagued some of their predecessors such as the Galaxy S7 lineup, Samsung's mobile software is generally considered anything but lightweight. It's still unclear when the company's first Android Go device might be released, though chances are that it won't be available for purchase globally and may instead only be targeted at developing markets.