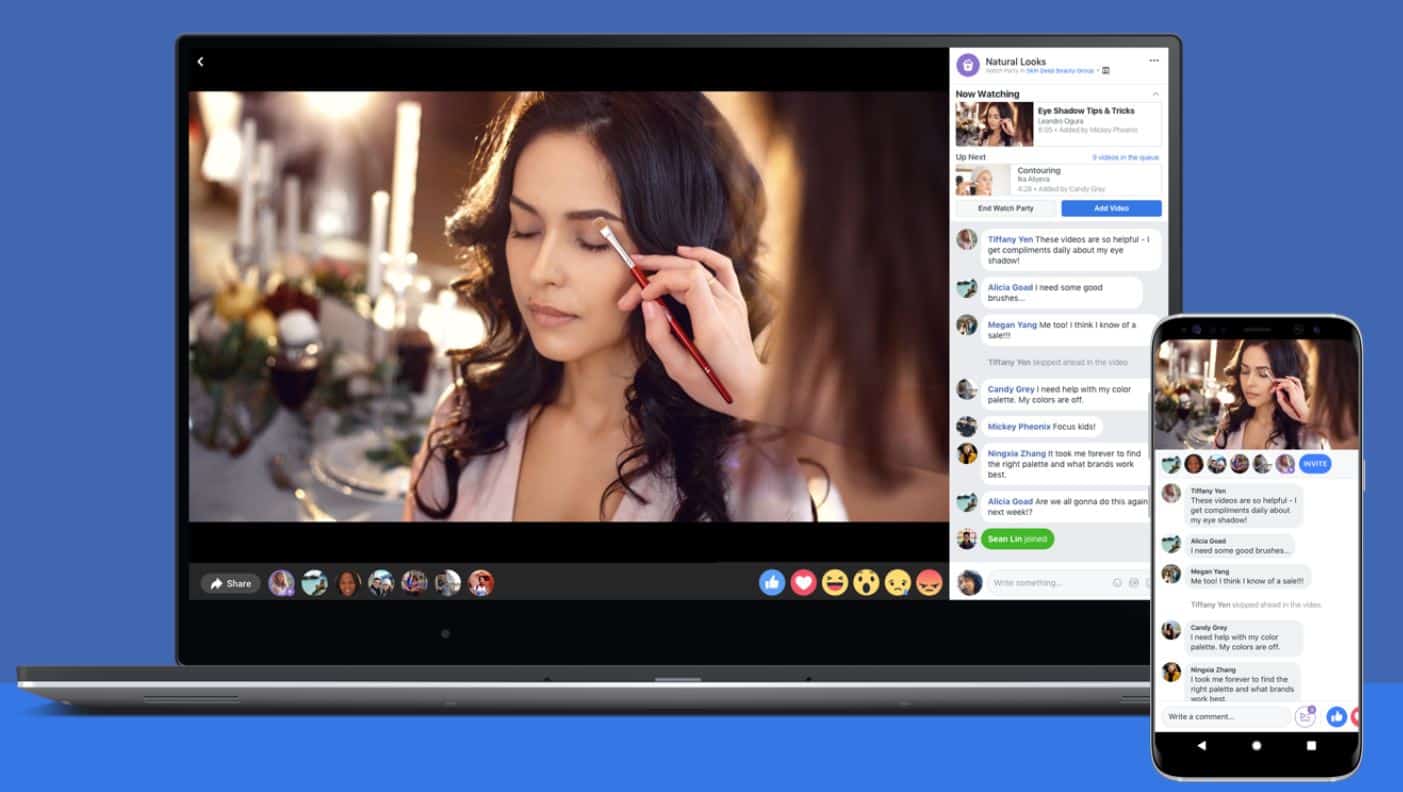 Facebook's Watch Party service is now available to all Facebook Groups, the company announced Wednesday, detailing yet another move that's meant to contribute to its video push and help the world's largest social media platform become a viable YouTube competitor. Much like its name implies, the primary purpose of Watch Party is to allow groups of people from all over the world to experience video content together in real time. By joining a Watch Party through a Facebook Group, you're effectively tuning into a broadcast, regardless of whether the video that's being viewed is pre-recorded or aired live. Besides watching content with other people, the service allows you to comment on it via a group chat service powered by Messenger.

In practice, Watch Party operates in a manner that's extremely similar to Twitch and YouTube's broadcasts, having apparently been designed to rival those platforms. Facebook is presently also experimenting with bringing the same functionality to friends outside of Facebook Groups but that particular expansion is still in a relatively early stage of development and the company has yet to attach a remotely specific launch timeframe to it. Ultimately, the Menlo Park, California-based firm wants Watch Party to be available in a broad range of contexts, allowing users to launch it via Groups, profiles of their friends, Pages, or any video they happen to be viewing.

Facebook believes Watch Party will help improve its user engagement rates in a significant manner, providing it with more monetization opportunities. Compared to the functionality that underwent beta testing in recent months, the globally available service supports Co-hosting, a way for Watch Party hosts to share their administrative responsibilities and tools, as well as Crowdsourcing, a tool that lets feed participants suggest new content for watching, with their proposal being sent directly to their host(s). A number of popular Facebook Groups will be hosting Watch Parties over the weekend in an effort to promote the new service, with the list of supporters including Buzzfeed's Tasty Group, Fitness Sisters, Echte Mammas, and Jamie Oliver's 5-day Veggie Challenge.