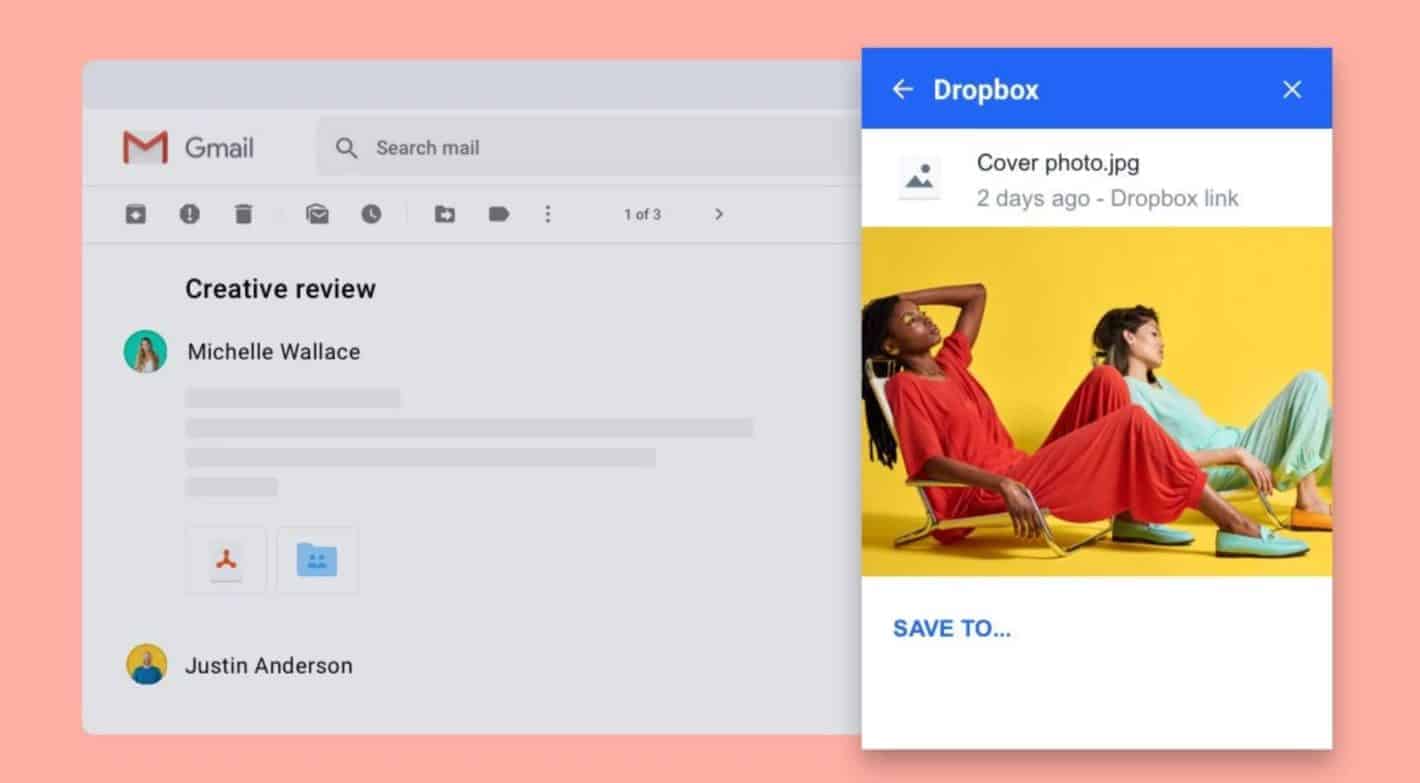 Dropbox announced a new add-on for Gmail designed to allow users to discover their files from the cloud service within Google‘s email platform. The new integration is part of an alliance between Google Cloud and Dropbox which was announced earlier this year as an effort to make the two apps work better with each another. The collaboration focuses on intertwining Dropbox accounts and features with key components of Google’s own Cloud solution for enterprise customers with the goal of reducing the number of applications users need to get work done.

The new Dropbox add-on for Gmail provides users with the ability to manage and collaborate on any file residing in the cloud while continuing to focus on what they are currently working on. The add-on works across various browsers and platforms and complements Dropbox’s other existing extensions for Google Chrome. The Dropbox add-on is located in the right sidebar of the redesigned Gmail where the buttons for opening the Calendar, Tasks or Keep tools are also found, as noted by Engadget. Once the Dropbox icon is tapped, the add-on begins to search for Dropbox attachments in all email threads, including Dropbox links and typical file attachment forms. Dropbox attachments will then be shown with more contextual information such as the name of the sender and file, share date, and file location.

Dropbox said the new add-on will first be available on desktops and the Gmail app for Android, while an iOS version is being planned to release soon. The add-on can also be downloaded from the G Suite Marketplace. As far as Google is concerned, the Dropbox integration means its G Suite product will become widely available to a broader scope of users, even though the partnership may be seen as an unusual move from a pair of companies competing in the cloud segment. Later this year, Dropbox also plans to add the ability to share links through a Gmail Compose window.