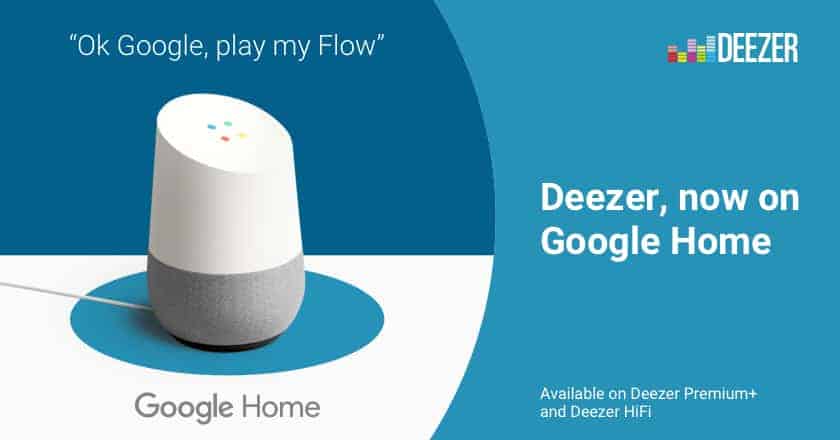 Deezer has just announced that it's launching high fidelity streaming on the Google Assistant in new markets. Deezer, for those of you who do not know, is a streaming service which has been around for quite some time. In any case, Deezer will give its users a chance to stream music hands-free in true CD-quality FLAC thanks to this update, and even though Deezer mentions Google Home devices (Google Home, Home Mini, and Home Max) in its press release, Deezer HIFI is not limited to Google Home devices, it will be available for a number of other smart speakers which come with Google Assistant, speakers from Sony, JBL, Polk Audio, and so on.

Deezer HIFI with the Google Assistant includes true lossless FLAC quality at 16-bit / 44.1kHz, and unlimited listening to over 36 million HIFI tracks from around the world, says the company. You can tell Google Assistant to play Flow, your personal soundtrack which uses smart data and algorithms in order to play familiar favorites and unheard tracks. You can also use voice commands to play albums, playlists, specific tracks, and so on… all you have to do is say "Hey Google, play rock music". In addition to announcing Deezer HIFI for Google Assistant, Deezer also said that Deezer on Google Home for HIFI and Premium+ users is now available in four new markets, including the US, Canada, Italy, and Australia, in addition to the existing markets (the UK, France, and Germany).

According to a comment from Deezer's Vice President of Hardware Partnerships, the company thinks that smart speakers are one of the fastest growing technology products adopted by users, which is why Deezer is putting its focus there. Deezer says that HIFI and Premium+ users can use the Google Assistant on any Deezer supported device, and the company also mentioned that new Deezer subscribers with Google Home in the US, Canada, Australia, the UK, and Germany will be able to sign up for Premium+ at a special price, you'll need to pay only $0.99 for 3 months. 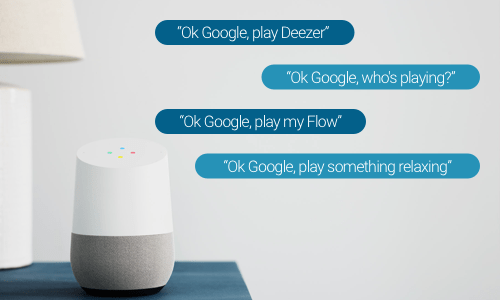