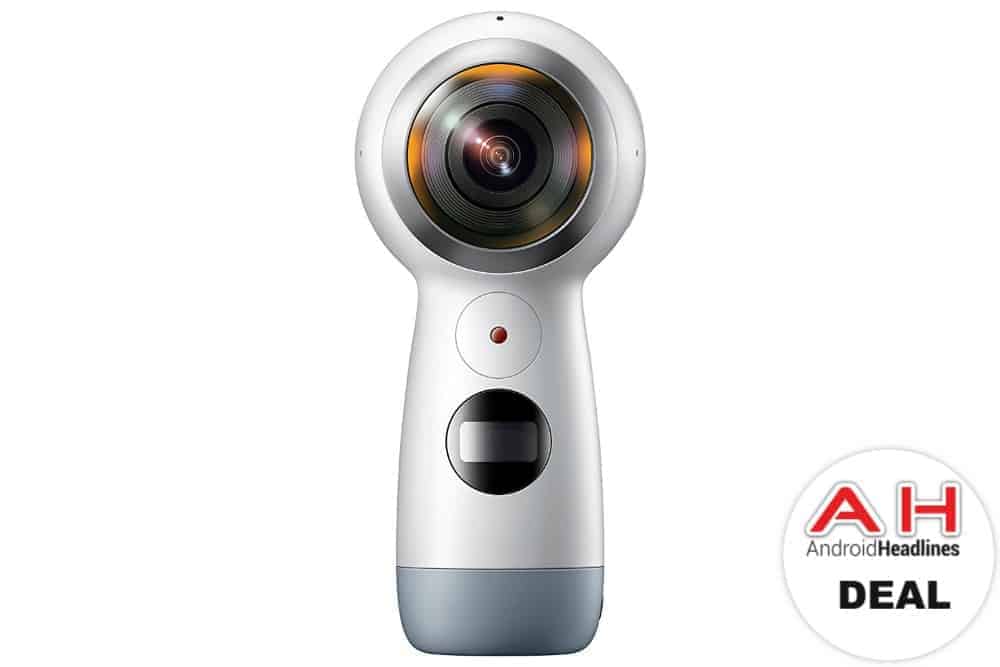 The Samsung Gear 360 is a second-generation product from Samsung and one which initially launched at $229.99 in the US last year. However, it now seems to have got a discount on Amazon to coincide with Prime Day and it's a fairly hefty discount as the popular 360-degree camera is available to buy for just over $93.

Compared to the original asking price, this sale price makes this a deal worth taking advantage of. 360-degree cameras have become increasingly popular over the last year or two as they offer a new way to take more engaging and richer images by stitching images together. For example, the Gear 360 has two wide-angle cameras (one on either side) which are capable of taking an image at the same time, and the result is then brought together to form one full 360-degree image.

Generally speaking, this camera is designed to work with Samsung devices so owners of a recent Samsung phone will benefit more from this purchase due to advanced features, such as the ability to use the phone as a means to control the camera and take shots. However, the Gear 360 does not actually require a Samsung phone in general so this is a product usable regardless of what phone you own. As the device is also designed for use in a standalone fashion by pointing the camera where you need it to, hitting the take a picture button, and then manually transferring the images off the device. So irrespective of the Samsung branding, at this price point you'll be hard-pressed to find a better 360-degree camera.

Advertisement
Buy Samsung Gear 360
Trusted By Millions
Independent, Expert Android News You Can Trust, Since 2010
Publishing More Android Than Anyone Else
0
Today
169
This Week
661
This Month
3173
This Year
104652
All Time
Advertisement