Chinese consumer electronics manufacturer Blackview is back with another value-oriented device in the form of the Blackview A30, an Android-powered phablet with a 5.5-inch screen using an elongated 19:9 aspect ration that's priced at only $69.99. That particularly low price tag is offered as part of the handset's launch promotion that's running until July 31, with the company positioning the Blackview A30 as the ultimate budget device targeting a wide variety of consumers. The price of the device will go up to $89.99 on August 10, whereas the phablet is set to start shipping to customers who pre-ordered it on August 15.

The Blackview A30 runs the latest stable edition of Google's mobile operating system — Android 8.1 Oreo — out of the box and is equipped with 2GB of RAM, as well as 16GB of flash memory expandable via a microSD card slot. The handset features a display notch so as to maximize the screen real estate that's on offer while maintaining a relatively small physical footprint. Not accounting for the said cutout, its panel uses a more conventional 18:9 aspect ratio which most popular apps on the Google Play Store already support. The rear panel of the Blackview A30 houses two 8-megapixel cameras, whereas its display notch features a 5-megapixel sensor with face unlock support.

The smartphone maker claims its latest offering also offers an unprecedented level of performance compared to other handsets in the same price bracket and is consequently advertising the Blackview A30 as the ultimate budget device suitable for a broad range of use cases and networks. The company is shipping the smartphone internationally, as is the case with all of its other products. The Blackview A30 is offered in Cool Black, Soft Gold, and Deep Blue, with all three colors having the same price tag attached to them. Refer to the banner below to pre-order your unit or find out more details about the device. 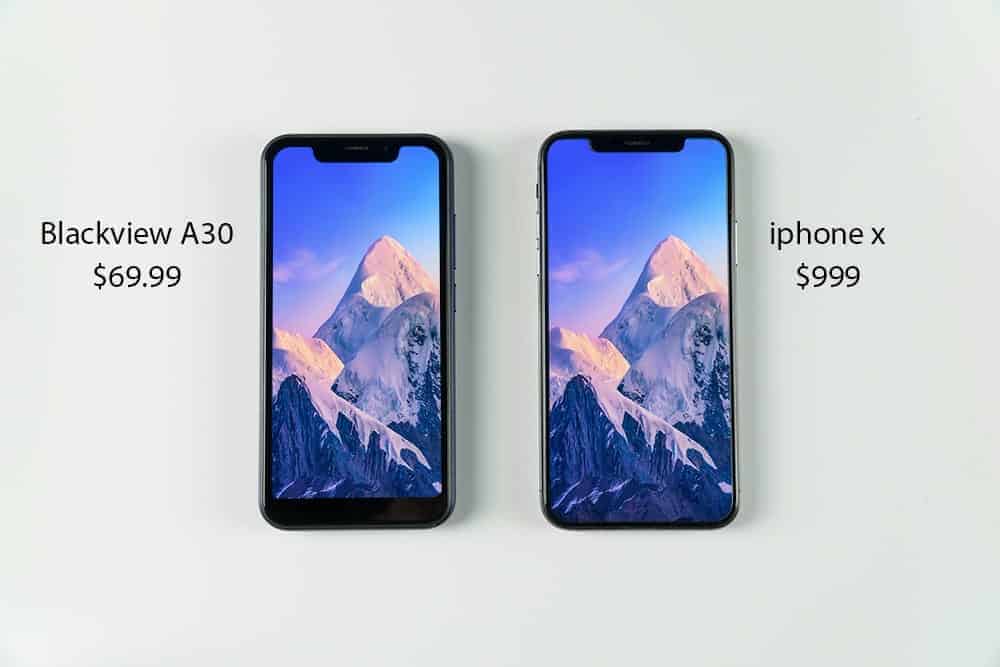