Electronics startup Essential released a new beta build of Android P for the Essential PH-1, having confirmed the development on Wednesday, shortly after Google launched the fourth beta version of its upcoming operating system upgrade. The software will soon be distributed to all Essential PH-1 owners participating in the company's Android P beta program and can also be downloaded and flashed manually if you're particularly impatient.

As has been the case with the first three beta builds of the OS and the alpha preview that preceded them, both Google and Essential are strongly discouraging consumers from using the fourth Android P beta firmware on their daily drivers, stating that the software may still feature major bugs or other issues that can diminish the overall user experience and are only meant to be ironed out for the first stable iteration of the OS. Instead, the Android P beta program is solely meant to be used by developers so that they can optimize their apps for the next version of Google's mobile OS. After final system APIs debuted with Android P beta 2 this spring and finalized system behaviors were introduced with the fourth beta build launched yesterday, app creators have everything they need to ensure their apps are ready for the next-generation software.

As can be seen in the screenshot below, Essential is referring to the new experimental OS build for the PH-1 as Android P Beta 3, though the firmware includes all code changes and additions Google launched as part of its fourth beta update. To make things even more confusing, the newest Android P version is technically the fifth developer preview released since early March, much like Google previously promised as part of its Android P roadmap. The OS is set to hit the stable channel by the end of this quarter, most likely next month. 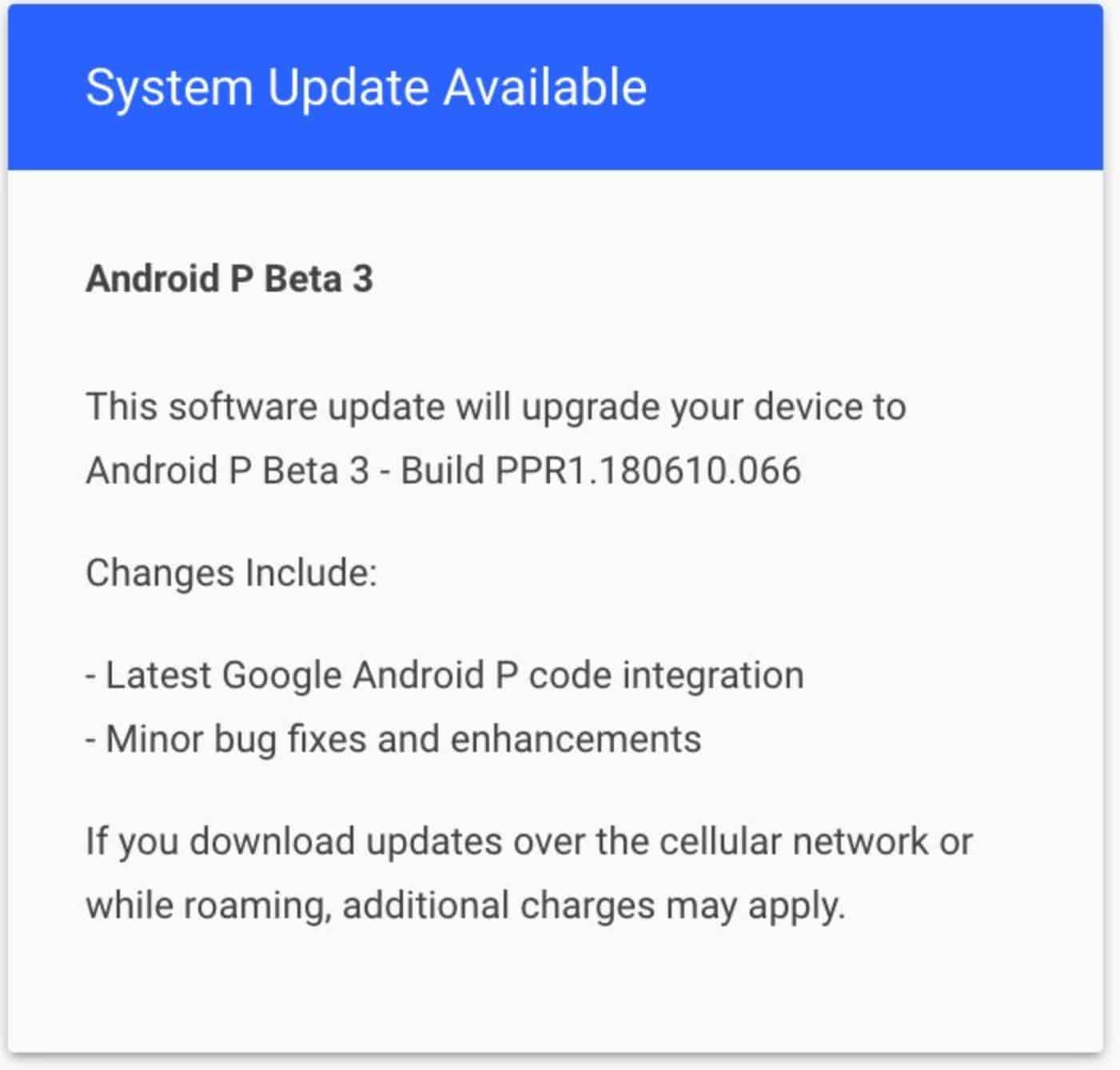