Researchers have tested thousands of voice commands dictated by more than 100 people across 20 cities. The overall accuracy rate for Spanish, Chinese, and Indian people was approximately 80 percent. According to Rachael Tatman, a Kaggle data scientist, this points to bias in the data used to train both Alexa and Google Assistant. She also added that Alexa and Google Assistant are providing the best results, if the commands are coming from “white, highly educated, upper-middle-class Americans, probably from the West Coast”. That is not all that surprising considering that it all started on the West Coast of the US, as that is where Google’s headquarters is located, and that’s where the development of Alexa started as well. 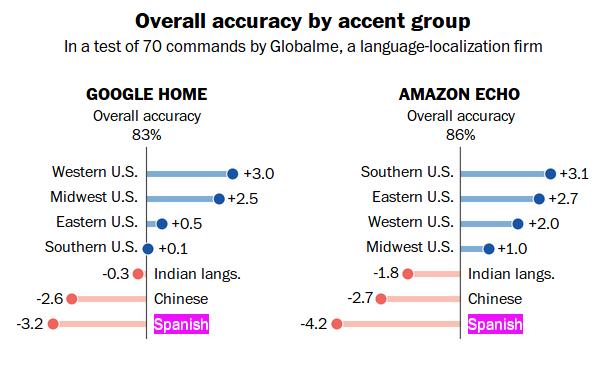