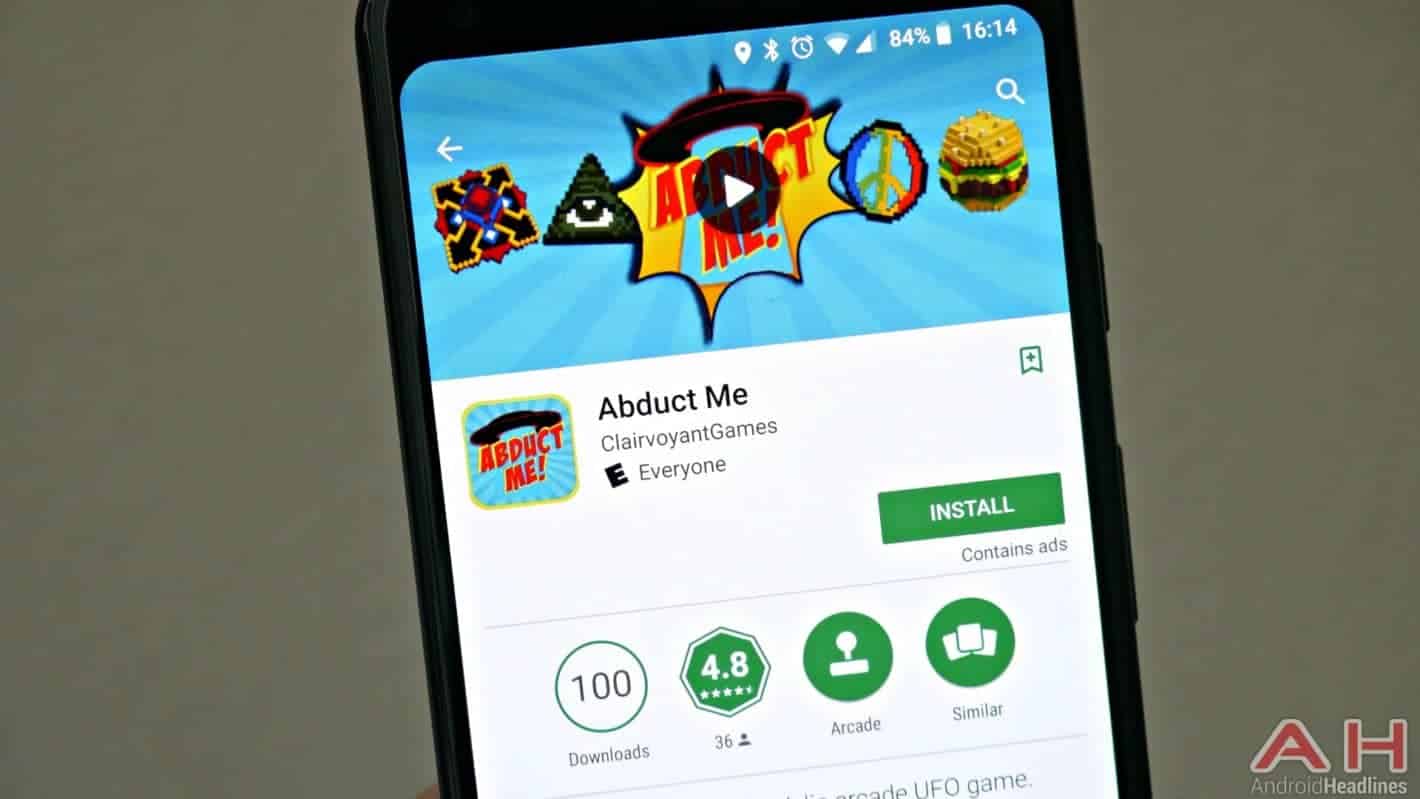 There have been video games that let you fight off alien invaders since the medium itself was in its infancy, but games that let you flip the script and play as the invaders are a bit rarer, and Abduct Me from ClairvoyantGames is one of them. The game is an arcade-style romp through a number of environments where you'll tap on landmarks and objects to destroy them with lasers, and tap on hapless humans to tractor beam them into your UFO. The core gameplay is quite simple, but there's a lot to take in and a ton to do.

The frenetic action takes place in portrait orientation and from a fixed angle, limiting your view and the scope of things you can do at any given time. To fix that, you'll tap on buildings to center the camera on them, or swipe horizontally to change the camera's angle. When the game first starts up, you'll be given mostly free reign, but as the clock ticks on, there are a number of factors working against you that you'll have to deal with. Police, fighter jets and more will stand in your way, and much like civilians and their cars, they can be abducted by tapping them. The real threats, especially early on, come from ground-based installations like missile bases. Those will have to be destroyed like normal buildings, and until you do, they'll continually damage your ship, and eventually take it down. Games take place over a number of rounds, and as those rounds proceed, the city and its defenses evolve, and things get more hectic. You can also fight bosses at certain stages. Customization and upgrades come through in-game currency, which can be abducted. Playing as things like an Illuminati triangle, a hamburger and a game controller, meanwhile, requiring the watching of a quick ad before you begin a round.

Abduct Me is ClairvoyantGames' first game, and is already starting to garner good ratings in the Play Store. Before releasing onto Google's marketplace, the game managed to find fans and support during its development cycle, leading up to its eventual release for free on indie gaming site Itch.io, where you can still download the APK file if you have a reason not to download the game through Google Play. There are no advertisements unless you voluntarily view them to earn new UFOs, and the game is completely free with no in-app purchases.