By the end of 2018 there will be 33 million cord-cutters in the US, according to the latest predictions by market research company, eMarketer. To be clear, the predictions are not based on those who use streaming or digital live TV services in addition to traditional pay-TV packages (defined as cable, satellite or telco), but those who use a digital service instead of opting for a traditional TV option – they either have no traditional TV service or canceled it.

Furthermore, this is only the start of things to come with eMarketer suggesting the number of cord-cutters will near 40 million by the end of 2018, hit 45 million by the close of 2020, surpass 50 million in 2021 and just nose over the 55 million line by the close of 2022. In other words, by the end of 2022 the number of cord-cutters in the US alone will have more than double the number noted by eMarketer for 2017 (24.9 million). These figures effectively mark revised numbers as the report points out that while it had been expected cord-cutting would see an increase in 2018, it was not expected to be as much of an increase as is now predicted. With the firm originally forecasting only 27.1 million cord-cutters by the close of this year.

eMarketer largely explains the predictions on the basis of two key areas. The first obviously is the price and availability of the streaming-based services. As not only do they require less hardware, but they typically cost less on a monthly basis and do not require any lengthy contracts to get started. The second reason given is the increase in interest of original content offered by these streaming services with the report suggesting some users opt for a specific service based on the quality of the originally programming offered. Interestingly, while the report looks to spell an increasing decline for traditional pay-TV services, eMarketer does expect the decline to be a little slower than it could otherwise be – largely due to pay-TV providers already forging partnerships and new avenues as a means to maintain customers. Although this is largely considered to be a temporary solution by the market research company, and not a permanent one. 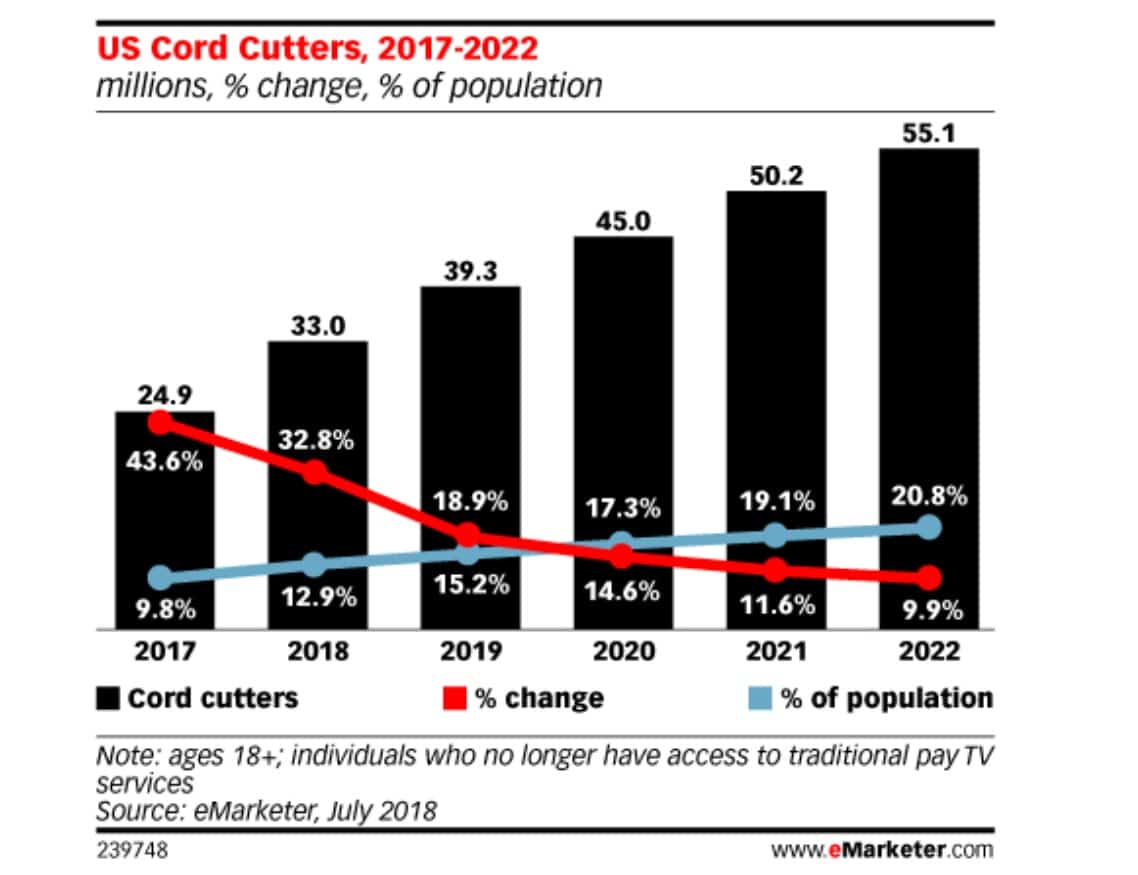