Vivo has just announced its much-rumored flagship, the Vivo NEX. Some rumors suggested that it will be called the Vivo NEX S, but the company opted for a clear “Vivo NEX” branding instead. Having said that, this phone sports one of the highest screen-to-body ratios out there, if not the highest. The Xiaomi MI MIX 2S clocks out at 81.9-percent, while the Nubia Z17s reached 90.36-percent. In comparison, the Vivo NEX comes with a 91.24-percent screen-to-body ratio, even though some people expected it to be even higher, and break the 95-percent barrier, mainly because the company’s working APEX concept smartphone that was shown off in February at MWC came with a 98-percent screen-to-body ratio. In any case, let’s see what this handset has to offer piece-by-piece, shall we, starting with specs.

The Vivo NEX features a 6.59-inch fullHD+ Super AMOLED display, along with 8GB of RAM and 256GB of internal storage. The device is fueled by the Snapdragon 845 64-bit octa-core processor, while it includes a 4,000mAh battery on the inside. 12-megapixel (f/1.8 aperture, 4-axis OIS, Dual Pixel sensor) and 5-megapixel (f/2.4 aperture) cameras are included on the back of the phone, while a single 8-megapixel “Elevating Camera” serves as the phone’s front-facing camera. Android 8.1 Oreo comes pre-installed on the Vivo NEX, while Vivo’s Funtouch OS 4.0 is included on top of Google’s operating system. Bluetooth 5.0 is included in this package as well, while the phone measures 162 x 77 x 7.98mm, and weighs 199 grams. As far as sensors are concerned, these are the ones that are included in the device: infrared, light, accelerometer, virtual gyroscope, and digital compass. The phone comes in Black and Red color options, and a protective case comes with it in the box. 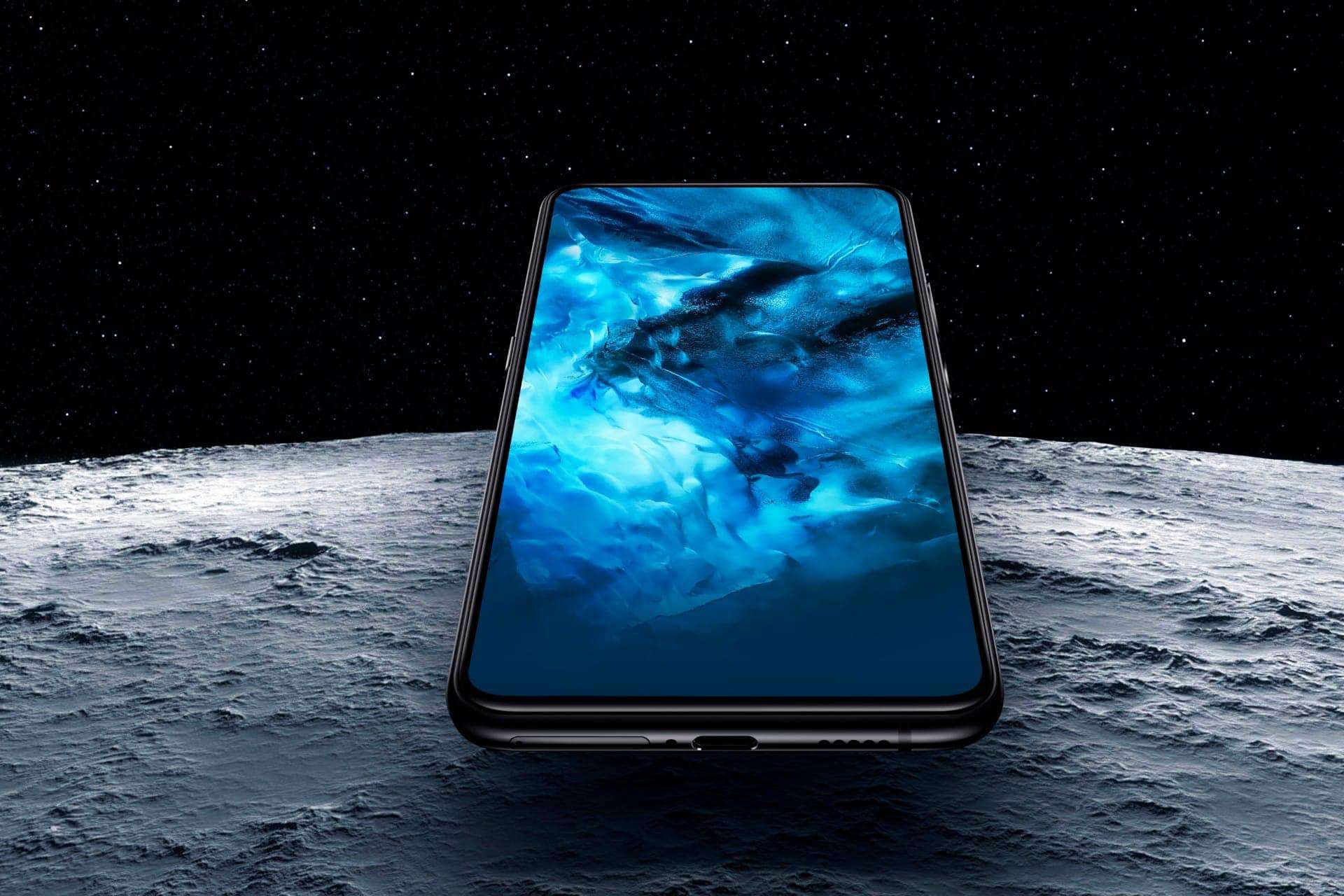 The phone itself is made out of metal and glass, while its display sports extremely thin bezels, and display corners are rounded. The power / lock, volume up and volume down buttons are placed on the right side of the Vivo NEX, the phone’s customizable physical key sits on the left, while a Type-C USB port sits on the bottom of the device, and the company even managed to include a 3.5mm headphone jack here, it’s placed on the top of the device. A SIM card tray is accessible from the bottom of the Vivo NEX, and that’s where you’ll find the phone’s loudspeaker as well. Two vertically-aligned cameras are included on the back of the device, while both “Vivo” and “Nex” brandings are placed back there as well. The phone features a rather interesting pattern on the back as well, and the back side offers gradient colors. 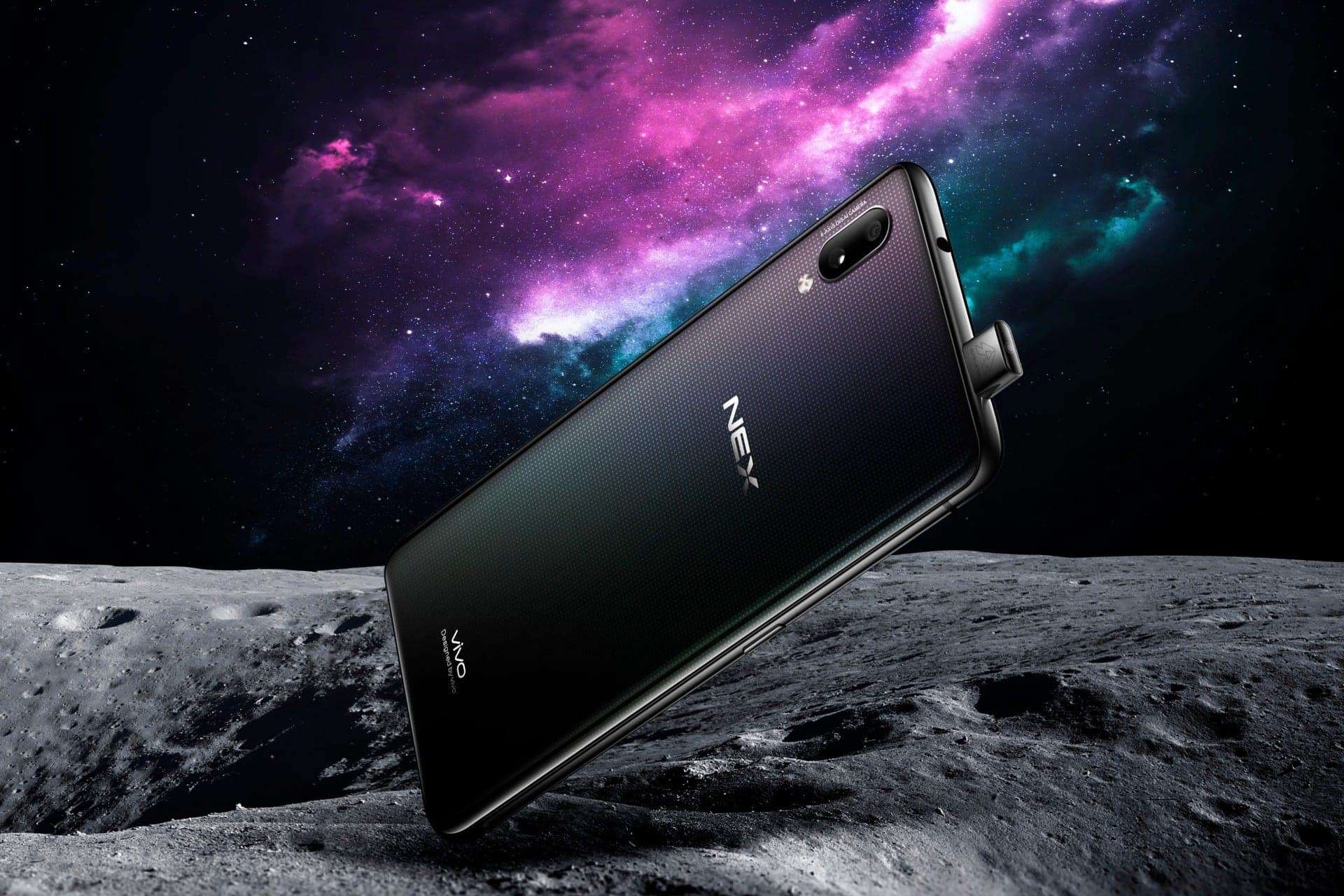 The Vivo NEX sports a regular camera setup on the back, while the “Elevating Camera” is tucked away on the inside of the phone, and it serves as the device’s front-facing shooter as soon as you switch modes inside the camera app. Vivo says that the transition is “instant”, and that probably means that it takes the “Elevating Camera” less than a second to get into position for shooting. As far as the phone’s rear-facing camera are concerned, you will find 12 and 5-megapixel sensors back there. The phone’s main 12-megapixel camera comes with an f/1.8 aperture lens, Dual Pixel sensor and 4-axis Optical Image Stabilization (OIS). An LED flash is available on the back as well, while OPPO opted to include an 8-megapixel camera with an f/2.0 aperture lens for the front-facing shooter. The phone’s cameras come with at on of modes as well, as far as the front-facing camera is concerned, you can choose between Live Photo, Face Beauty, AI HDR; Portrait Bokeh, and Panorama modes, while AR sticker and AI filters are also included. As far as rear-facing cameras are concerned, you’ll be able to choose between Slow Motion, AI HDR, Live Photo, Face Beauty, Portrait Bokeh, Panorama, AI Photo Composition, Time Lapse, while AR stickers and AI filters are also a part of the offering.

The Vivo NEX comes with a 4,000mAh battery which is not removable, and that battery quite probably supports Quick Charge 3.0 or 4+ fast charging by Qualcomm, even though Vivo did not mention it in its press release. It is also unknown whether there are any software options that included in Vivo’s Funtouch OS to help boost the phone’s battery life, but Vivo probably included something. Speaking of which, the Vivo NEX comes with Funtouch OS 4.0 UI, which is based on Android 8.1 Oreo.

Vivo announced that the NEX will be available in China, but the company did not say when or how much will it cost. Vivo also did not say whether it will be coming to countries outside of China at some point, though we may get some additional info after the company wraps up its event.