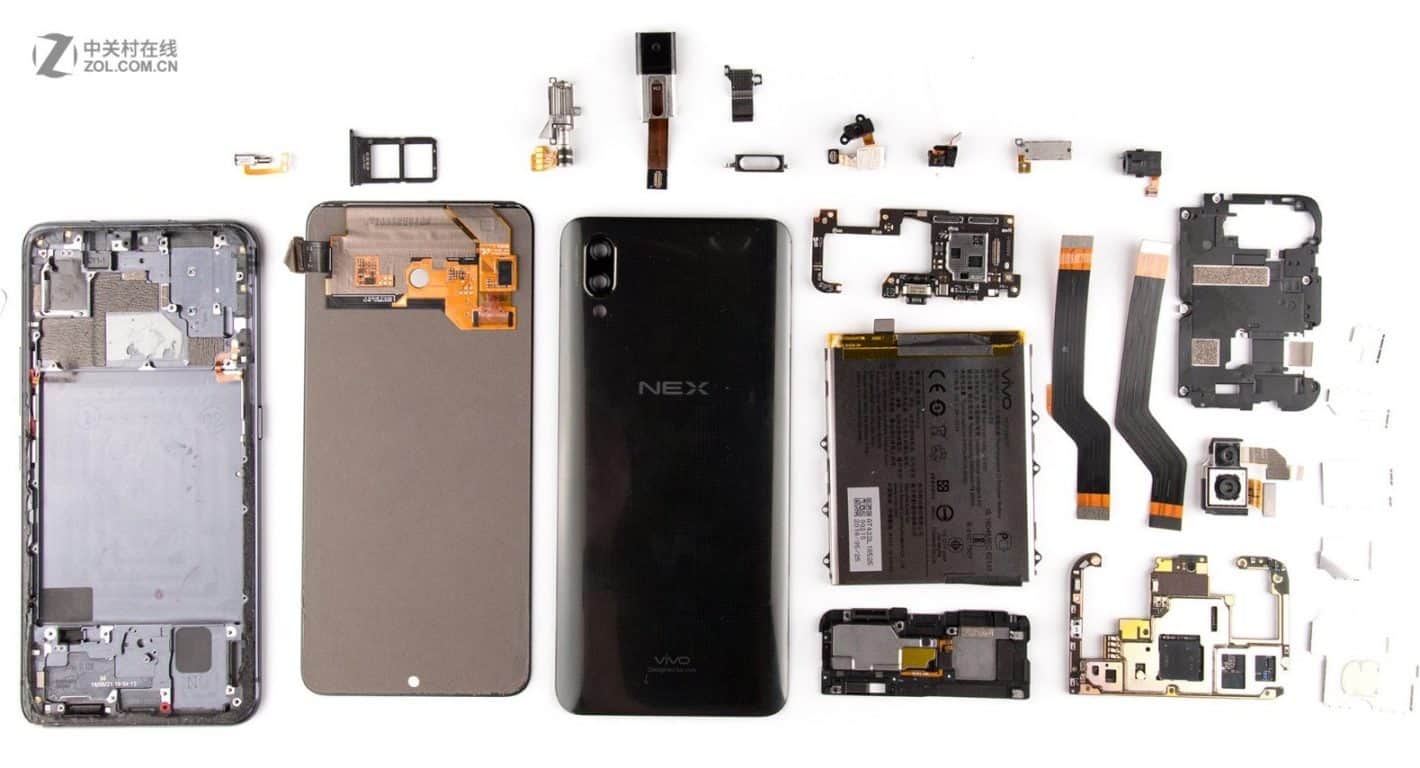 The Vivo NEX had been announced quite recently, and the very first teardown of this handset appeared in China, revealing some details about the phone, mainly how its pop-up selfie camera works. The Vivo NEX is arguably one of the most innovative smartphones to have been announced this year, in addition to the pop-up camera, the phone comes with a 91.24-percent screen-to-body ratio, which means that in addition to the OPPO Find X has the thinnest bezels around.

Now, this first teardown comes from people over at ZOL & MyFixGuide, and it explains that the camera is able to pop up thanks to the spring-loaded motor that uses a silver spiral stepper, you can even check out an animated image down below in order to see that motion. Thanks to the provided GIF image, you can see the whole system on the inside of the phone, and the included moving parts. Interestingly enough, Vivo also got rid of an earpiece, in other words, the company opted not to use it in the Vivo NEX, instead, Vivo used a vibration motor that helps project sound at the top of the display when needed, like when you’re in a phone call. This is actually a similar system that Xiaomi used on the Mi MIX with a piezoelectric system, though Vivo’s solution is able to provide a much clearer and louder sound, according to the source. In addition to the pop-up camera, and an interesting alternative to an earpiece, the Vivo NEX also comes with an in-display fingerprint scanner. This fingerprint scanner uses a special camera that is able to detect your fingerprint through NEX’s OLED display, which is a different approach to the one Vivo used in the X21 UD smartphone.

Now, as you have probably already guessed, the Vivo NEX is not exactly the easiest phone to repair, as a result of all this. The pop-up camera is one of a kind, and it contains moving parts, while in-display fingerprint scanners are not exactly a standard yet, not to mention the company’s earpiece alternative. MyFixGuide notes that the Vivo NEX was not that easy to disassemble, but truth be said, that was to be expected. If you’d like to get more info regarding the Vivo NEX teardown, follow the source link down below.