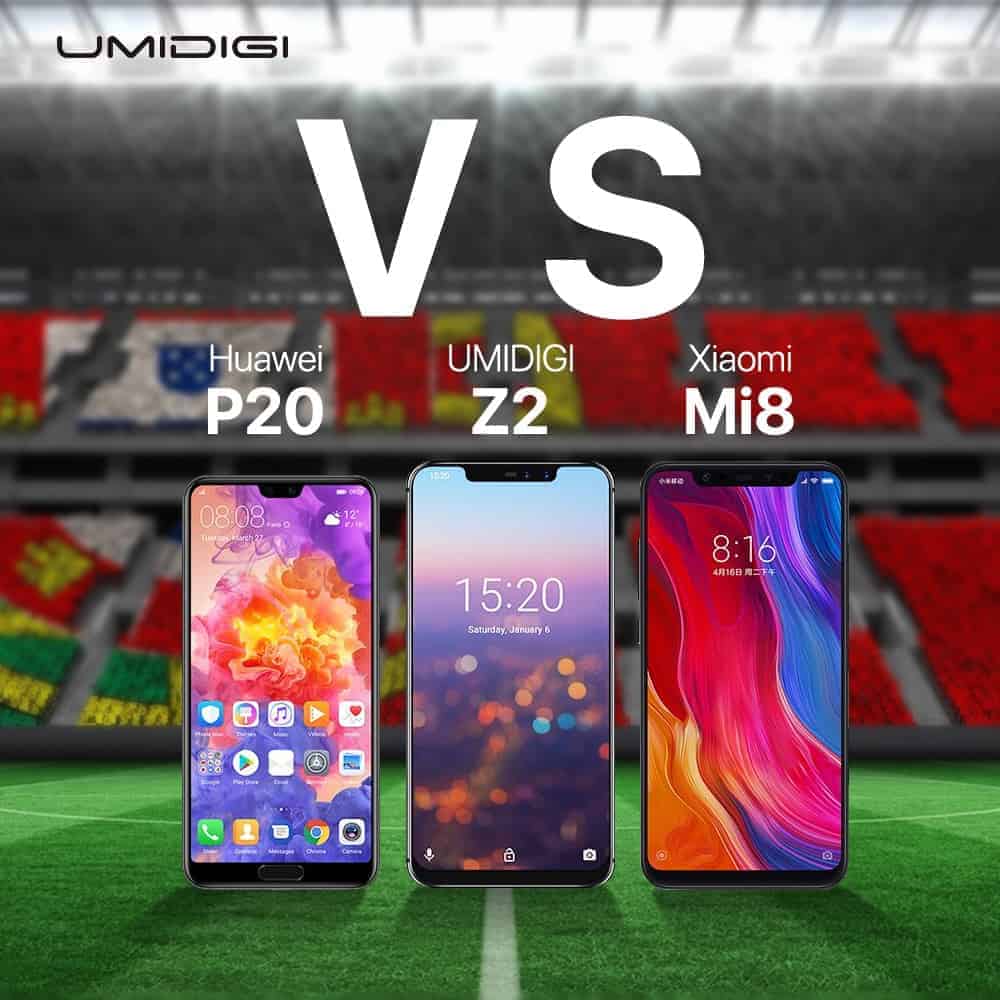 The UMIDIGI Z2 is a very new phone as it only recently entered its pre-order period and with it being such a new phone, many will want to know how it compares to other phones. To try and help answer that question UMIDIGI has now released a new video which specifically compares the UMIDIGI Z2 against two current and high-profile smartphones: the Huawei P20 and the Xiaomi Mi 8. The results of which can be seen in the video below.

Of course, there are some major differences between these three phones with the Huawei and Xiaomi options coming with better processors and camera capabilities. However, along with those differences comes a vast difference in price as the UMIDIGI Z2 is arriving to market with a $299.99 price attached. So regardless of how it compares to these two phones, it is arguable the UMIDIGI Z2 offers more of a flagship experience than other phones priced at the $300 level. For example, the UMIDIGI Z2 offers a premium design thanks to the employment of a curved glass body and the use of a Twilight color, along with a 6.2-inch display and a notch. Design as a whole is an area UMIDIGI argues the Z2 wins out when compared to the Huawei and Xiaomi phones.

Inside, UMIDIGI has not held back here either packing the Z2 with 6GB RAM, 64GB storage and a MediaTek Helio P23 processor. Along with a dual rear camera setup comprised of 16 and 8-megapixel cameras, as well as a second dual camera setup on the front of the device. This is all in addition to fast charging support where the company states a full battery refill is possible in as little as eighty minutes, and support for 36 global bands. With battery life and band support being two more areas where UMIDIGI reckons the Z2 is better when directly compared to the Huawei and Xiaomi options. Coming back to the cost, not only is the UMIDIGI Z2 priced at $300 but during the pre-order period the phone can be picked up for only $249.99. More information on the UMIDIGI Z2 is available through the link below. Also below is the new comparison video in full pitting the UMIDIGI Z2 against the Huawei P20 and the Xiaomi Mi 8.