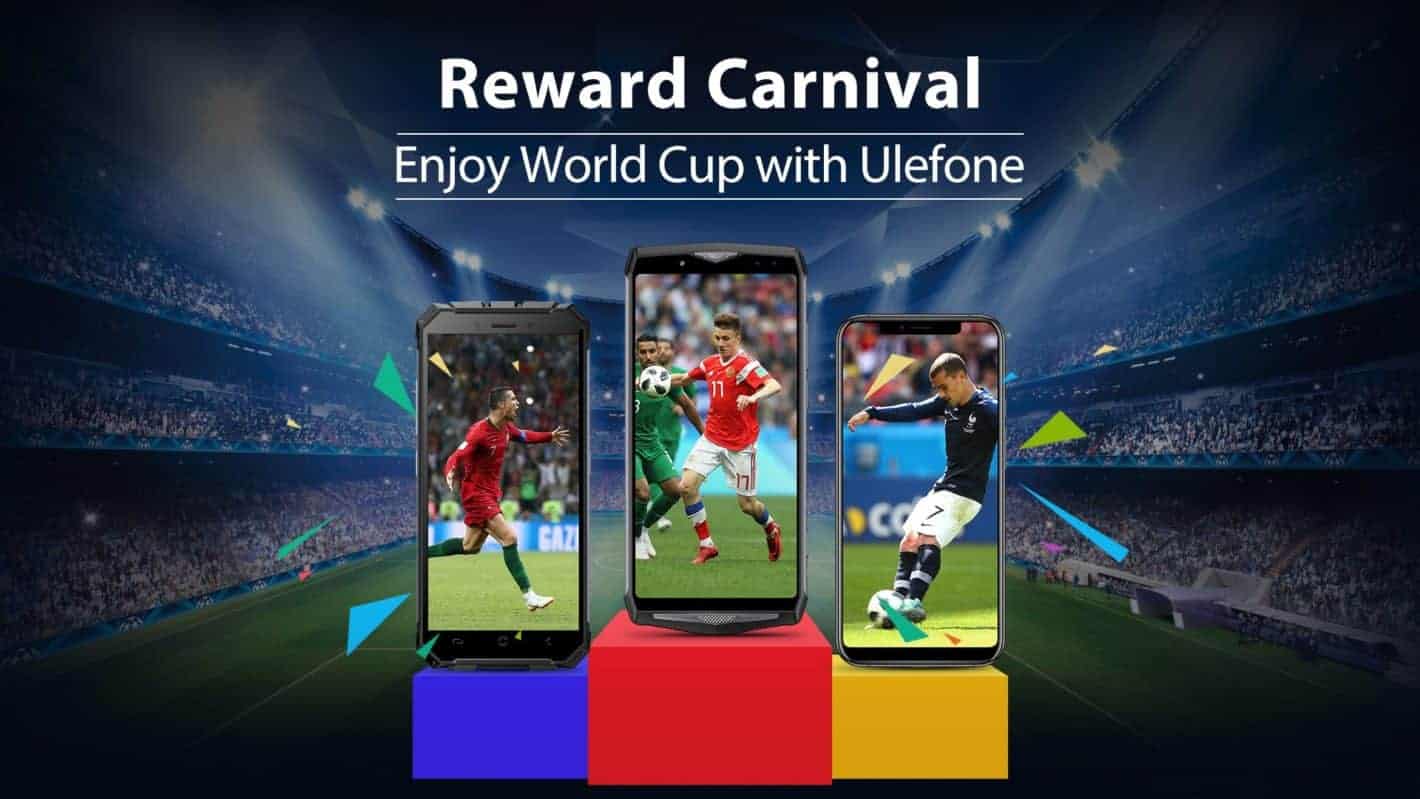 Ulefone has now joined in with the World Cup 2018 celebrations through a selection of offers and promotions on some of its products. For example, Ulefone is hosting a contest where one lucky person will win a Ulefone Power 5 smartphone for free. This is one of the newest phones to come from Ulefone and one which places its focus on battery life due to the inclusion of a 13,000 mAh capacity battery. Making it a smartphone packed with a battery that is three to fours times greater in capacity than most modern flagship smartphones. For those who want to be in with a chance of winning a Ulefone Power 5, they will need to head over to the official Ulefone website and log in. Once done they can enter the contest by stating who their favorite team is along with providing Ulefone with an email address – before July 15.

In addition, Ulefone is also offering those interested the chance to get a coupon which can be then used against the purchase of a Ulefone X. This is another new smartphone from Ulefone and one which not only offers an all-screen design, but also wireless charging. The Ulefone X is now available to pre-order (and already is seeing a discount for those who do pre-order). However, for a chance to bring that price down even more, those interested simply need to submit an email address.

Continuing with the World Cup savings theme, Ulefone has confirmed it's also running various promotions on its social media channels, including Facebook and VK. It is worth noting that not all of the promotions are for savings, as Ulefone is also offering the chance to win a free gift, such as a wireless charger. Speaking of which, anyone who does make a Ulefone product purchase during the World Cup will also be entered into a contest for the chance to win a mystery prize. Last, but not least, the likes of the Ulefone X, Power 5, and the durable Armor X are also part of another promotion where they can be purchased for just $1. For more information on all of the current Ulefone World Cup-related promotions, head through the link below.

Advertisement
Ulefone World Cup Ulefone X
Advertisement
Trusted By Millions
Independent, Expert Android News You Can Trust, Since 2010
Publishing More Android Than Anyone Else
25
Today
144
This Week
399
This Month
5143
This Year
106618
All Time
Advertisement