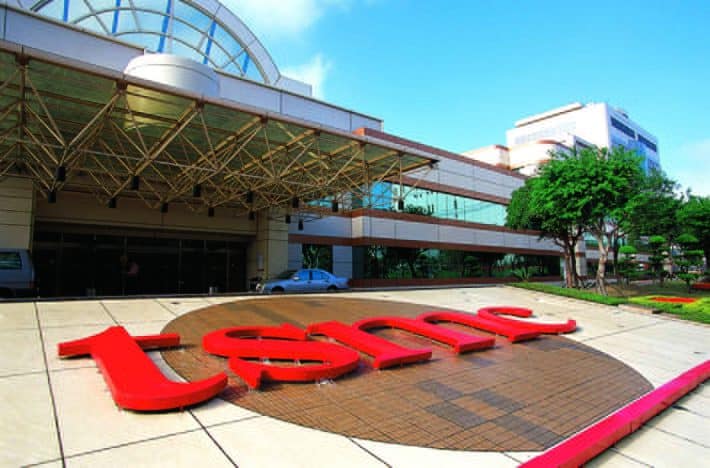 TSMC reportedly began mass production on its 7nm chip process earlier this month and is now apparently slated to scale up again later this year, according to CEO CC Wei. In fact, the boost in overall production of 12-inch equivalent wafers in 2018 will increase production by nine-percent year-over-year to 12 million. That further increase will center across approximately 50 chip designs on its 7nm process, with a focus on AI, GPU and cryptocurrency applications for the silicon. However, it also includes 5G and application processors. In addition to orders from Apple, Wei says the increase is fueled by customers such as AMD, Nvidia, and Qualcomm, as well as around seventeen others. The majority of those orders will be ready and shipped by the first half of next year. That seems to set its schedule slightly ahead of the one set by one of its main competitors, namely Samsung.

Meanwhile, Wei says that 5nm silicon risk production, built on the same EUV node as the 7nm process, will begin in the first half of 2019 as well. It plans mass production of those chips by the end of that same year or by early 2020. If successful, TSMC may be able to meet its prediction that it will be the first to roll out the 5nm chips. The expectation is that those will come from its 12-inch wafer fab at the Southern Taiwan Science Park, dubbed Fab 18. Not content to stop there, Wei says that TSMC’s 3nm production facilities will be installed alongside those 5nm production lines, though there’s no clear indication as to when production on those might begin.

The news comes on the heels of similar announcements from Samsung, in conjunction with Qualcomm, and ARM, as the battle to push the possibilities of silicon production to new levels continues to heat up. At this point, TSMC appears to have an edge over Samsung, although that could change at any point in the process. TSMC has planned to make a total investment in the 5nm process of around $24 billion and around $16.5 billion in investments in Fab 18 alone. The new technology promises vastly superior efficiency and power just in time for 5G and a newly revitalized IoT, regardless of which company gets there first.